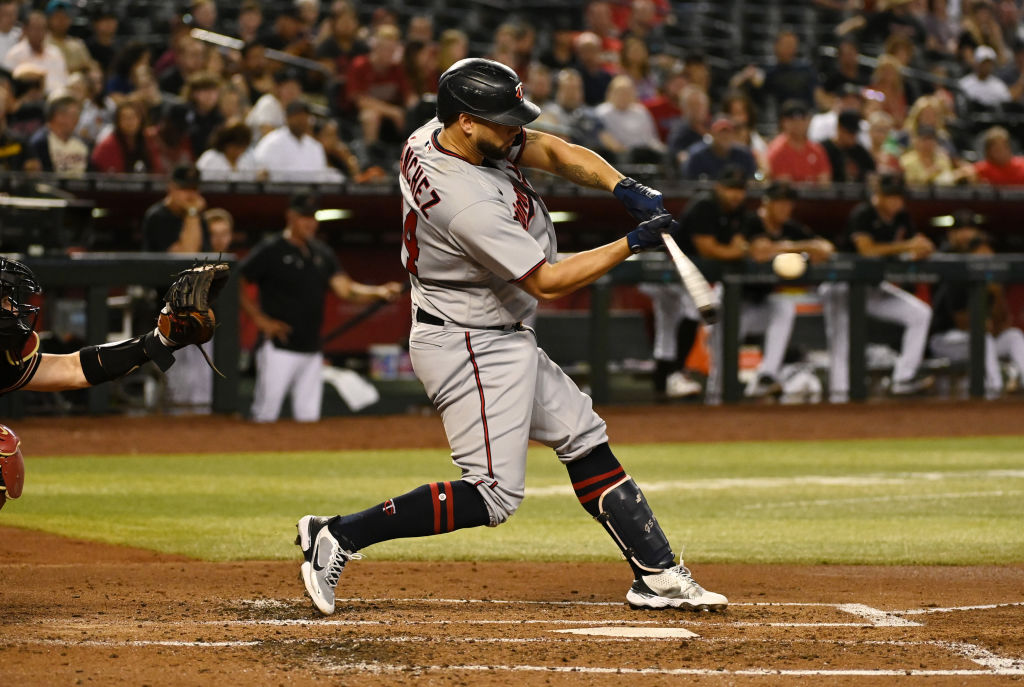 It’s Week 13 of the fantasy baseball season and things are beginning to heat up as we inch closer to the All-Star break. Monitoring the waiver wire for potential pickups at this time of the year could be the difference between winning and losing your fantasy baseball league. Minnesota’s Gary Sanchez is beginning to prove himself in his first season with the Minnesota Twins after beginning his career with the Bronx Bombers. The power-hitting catcher has launched nine homers through his first 50 games of the season. If you need help at one of the most offensively challenged positions, catcher, Sanchez could be your man. Let’s take a look at Sanchez and a few other players fantasy owners should consider adding to their roster in Week 13.

For a batter that is hitting .317 with 64 hits and 29 RBIs this season, Harold Ramirez is under-owned. Ramirez hits pretty consistently and has been particularly efficient over the last month. In his last 15 games, Ramirez has had 18 hits, seven RBIs, and two homers for a .400 batting average. Although Ramirez isn’t a hold house name, he could be a monumental addition to your fantasy baseball squad.

Zack Greinke was outstanding throughout the 2010s. However, his three-year stint with the Astros (2019-2021) didn’t work out. Throughout his time in Houston, Greinke recorded a 22-10 record. However, Greinke has thrown for an ERA of 4.00 in each of his last two seasons and currently sports a 4.71 ERA in his first season back in Kansas City.

Despite a rough start to the 2022 campaign, Greinke produced at least 20 FPTS and allowed just two runs over his last two starts (12 innings pitched) before being pummelled by the Astros last night in a revenge game. His ERA dropped from 4.38 to 4.71. Still, it looked like Greinke was beginning to round into form before allowing six runs in five innings to the hot-hitting Astros yesterday. While Greinke is 38 years old and certainly out of his prime, his stuff has been somewhat encouraging over his last few outings. Fantasy owners in need of starting pitching may want to consider adding the veteran who is available in more than 60% of leagues.

With a .279 batting average, 51 hits, 26 RBIs, and 11 home runs, it's surprising to see that Cardinals’ first baseman Juan Yepez remains available in approximately 40% of fantasy baseball leagues. Yepez has had .318 OBP with 23 runs through his first 54 games in the major leagues this year. Finally, Yepez has both first basemen and third basemen eligibility in most fantasy baseball formats, making him even more valuable. The 24 year-old rookie is having an excellent regular season for the Cardinals, and he's certainly worth taking a look at in this week's fantasy baseball waiver-wire.

Mets’ starting pitcher David Peterson is having himself a great season. With a record of five wins and only one loss, Peterson is helping the Mets remain one of the strongest teams in the National League. Over his last three starts, he’s produced at least 19 FPTS. Notably, he’s struck out 25 batters over his last three starts, with 10 of them coming against the Rangers on July 1. Since he’s struck out 60 batters this season, Peterson has recorded nearly half of his strikeouts over his last three starts. As the Mets keep cruising, Peterson is potentially the team’s hottest pitcher at the moment. He is available in approximately 45% of fantasy baseball leagues at the moment. New York’s pitching staff is going to be unstoppable if Peterson keeps this up considering Max Scherzer returned to the mound last night and Jacob deGrom should be back before the end of Summer.

Our mock draft simulator is a way to practice for your next draft or to simply have a bit of fun. Try it out for free!

Before landing in Minnesota this season, Gary Sanchez was the Yankees starting catcher. Though they replaced him with Jose Trevino, Sanchez is doing just fine with his new team in Minnesota. This year, Sanchez is batting .218, up from his last two seasons in New York. Last season, Sanchez batted .204, and though he was limited to 49 games in 2020, he batted an abysmal .147 that season. Sanchez is hitting the ball slightly better this season. He has amassed 51 hits, 34 RBIs, and nine homers. Sanchez is still a big name in baseball and is certainly worth taking a look at as we start rolling through the second half of the regular season.