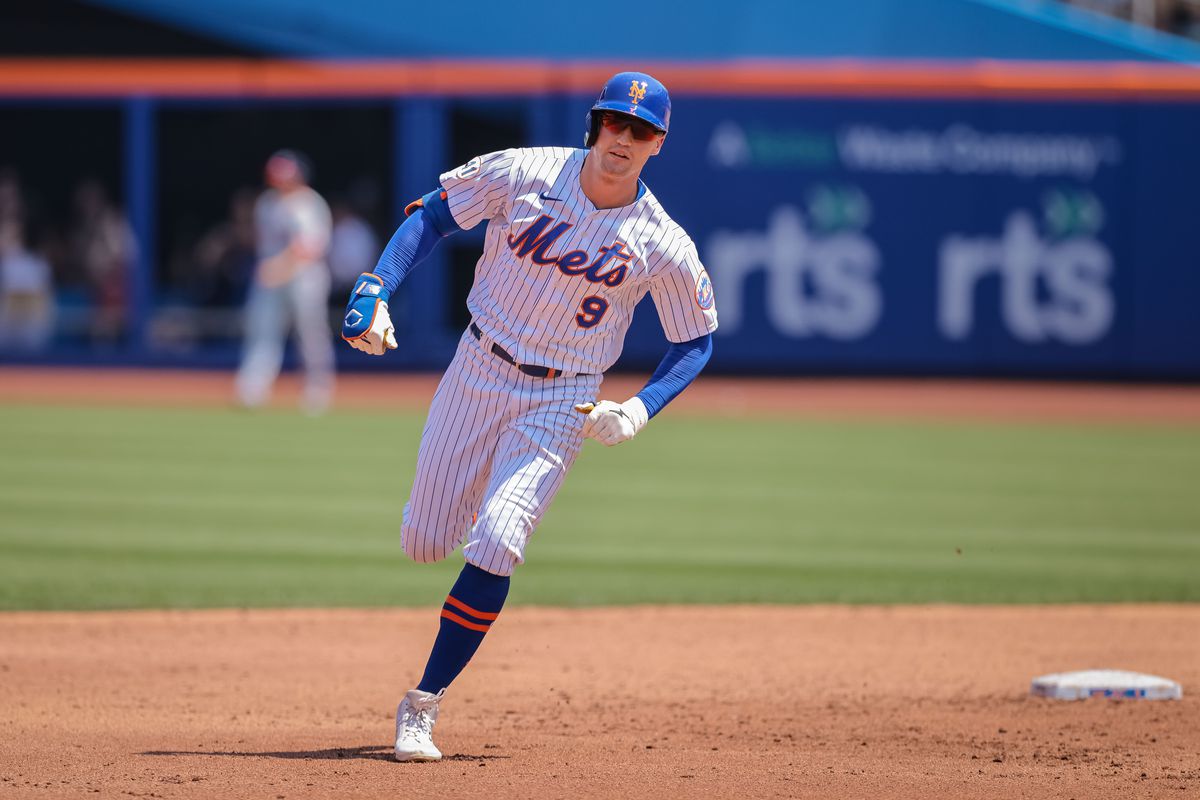 As the Mets keep cruising in the National League, two members of their ballclub should be at the forefront of all fantasy baseball owners’ minds. Starting pitcher Tajuan Walker has racked up 19 strikeouts over his last two starts while Brandon Nimmo’s consistency at the top of the Mets’ lineup makes them interesting waiver-wire pickups in Week 11. We’ll also talk about Pirates prospect Oneil Cruz, who is quickly being added to rosters before firmly moving out of the minor leagues this season. Let’s take a look at some of the best MLB waiver-wire pickups.

Tajuan Walker pitched a huge game on June 12th, striking out 10 Angels batters for a 3.13 ERA and 26 FPTS of production on the night. He followed that up with a huge performance at the mound on Saturday to help the Mets beat the Marlins 3-2. He only allowed two hits and one run for nine strikeouts in 6.2 innings pitched (97 pitches). In 11 starts this season, Walker has averaged a strong 2.88 ERA for 59 innings pitched and 44 strikeouts. More specifically, Walker has pitched at least five innings in nine of the 11 games he took the mound for the Mets this season. He’s also only had one game in which he finished with an ERA of 4.00 or above this season, demonstrating that Walker is a pitcher the Mets can count on consistently to challenge opposing hitters. Though he only remains available in approximately 25% of fantasy baseball leagues right now, fantasy owners should certainly take a look if Walker remains available from waivers before he is picked up.

Mets outfielder Brandon Nimmo has recorded at least one hit and one run in four of his last five contests. With 20 RBIs and 25 runs and a .276 BA this season, Nimmo has remained an important feature of the Mets’ batting lineup in 2022. This season, he’s played 59 games for 218 plate appearances, which shows that Nimmo is in the Mets starting lineup the majority of the time. This adds further value to Nimmo who is available in approximately 40% of fantasy baseball leagues but plays in almost every game for the cruising 44-23 Mets.

In 20 games played so far this season, Michael Harris II has already tallied 24 hits, 13 runs, and 12 RBIS. He’s done so batting .324 this season, only striking out 17 times this season for a total of 74 plate appearances. Harris II is only hitting better as the MLB season keeps rolling. While his BA on the season sits at .324, he’s batted .362 over the last 15 games, and .370 over the last seven. As one of the Braves newest faces in 2022, Harris II has made the most of the first 20 games of his rookie season. Fantasy owners should certainly consider picking him up, as his hitting numbers have been exquisite for the Braves but remains a free-agent in more than 40% of fantasy baseball leagues.

Dane Dunning has pitched 71 innings for the Rangers this season and has already struck out 68 batters. He’s therefore averaging an impressive 0.96 Ks per inning pitched in 2022. While he’s racked up an ERA of 4.04 through his first 13 ball games of the season, he’s produced at least 11 FPTS in six of them. For a pitcher that is available to be picked up from waivers in more than 80% of fantasy baseball leagues right now, Dunning is a value pickup for any owners looking for a pitcher to add to their roster.

We all know to start our studs but what about that fifth or sixth starting pitcher on your fantasy baseball roster? Check out Fantasy SP’s unique Start / Sit Tool!

In 21 games played so far this season, Braves shortstop Orlando Arcia has already generated an impressive .344 BA for 22 hits, 12 RBIs, and 7 runs in 64 plate appearances. It is noteworthy than in each of Atlanta’s last four ball games, Arcia had four at bats (16 at bats in last four games). While he’s only had one hit over his last eight at bats, Arcia knows how to read pitches and make contact with the ball. He also knows when not to swing and has walked to first base eight times this season (walked eight times for 64 ABs). With Arcia, you have a solid player who's only about 20 games into his season but has consistently been efficient on offense.