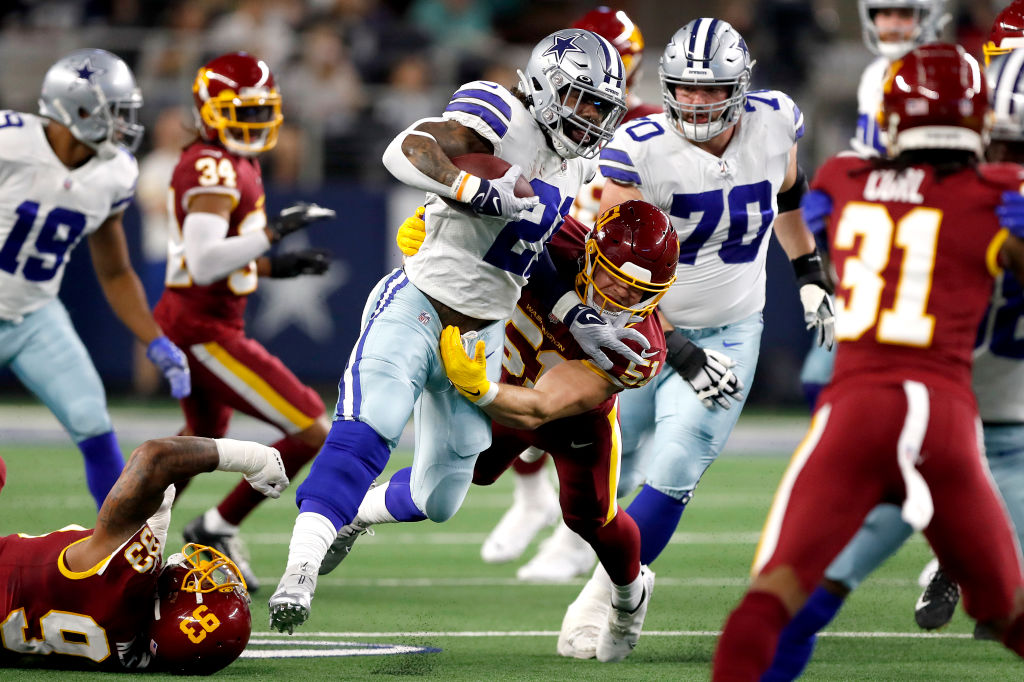 We have already looked at some undervalued fantasy football options due to their current Average Draft Positions. Now it's time to look at a few players who may be overvalued considering how early they are being drafted ahead of the 2022 fantasy football season.

Nobody is being drafted as early as Nick Chubb who must share significant backfield duties with a teammate. Kareem Hunt has played solid football in Cleveland and even better football back when he was a youngster for the Kansas City Chiefs. In turn, he’s earned and could keep earning some of Nick Chubb’s time on the field. Chubb was a player selected in the first round of the NFL Draft just five years ago but already finds himself in a threatening timeshare situation with Hunt.

According to Fantasy SP’s ADP Rankings, Chubb is currently being selected ninth off the board, including ahead of RB Alvin Kamara (10.13), Davante Adams (10.80), and Ja’Marr Chase (10.83). I would even consider selecting Javonte Williams (12.13) or Travis Kelce (12.77) ahead of Cleveland’s top offensive weapon. The former Georgia Bulldog rushed for 1000+ yards (note: exception - 2018, 996 rushing yards) and at least eight touchdowns in each of his first four seasons in the NFL. Still, Hunt’s versatility forced Cleveland to give him 78 rushing attempts which he turned in 386 rushing yards and five touchdowns in 2022. Chubb missed some time with injuries and Hunt served admirably as the lead back. Additionally, Hunt ended the season with two more receptions than Chubb despite much fewer snaps, indicating that the Browns feel as comfortable (and potentially more comfortable) running short passing plays for the running backs out of the backfield with Hunt on the field instead of Chubb.

All that said, Chubb should still be picked early in the second round of fantasy football drafts. However, guys like Alvin Kamara and Davante Adams possess a significant amount more upside than Cleveland’s workhorse. NFL defenses have become accustomed to Chubb’s rushing abilities. Expect teams to hyperfocus on him at the line of scrimmage in 2022, which could harm his efficiency out of Cleveland’s backfield, especially given the lack of resolution in quarterback Deshaun Watson’s domestic violence case. As a result, stay away from Nick Chubb until the second round of drafts just to be on the safe side. There is nothing worse than being burned by your first-round selection.

In fantasy football, no quarterback should ever be selected as early as Allen is being drafted according to our ADP Rankings. Allen is poised to be the best quarterback in fantasy football this season with Stefon Diggs, Gabriel Davis, Jamison Crowder, Isaiah McKenzie, and Dawson Knox at the tight end position. Buffalo’s quarterback ranks is the 16th player off the board according to the latest drafts being conducted in mid-June. In contrast, Patrick Mahomes is the second-highest ranked quarterback in the rankings (ADP: 29.43) but isn’t expected to be selected until the middle of the third round. In PPR leagues, savvy fantasy owners know not to take one of the first quarterbacks off the board as it is the least important position given the number of serviceable options. Only in a two-quarterback or SuperFlex league should Allen go in the first or second round. Just to give you an idea of how overrated Josh Allen is at the moment, Derek Carr and Tom Brady have an ADP of 110 or higher.

First of all, the Chicago Bears have had issues with their offense for multiple seasons now. At the running back position, David Montgomery has been the best option for the Bears in recent years. In 2020, he finished the season with 1,070 rushing yards and eight touchdowns. He also caught 54 passes that season for another 438 receiving yards and two receiving touchdowns. Last season, Montgomery missed four games and finished the season with less than 850 rushing yards. He only averaged 3.8 yards per carrying. In addition, rookie running back Khalil Herbert played well in the time that Montgomery was ruled out. Herbert even proved that he could be the superior option on obvious third-down passing plays. Finally, signal-caller Justin Fields is entering his second season and is still developing as a player. As a result, too many questions remain around the Bears’ offense for David Montgomery to be considered a top-20 pick in any 2022 fantasy football draft. Even Tyreek Hil, who was recently acquired by the Miami Dolphins,l ranks below Montgomery on the current ADP Rankings, which is misleading. Despite Hill’s downgrade at the quarterback position, would you really select Montgomery over Hill? The answer is no.

Over the last few seasons, Ezekiel Elliot’s fantasy point production has regressed largely as a result of inefficiency on the field. Though he averaged 5.1 yards per carry for 1,631 rushing yards and 15 touchdowns his rookie season, he hasn’t produced more than 1,000 rushing yards and 10 touchdowns over the last two years. In addition, he averaged 4.0 yards per carry in 2020, and 4.2 yards per carry last season. 2021 was only the second year in his NFL career in which he was active for all of Dallas’ regular-season games. Nonetheless, he had the third-fewest rushing yards of his career and the second-worst average number of yards per attempt. Finally, his yards per game have dropped every year since his rookie season. In 2016, he averaged 108.7 yards per game. He dropped down to 84.8 Y/G in 2019, to 65.3 Y/G in 2020, and below 60 yards per game (58.9 Y/G) last season. Likewise, he’s gotten progressively fewer rushing attempts over the last four seasons, going from 304 attempts in 2018 to 237 attempts in 2021 despite playing in all 17 of the Cowboys’ regular-season games. These numbers show signs of a worrisome and steep decline for Zeke, who is still expected to be selected in the top 25 heading into the 2022 fantasy football draft season. As a result, you might want to stay away from Elliott until at least the latter part of the third round, though I wouldn’t touch him within the first 35-40 overall selections this fantasy football season. It was clear to anyone watching last season that the Cowboys were better with Tony Pollard on the field. Not to mention, opposing defenses will be able to stack the box much more in 2022 with Amari Cooper now in Cleveland.

DeAndre Hopkins is suspended for the first six games of the 2022 NFL regular season. He was disciplined by the league in early May for violating the NFL’s policies on PEDs. Since the fantasy football playoffs begin by Week 15, owners who draft Hopkins need to know that they could only get a maximum of nine games worth of fantasy points from Hopkins. In addition, the Cardinals ramped up their receiving core as well by acquiring Marquise Brown (reuniting Brown with his former college teammate, Kyler Murray) from the Baltimore Ravens. If Brown has an excellent first six weeks of the regular season, Hopkins could lose the number of targets he is usually accustomed to on Sundays. While Hopkins will continue to be the Cardinals’ best option at the wide receiver position when he returns in 2022, he could lose some targets to other receivers in their flashy core. If this is the case, his receiving yards and overall fantasy production per game could be affected in 2022. I’d rather have Justin Herbert or Chris Godwin, who are each being selected after Hopkins in fantasy drafts.

The New Orleans Saints significantly improved their wide receiving core this offseason. They began by grabbing perhaps the best wide receiver in the 2022 NFL Draft by selecting Chris Olave out of Ohio State. Between 2019-2021 (excluding his freshman season where he only had 12 catches for 197 yards), Olave had 163 catches for 2,505 and 32 touchdowns. The Saints also signed Jarvis Landry, who has averaged 11.0 yards per catch throughout his career and is one of the strongest slot receivers in the league. The addition of these two pass-catchers combined with MT’s return could reduce Thomas’ numbers in comparison to the last full season he completed. While Thomas could have a monster year, the new trio of wideouts in the Big Easy could impact No. 13’s fantasy value for the 2022 season. It doesn't help that Drew Brees is no longer throwing Thomas the rock either.