2022 Fantasy Football: Top Five Players To Draft Based On ADP 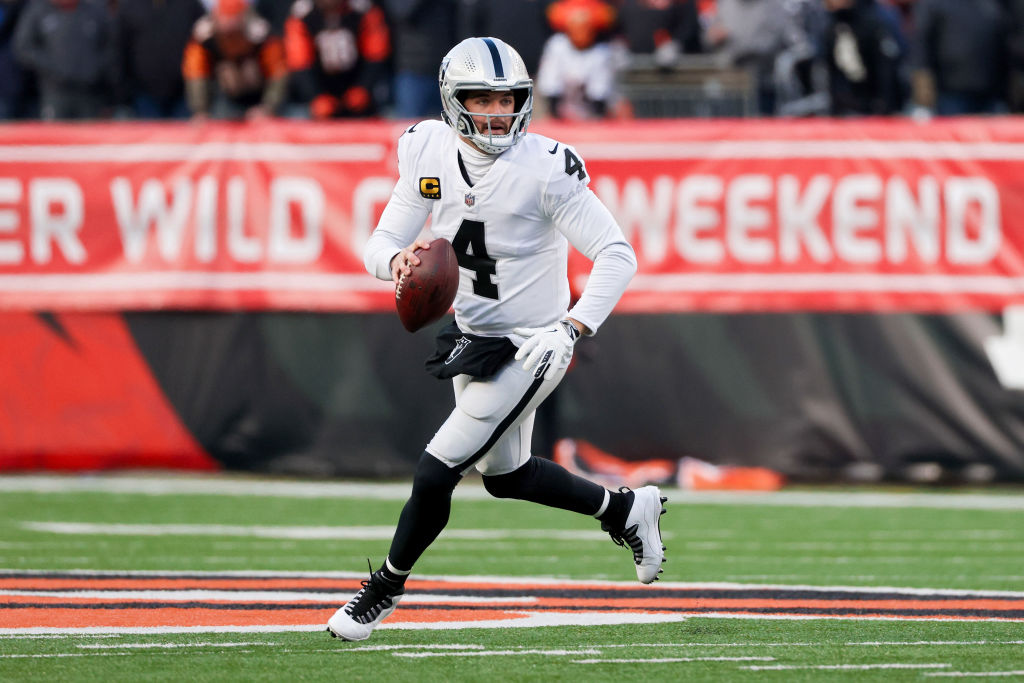 With the 2022 fantasy football season rapidly approaching, it’s time to start considering potential value picks. Our Average Draft Positions (ADP) tool is based on real PPR fantasy football drafts. Today, we take a look at a few players who we consider to be undervalued based on the current ADPs and 2022 fantasy football expectations. Should Joe Mixon drop to the third round? With Russell Wislon under center in Denver, will Jerry Jeudy finally produce his breakout campaign? With Davante Adams joining Hunter Renfrow and Darren Waller in Vegas, should Derek Carr really drop down to the 11th or 12th round of a 2022 fantasy draft? Let's dig in!

Mixon will continue to perform as the workhorse running back in one of the most potent offenses in the NFL. He is simply being selected far too late given his immense upside and solid pass-catching skills out of the backfield. Last season, he recorded 1,205 rushing yards and 13 rushing touchdowns. He also caught the ball 42 times for 314 yards (an impressive 7.5 yards per catch at the running back position) and produced three touchdowns through the air. Although the Bengals won’t be afraid to sling the ball down field with Joe Burrow, Mixon remains one of the few three-down running backs remaining in the NFL and should see ample scoring opportunities with the reigning AFC champions. Fantasy football owners should target Mixon in the mid-to-late second round. It would be theft to scoop him up in the third round of any 2022 fantasy football draft.

The former first-round pick should make a significant leap as he enters his third year in the NFL. With Russell Wilson under center rather than the less-than-average Drew Lock (traded to the Seahawks for Wilson), the Broncos’ offense became immediately much more dangerous over night. Jerry Jeudy was selected by the Denver Broncos with the 15th overall selection in the 2020 NFL Draft. In his rookie season, he caught 52 passes for 856 yards (a whopping 16.5 yards per catch) and three touchdowns. Last season, Jeudy missed seven games. In the 10 games he played in 2021, he caught 38 passes for 467 yards and no touchdowns. In addition to his injury status limiting him in his sophomore campaign, Denver’s quarterback situation significantly dampered Jeudy’s first two seasons playing professional football.

With Jeudy expected to be at 100% health by the beginning of the season and Russell Wilson throwing the ball in Denver, count on Jeudy to have a breakout season for the Broncos. In three years at Alabama (2017-2019), Jeudy amassed159 receptions for 2,742 receiving yards (averaging 17.2 yards per catch) and 26 touchdowns. His athleticism, which he showcased in the 2020 Draft Combine where he ran a 4.46 40-yard dash, will serve the young wide receiver in his first season with a respectable quarterback. Teddy Bridgewater was serviceable last season in Denver. Wilson will be considerably better in 2022. Jeudy’s current ADP is deflated largely because of his injuries, not his inefficiency. In fact, Jeudy’s numbers should be completely ignored by fantasy football managers. The unimpressive quarterback play in Denver coupled with the team’s run-first mentality were two of the biggest factors in holding Jeudy back. The former first-round pick will finally deliver on those lofty expectations from when the team initially drafted him in 2020. Jeudy’s new quarterback will make sure of it.

Use our free fantasy football Mock Draft Tool to practice so you can DOMINATE on the real draft day!

Considering the way St. Brown finished his rookie season, he is being drafted far too late in most PPR fantasy leagues. The kid caught at least eight passes and saw double-digit targets in each of his last six outings. He scored five touchdowns over that stretch (including the game-winning score in Detroit’s first victory of the season). And the first-year receiver somehow managed to average over 100 yards per game in his last four contests. St. Brown was simply unstoppable in his debut season with the Lions.

The second-year wideout should serve as Jared Goff’s go-to receiver in 2022 and could produce a top-20 campaign at the position. St. Brown finished his rookie campaign with 90 receptions, 912 receiving yards (10.1 yards per catch as a rookie), and five touchdowns. It’s also important to recognize that St. Brown played in all 17 of Detroit's games in 2021, indicating that he was consistently healthy and always found a way to contribute on the field. The Lions did add D.J. Chark to the wide receiver room and drafted Alabama standout Jameson Williams in the first round of the 2022 NFL Draft. Still, St. Brown should resume his duties as the WR1 in Detroit despite some competition from his two newest teammates. With T.J. Hockenson still lining up at tight end, St. Brown should continue to be able to find space down the sideline and in the middle of the field due to his impressive route running skills. St. Brown may not see as significant of a target share as he did late last season but he should produce his first 1,000-yard season. Fantasy owners should be happy with St. Brown serving as the WR2 or WR3, particularly in PPR formats.

Cordarrelle Patterson has been in the NFL for a while. However, he truly unlocked his potential with the Atlanta Falcons. Atlanta found a way to tap into Patterson’s potential by transitioning him from a special teams player to the team’s starting running back. At times, the veteran was reminiscent of power running back Steven Jackson and other times, he looked like Devin Hester was running out of Chicago’s backfield.

Last season, Patterson rushed for 618 yards and six touchdowns and caught 52 passes for 548 yards (10.5 yards per catch) and an additional five touchdowns. With Atlanta in 2021, Patterson recorded 1,166 of his 4,270 career all-purpose yards as an NFL player. He also recorded 11 of his 29 total career touchdowns. Evidently, the Falcons have unlocked Patterson’s true potential after being selected by the Vikings in 2013 as a punt-returning wideout. His 6’2”, 220 lbs. stature allowed him to surpass Mike Davis on the depth chart and become the Falcons’ best running back on the roster. With Matt Ryan no longer in Atlanta, it is the end of an era. Given how productive and reliable Patterson was last season, the Falcons could decide to transition to more of a run-first franchise. This further increases Patterson’s value heading into the 2022 fantasy football season.

Even if Atlanta remains a balanced offense and continues to throw the ball often, Patterson will be a recipient of those throws. With Marcus Mariota and rookie Desmond Ridder battling for the starting quarterback gig, Patterson is going to be utilized a lot no matter who is victorious. Mariota has never had a big arm and has been known to dumb the ball off to his running back. And we all know that rookie quarterbacks love using their tight end and running backs as safety valves. Patterson may not repeat his remarkable 2021 numbers but he should have the opportunity to come close. Don’t treat this guy as a one-year wonder. He still has plenty left in the tank.

Derek Carr appeared to be one of the most improved quarterbacks over the course of the 2021 season. Many quarterbacks seemed to take a step in the right direction but Carr led his Raiders to the playoffs and was the team’s true leader. Now, he gets one of the best weapons in the entire NFL in former Green Bay Packers wide receiver, Davante Adams. Adams will become the WR1 in an already superb core of pass-catchers in black and silver. The Raiders already have Hunter Renfrow, one of the best slot receivers in the league, plus Las Vegas still has superstar tight end, Darren Waller. Adding Adams to this mix should make for an absolutely lethal combination of offensive talent. The Raiders may not have the best pass-catchers in the league but you can certainly make the argument.

Without Adams in 2021, Waller and Renfrow helped Carr finish the season with 4,804 passing yards while completing 68.3% of his pass attempts. He also finished with 23 touchdowns, though he did toss a hefty 14 interceptions. With Adams on the field, Carr’s numbers should significantly improve. I’m anticipating over 5,000 passing yards and closer to 30 touchdowns in 2022. Although Carr is the consensus No. 15 quarterback off the board according to FantasyPros, his ADP is far too low. There is no reason why Carr should be drafted later than Round 10. If you are waiting at the quarterback position, Carr could be the perfect option to select in the mid-to-late rounds who will provide top-10 upside at the position.