Scrounging the waiver wire can be incredibly beneficial. Just look at the top waiver wire adds from Week 6. Khalil Herbert and Darrel Williams each found the end zone yesterday. With six teams on a bye (BUF, LAC, DAL, JAC, PIT, and MIN), you likely will need to start somebody at the running back position who isn’t a normal starter for you. Stud workhorse running backs such as Austin Ekeler, Ezekiel Elliott, James Robinson, Najee Harris, and Dalvin Cook are all out this week. So let’s dive in and assess the top running backs on the waiver wire heading into Week 7. 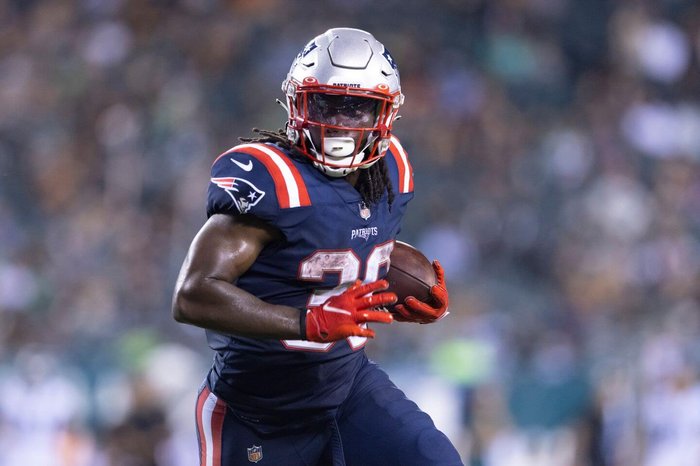 McKissic probably should be owned in your league, but if he isn’t, now is the time to grab him. Antonio Gibson was very ineffective yesterday, so Washington leaned on their pass-catching back. McKissic logged eight carries for 45 yards and caught eight passes for an additional 65 yards. Even though he didn’t find the end zone, he still cam close to producing 20 fantasy points in PPR leagues. He is a PPR gem due to his exceptional route running and pass-catching ability out of the backfield. The starter, Gibson, has also been plagued by some nagging injuries. It wouldn’t be shocking to see Washington give Gibson a day off, or at the very least, not use him quite as much as they have been. Against a Green Bay Packers squad that should take the lead, Washington will be forced into a lot of passing formations, which means tons of dump offs for McKissic.

Stevenson had a strong outing against the Cowboys yesterday, but he should fare even better against the Jets in Week 7. Although Damien Harris made the start yesterday despite dealing with a rib injury that prevented him from practicing all week, Stevenson was heavily involved in the game plan. He produced 62 total yards, three receptions, and a rushing touchdown. Stevenson has seen plenty of short-yardage and goal-line usage, so the only thing he needs to become a high-upside play is usage in the passing game. After catching three balls yesterday, Stevenson may have earned more work on third down. Against a Jets team that is abysmal, the rookie should have no trouble finding the end zone in Week 7.

Nick Chubb missed yesterday’s contest against the Arizona Cardinals and is highly questionable in Week 7. The Browns have a short week as they face the Denver Broncos on Thursday Night Football. Not only is Chubb hurt, but Kareem Hurt is also very dinged up. It’s likely that Hunt will be sidelined for a week or two. This creates a great opportunity for Felton to showcase his skills in Week 7. Felton has the speed and route running skills to do well in the passing game. He’s not going to be a workhorse, but he can absolutely produce double-digit fantasy points, especially in PPR formats.

Not many people are talking about Carter since he had a bye in Week 6. However, prior to the Jets having an off week, Carter had clearly established himself as the lead back in New York. He scored touchdowns in back-to-back outings and will look to make it three straight against the Patriots.

Ingram rushed 18 times for 73 yards and caught two passes for eight yards against the Colts in Week 6. He seems to have passed David Johnson and Phillip Lindsay on the Texans’ depth chart. The veteran has been featured in Houston’s offense and has a decent shot to score a touchdown against Arizona’s middle-of-the-pack rushing defense in Week 7.

Johnson didn’t get a lot of opportunities against the Cardinals yesterday since Kareem Hunt was active. However, if Nick Chubb or Hunt don’t suit up on Thursday night, Johnson should easily exceed double-digit fantasy points in PPR leagues. In his short NFL career, Johnson has gained 281 all-purpose yards with nine catches. He is averaging 5.0 yards per carry and 9.4 yards per reception. Look for him to surprise some folks on Thursday.