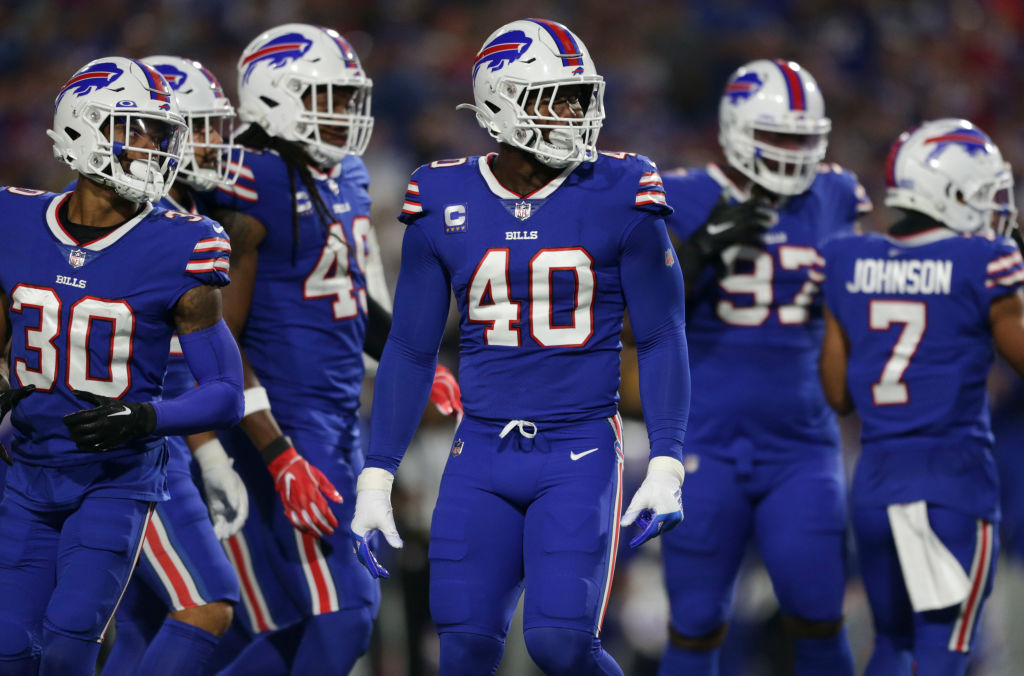 After a phenomenal Week 2 where we had some amazing comeback games from the Jets, the Dolphins, and the Cardinals, football fans are heading into a highly contested Week 3. The Dolphins put up 42 points of offense coming off of six Tua Tagovailoa touchdowns: two to Jaylen Waddle and two to Tyreek Hill. However, they take on the Bills who are the best team in the league right now and have a seemingly unstoppable defense. Both the New York Giants and the Philadelphia Eagles are looking for wins this weekend as they try to earn a 3-0 start to the season and attempt to take sole control of the NFC East Division. Finally, the New Orleans Saints are playing the Panthers in Charlotte this weekend as they look to get a win after a tough 10-20 loss to the Tampa Buccaneers at home last Sunday.

Let’s take a look at the best bets of Week 3 heading into Sunday’s games and Monday Night Football.

Though the Miami Dolphins surged on offense and rallied to win against the Baltimore Ravens on Sunday, Buffalo looks like the best team in the NFL through the first two weeks of the regular season. Specifically, their defense looks unstoppable, and veteran Von Miller has been a major contributor to this strengthened defensive line. Both the Rams (Week 1) and the Titans (Week 2) were held to 10 points or less by this ferocious Bills defense. Through the first two games of the regular season, Buffalo’s defense has recorded five interceptions and has forced two lost fumbles. The Bills’ corners should give WRs Tyreek Hill and Jaylen Waddle a much tougher time than they had on Sunday against the Ravens’ secondary. To be fair, Tua Tagovailoa, Cheetah, and Waddle all had huge games.

Hill had 11 catches for 190 yards and two touchdowns while Waddle had 11 catches for 171 yards and two touchdowns. Tua had himself a career game and went 36-of-50 for 469 passing yards and six touchdowns with just two interceptions. Still, the Ravens secondary that fundamentally collapsed in the fourth quarter of Sunday’s game (Dolphins scored 28 points in the 4th quarter) is incomparable to the Bills’ defense that has allowed 17 total points to opposing offenses so far this season.

We haven’t even spoken about Buffalo's offense which is potentially just as lethal as their defense with Josh Allen, Stefon Diggs, Gabe Davis, Dawson Knox, and that trio of running backs featuring Devin Singletary, Zack Moss, and rookies James Cook. The Bills will go to Miami and continue their undefeated run in 2022. They should cruise to a victory and comfortably win by at least a touchdown.

While the Cardinals rallied to force their Week 2 game to overtime and eventually captured the win on the road, they are facing one of the most challenging defenses in the league. There will definitely be a mismatch between the Rams defense that will dominate Arizona’s pass-catchers and running backs. Jaylen Ramsey and Aaron Donald will be there to disrupt Kyler Murray, James Conner, Marquise Brown, and Greg Dortch. Just take a look at how Ramsey called game by intercepting Marcus Mariota and the Falcons in the last few minutes of Sunday’s game.

It will be the hardest defensive challenge the Cardinals have faced in 2022. Specifically, the Cardinals offensive line will struggle against the Rams defensive line. This means Murray will have a harder time scrambling out of the pocket while Conner will have fewer gaps to run through between the tackles. Not to mention, Conner isn’t at 100% health and Eno Benjamin and Darrell Williams could see some extended work. Matthew Stafford has struggled with turnovers this season but he will get back on track in Week 3 with Cooper Kupp and Allen Robinson.

The Giants are off to a superb 2-0 start this season, and they are playing with a chip on their shoulder. There has been a noticeable resurgence with this franchise ever since they brought in their new head coach, Brian Daboll. While Cooper Rush led the Cowboys to a last minute 20-17 victory over the Bengals at home in Week 2, Dallas is headed to Metlife Stadium this weekend which will be a difficult challenge against their NFC East rival. Through the first two weeks of the regular season, the Cowboys’ offense hasn’t been great. Ezekill Elliott has struggled to get anything going on the ground and Tony Pollard has actually outproduced him through two weeks. Meanwhile, the Giants finally started giving Kadarius Toney more snaps in Week 2 and Saquon Barkley seems poised to have a huge bounce-back season in 2022. The Giants could easily win by 10 or more points, but to be safe, pick them to cover the spread this Monday night against the Cowboys.

With Jimmy Garropolo back as the 49ers starting QB for the remainder of the season, San Francisco’s offense is likely in better shape than they would have been if Trey Lance was to play the remainder of 2022. Notably, Jimmy G and WR Deebo Samuel should go back to producing significant offense. In 2021, Deebo Samuel caught 71 passes from Garoppolo for 1,284 receiving yards and 12 touchdowns. Furthermore, the Broncos’ offense has struggled through the first two weeks of the regular season. So far this season, Wilson has completed just 58.9% of his passes for 559 yards, two touchdowns and an interception. He only completed 45.2% of his passes on Sunday in an unimpressive win against Houston Texans. In addition, Broncos’ WR Jerry Jeudy left Sunday’s game with a rib injury. He did not practice on Wednesday and is questionable heading into Sunday night’s game. The Broncos seem to have major issues in that locker room and it seems evident that the quarterback and head coach don’t trust each other. For that reason, it’s smarter to go with Kyle Shanahan and the trustworthy San Francisco 49ers.

While the Saints haven’t been off to the greatest start this season, they consistently beat the Panthers. The Saints have won nine of the last 12 contests against the Panthers (October 16th 2016 - January 1st 2022). To be fair, Jameis Winston has not been playing well. While he has been dealing with non-knee related injuries, the veteran QB is dealing with multiple issues that are impacting his mobility and his ability to throw the football. Still, it is early in the season, and Winston proved late in the fourth quarter in Week 1 that he is still a startable quarterback. Afterall, he threw for two touchdowns and brought the Saints within striking distance to beat the Falcons. In Week 2, the Saints defense only allowed three points from the Buccaneers until the fourth quarter. After a brawl which predominantly featured CB Marshon Lattimore and WR Mike Evans, both players were ejected from the contest.

Despite keeping it to 3-3 until the fourth quarter, the Saints eventually caved in and lost 10-20 to the Bucs at home. Expect them to bounce back this weekend against Baker Mayfield and the Carolina Panthers. Saints’ RB Alvin Kamara has been back in practice throughout the week and is targeting playing on Sunday. Considering Carolina lost to the New York Giants last week, it’s a safe bet to take the Saints to win by at least a field goal.

The Eagles are off to a commanding start this season. They lead the NFC East division with a 2-0 record as they head into the Nation’s capital this Sunday to take on their division rival Washington Commanders. Darius Slay and the Eagles’ secondary held the vikings to seven points and completely shut down their offense on Monday night. However, Philadelphia allowed the Detroit Lions to score 35 points in Week 1. Carson Wentz and the Commanders’ offense have been surprisingly strong this season. Despite losing to the Lions in Week 2, the Commanders beat the Jaguars in Week 1. They scored 28 points against the Jags and 27 points against the Lions. Wentz has thrown for 300+ yards and at least three touchdowns in each of his first two games as Washington’s QB. He’s completing 65.5% of his passes so far this season, which is the second-best regular-season completion percentage of his career behind 2018 where Wentz converted on 69.6% of his passing attempts.

In addition, the Commanders’ route-runners have been surprisingly good this season. Rookie WR Jahan Dotson is off to an excellent debut. He’s already caught three touchdowns this season. WR Terry McLaurin is doing his part as well, as he has 133 yards on six receptions (22.2 AVG) and a touchdown. McLaurin is being incredibly efficient every time he catches the ball. If Wentz is able to link up with Dotson and McLaurin effectively like he has through the first two games of 2022, the Eagles will be in for a much tougher challenge than they likely expect. While the Commanders might not win this home game, their surprisingly effective offense through heading into Week 3 should keep things interesting as they host the Eagles this Sunday.