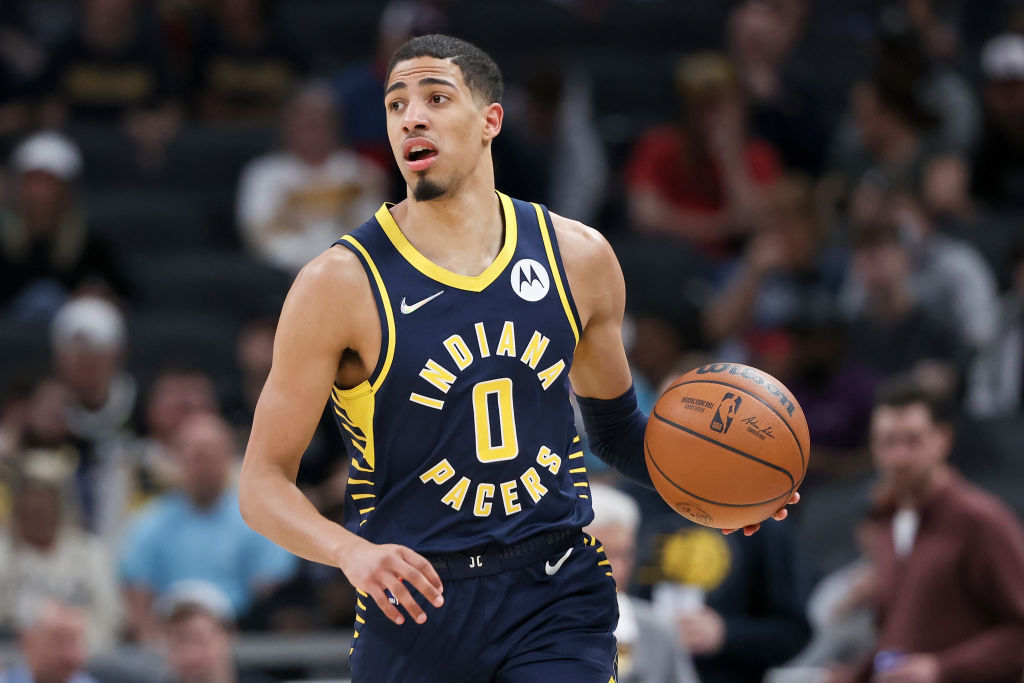 Tyrese Haliburton was an absolute stud after getting traded to the Indiana Pacers last year and he is fantasy basketball’s most coveted sleeper based on his current ADP.

Drafting is the most entertaining part of the fantasy basketball season. Avoiding players with inflated ADPs (Average Draft Position) is critical. But it is just as pivotal to find diamonds in the rough who will outperform their current Average Draft Position. The wrong early pick can completely destroy your season so let’s identify the top sleepers based on ADP heading into the 2022-23 fantasy basketball season. Click here to view our ADP rankings.

Before the 2021 All-Star break and trade deadline, Tyrese Haliburton was traded to the Indiana Pacers in a blockbuster deal with the Sacramento Kings. He immediately stepped into the starting point guard role and thrived. Heading into 2022, this will certainly be the case as veteran guard Malcolm Brogdon was shipped to the Boston Celtics. Last season, Haliburton played the first 51 games of his season with the Kings where he averaged 14.3 PPG (45.7 FG%), 3.9 rebounds, 7.4 assists, and 1.7 steals per contest.

In his first 26 games with the Pacers, Haliburton played much better than he did with the Kings. Haliburton averaged 17.5 PPG while converting more than 50% of his attempts from the field, 4.3 rebounds, 9.6 assists, and 1.8 steals per contest. Now heading into his third NBA season, Halliburton has NBA career averages of 47.3 FG% and 41.2 3PT%. He is equally capable of scoring and distributing the ball. When he is on the floor, Halliburton is one of the most efficient young players in the league. Halliburton is criminally underrated right now. He is well deserving of a top-15 pick considering that he can help you in literally every single category. And I wouldn’t be shocked if the 22-year-old finished with the most assists per game this coming season. Don’t let Haliburton slip this far in your draft. Snag him in the second round of a 12-team draft.

In his second season with the Chicago Bulls, Zach LaVine’s numbers slightly declined. Part of the reason for this has to do with the onslaught of talent that Chicago brought to its roster before the 2021 season started. The Bulls added Lonzo Ball, DeMar DeRozan, and Nikola Vucevic. This created slightly fewer scoring opportunities for the high-rising dunk specialist and overall dominant scorer. Still, LaVine shot below 39% from three-point range last season and shot slightly less efficiently from the field in 2021 than he did in 2020. Nonetheless, the Bulls will be without guard Lonzo Ball at least for the beginning of the season. This could open up the floor for LaVine who still had a terrific season in 2021. He played 67 games and averaged 24.4 PPG, converting 47.6% of his shots from the field, 4.6 rebounds and 4.5 assists per contest. The one downside to having LaVine is that he doesn’t contribute many steals and he’s been known to turn the ball over. That being said, he’s well deserving of a selection within the top 30 picks of the draft. If he’s available in the middle of the third round, don’t hesitate and pull the trigger. You won’t be sorry.

Sexton is a combo guard who can man the point and also suit up at shooting guard. The youngster out of Alabama missed most of last season due to a knee injury. Sexton’s teammate, Darius Garland, rose to stardom during Sexton’s absence and following the regular season, the Cavs decided to go all in on Donovan Mitchell, sending Sexton and some other players to a Utah Jazz franchise that is blowing up the house and rebuilding.

Sexton averaged 25.7 points, 4.8 assists, and 3.3 rebounds while converting at a 48.2% clip from the field in 20 games he played without Garland over the last three seasons. Considering Sexton is no longer sharing the backcourt with a bonafide All-Star, Sexton could rise to fantasy stardom in Utah due to the lack of weapons around him. He is going to get a ton of opportunities and he’ll have the green light to shoot whenever he touches the ball. Sexton isn’t an All-Star but he will exceed his ADP and could deliver top-25 numbers this fantasy basketball season.

RJ Barrett is expected to be drafted way too low after emerging as a sorcerer for the Knicks in his third NBA season in 2021. Barrett averaged 20 PPG, 5.8 rebounds, and 3.0 assists per contest in 70 games played last season. Whie he only shot 40.8% from the field in 2021 in comparison to 44.1% from the field for 17.6 PPG in 2020, expect him to shoot more efficiently in 2022. The Knicks struggled last season and finished on the losing side of many close games. With the addition of PG Jalen Brunson, the Knicks’ ball movement and fluidity on the floor should improve. As a result, that should help RJ see more open looks on offense. Not only should this improve his FG% this upcoming season, but Barrett should become the team’s top scoring option despite Julius Randle.

Sengun didn’t have the most productive rookie season but he occasionally showcased flashes of brilliance, particularly when his role was expanded. As a rookie in 2021, the big man averaged 12.1 points, 8.2 boards, 3.6 dimes, and one swatted shot in 29.7 minutes per game in the 13 games he started. In the season, his numbers were much more pedestrian. However, the Turkish big man is poised for a huge breakout campaign in his second NBA season. Sengun is the unquestioned starting center now that Chrsitian Wood has been shipped off to the Dallas Mavericks.

Sengun possesses a ton of upside considering he’s only 20 years old. There are still things he needs to develop but he’s going to be far more productive than he was last year based on volume alone. Plus, the Rockets’ young and energetic fast-paced style of offense should benefit the big man and allow for more possessions to tally statistics. Sengun should exceed expectations and average a double-double in his second season.

With Damian Lillard sidelined for most of last season and the Blazers making the move to trade SG CJ McCollum to the New Orleans Pelicans, Anfernee Simons enjoyed a breakout year in 2021. After averaging eight PPG or less in each of his first three NBA seasons, Simons scored 17.3 PPG on 44.3% shooting from the field, 2.6 rebounds, and 3.9 assists per contest for the struggling Portland Trail Blazers. Though Lillard should return as the team’s starting point guard, Simons has emerged as the team’s best option at SG for this upcoming season. The fact that he was able to go from bench player, to the most efficient scorer on the Blazers last season says a lot.

Monte Morris started at point guard for the Denver Nuggets last season in place of the injured Jamaal Murray. Morris averaged a respectable 12.6 PPG converting an impressive 48.4% of his shots from the field. He also produced 3.2 assists and 2.0 rebounds per contest. Murray should be returning to the Nuggets healthy this season after missing all of 2021 due to a busted knee. As a result, the Nuggets sent Morris to the Wizards who were in desperate need of a ball-handler heading into 2022. I think he should fit in nicely in a team surrounded by scorers like C Kristaps Porzingis and SG Bradley Beal. Even PF Kyle Kuzma should benefit greatly from having a true ball-handler running the point in Washington this season. Morris’ numbers as a scorer could decrease in which case his numbers as a play-maker for the talented Wizards’ scorers should increase. Heading into this season, Morris is the best starting PG option for the Wizards. If he plays 30+ MPG (which he really should…), then Morris could be one of the sneakiest PG pickups in fantasy basketball drafts this year.