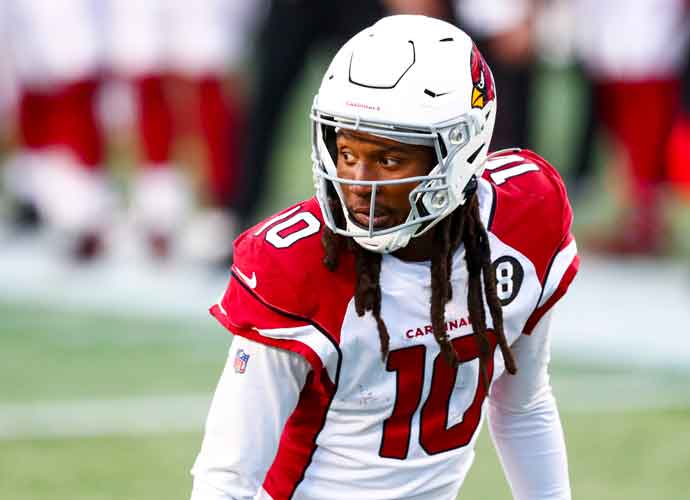 Monday Night Football heads to Mexico City this week as the San Francisco 49ers (5-4) take on the Arizona Cardinals (4-6). The Niners will look to hold on to the seventh and final playoff spot in the NFC while the Cardinals will look to keep their playoff hopes alive. Injuries could play a major factor for the Cards as starting quarterback Kyler Murray and star wide receivers DeAndre Hopkins and Hollywood Brown may all come down to game-time decisions. This battle of the NFC West could have significant playoff implications.

We’re going to take a deeper look at this Week 11 Monday Night Football matchup and get you caught up on everything you need to know for DFS and betting purposes. We’ve been nailing these games as of late and will look to continue the hot streak tonight.

On the surface, the 49ers are a much better team than the Cardinals on both sides of the ball. However, things haven’t necessarily come easy for San Fran this year in games that they should dominate, especially away from the Bay Area. There is a reason that despite all that talent this team is only 5-4 and it can’t all be blamed on the early-season ineptitude of Trey Lance.

Of those four losses the Niners have this season, one is against the Kansas City Chiefs and no one will hold that against them. Nonetheless, the other three losses all came on the road against the Chicago Bears, Denver Broncos, and Atlanta Falcons. Those are brutal losses for a team with Super Bowl expectations. In those three losses combined they scored 34 total points. So they can be shut down and the Cardinals’ defense has played very well at times, although, it’s tough to predict when that will be.

The Cardinals on the other hand have been solid on the road. Three of their four wins have come away from the dessert. If they have their quarterback and his weapons this week, they have a fighting chance. The good news for the Cards is that if nothing else Colt McCoy has been removed from the injury report so if Murray can’t go they at least have their primary backup who was questionable most of the week.

How the travel and neutral game site will impact this game remains to be the wild card in this game. Just in case anyone was wondering it will be the Cardinals who lose a home game on this trip. Based on what we’ve seen this season it should benefit the Cardinals who have played well on the road considering the 49ers have not. The only thing we know for sure about these teams is that the San Francisco defense is going to show up and do what they do. All the other units tend to be inconsistent at best.

We will be giving you insight into the most intriguing players this week on MNF. You generally won’t see superstars in this section. All prices are based on Draft Kings.

If you got into a league early and it’s announced that Hollywood is playing be sure to check his price. Currently, he is listed as on IR and sitting at just $300. This could make him a tournament winner. He’s essentially a free square. At some point, this will update though so it could be the luck of the draw depending on when you see this or when you initially entered your game.

With Zach Ertz on injured reserve, it’s interesting to see McBride going for so cheap. He’s particularly intriguing considering all the weapons in Arizona who may turn out to be inactive or limited. This is an offense that uses their tight end a lot. McBride may not be Ertz, but he was the most highly touted pass-catching tight end in the 2022 NFL Draft. He is someone you should definitely be looking to get in your lineup if you need a cheap option to pay up for your studs.

Mitchell is only $8,700 because Christian McCaffrey is on this team. However, last week we saw him handle 18 carries and two targets. On an offense that consistently produces high-end running back production, you will take that every time at this price against the defense that is allowing the 11th-most fantasy points to run backs. You should plug him into your lineups ahead of James Conner who costs $12,900. Against this defense that is second-best in the league against fantasy running backs, Conner is a TD or bust guy who hasn’t been scoring TDs nearly as often as he did last season. Mitchell is the second-best RB option in this showdown.