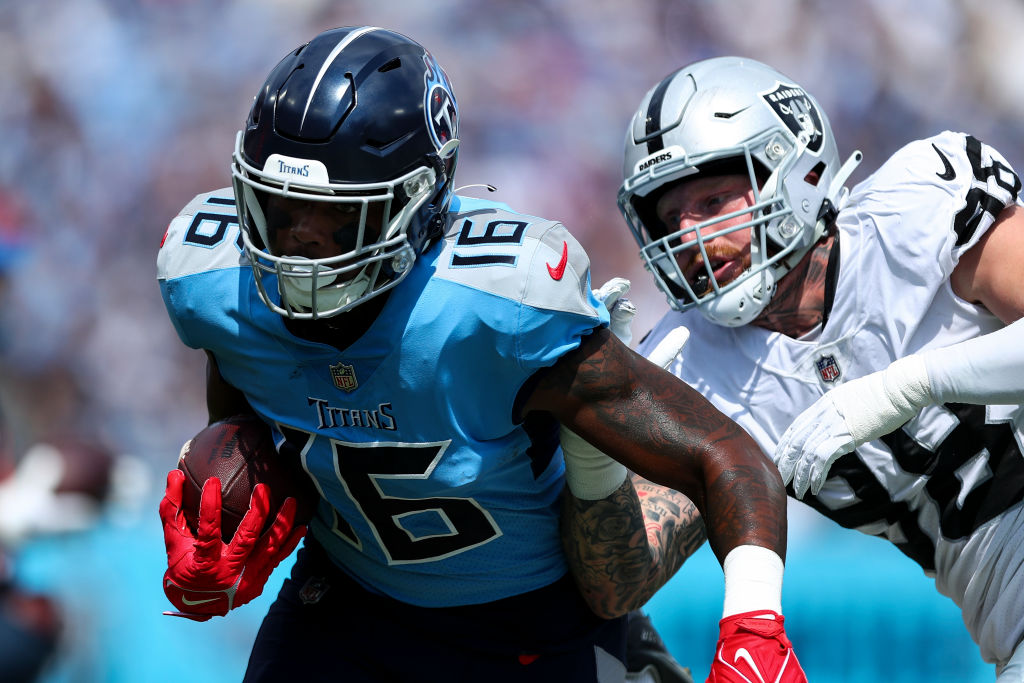 Week 11 is in the books after the San Francisco 49ers blew out the Arizona Cardinals on Monday Night Football. Fortuantely for fantasy owners, after dealing with bye weeks for several weeks in a row, all 32 teams will be back in action in Week 12 before the bye week blues continue in Week 13 and finish in Week 14. Fantasy owners will be thrilled to get back members of the Jaguars, Dolphins, Seahawks, and Buccaneers.

With all 32 teams in action this week, there will be more options on the waiver wire than usual (depsite how late into the season it is). Fantasy owners often don’t want to pick up players who are out for the upcoming week. Fortunately, no teams will be sidelined in Week 12 so we’ll be jam-packed full of action Thanksgiving week. Although all 32 teams are playing, that doesn’t mean that fantasy owners don’t need to hit the waiver wire to address some serious roster needs.

It seems that every single season, this is the time when a few players emerge as league-winning contributors. As we gear up for Week 12, it is time to make those pivotal waiver wire claims and FAAB bids. So lets arm ourselves with FantasySP’s unique Predictive Analytics. Keep reading here to access our Predictive Analytics or log into your account, and utilize the Fantasy Assistant. From there, you can see the predictive adds, drops, trades, and FAAB.

Predictive Analytics in a nutshell is a game-changer for fantasy players. No one else in the industry offers these types of insights. You will now be able to analyze the most important fantasy metrics of the current week BEFORE waivers are processed.

Burks is being targeted more than any other receiver on the waiver wire as fantasy owners make their postseason pushes. Apparently, the consensus is that the rookie wide receiver is emerging as a true down-field threat and has positioned himself as the WR1 in Tennessee. The Titans don’t have a ton of talented pass-catchers so Burks should continue to pace the team in receiving yards. Robert Woods has been a complete bust and Ryan Tannehill clearly favors the rookie. After missing Week 5 to Week 9, Burks returned but was quiet in Week 10. However, against the Packers in Week 11, the rookie hauled in seven-of-eight targets for a career-high 111 receiving yards. He now has 20 receptions for 264 receiving yards on the season but has failed to find the end zone. Considering how many targets he is seeing, Burks will eventually find pay dirt. He should be one of the top priorities this week on the waiver wire, particularly in PPR formats.

After Joe Mixon suffered a concussion early in the third quarter of Cincinnati’s thrilling 37-30 victory over the Pittsburgh Steelers, the Bengals turned to Perine with Mixon in the concussion protocol. Mixon is looking extremely iffy to play in Week 12 against a strong Tennessee Titans rushing defense. Although the Titans are solid against the run, they allow a ton of dump-off passes to opposing running backs, which is where Perine excels the most. In fact, Perine had three receiving touchdowns against the Steelers in Week 11. He finished with 30 rushing yards on 11 carries as well as four receptions for an additional 52 receiving yards and the aforementioned three scores. So long as Mixon is out, Perine is a must-start in this one.

Not only did Murray have a solid outing in Denver’s heartbreaking overtime loss to the Las Vegas Raiders but the Broncos subsequently waived Melvin Gordon. They did sign Marlon Mack but these moves seem to signify that the Broncos believe Murray still has enough left in the tank to be the RB1. Lat Murray doesn’t exactly have a huge ceiling but considering he’s Denver’s RB1 at the moment, his floor is higher than many other running backs on the waiver wire. If you need a running back for the final stretch of the fantasy football regular season, Murray may be the ideal target. Since signing with the Broncos, Murray has seen just under 15 touches per game. Murray finished with 49 rushing yards and a touchdown on 17 carries and four receptions for an additional 23 yards on Sunday. Murray has now found the end zone in three of his five games with the Broncos. Murray is a solid option now that Gordon is out of town. He should continue to see 15+ touches per game. If the Broncos can get their red zone offense in a better place, Murray could score a ton of touchdowns to end the season. He could be one of those sneaky league-winning pickups.

When Rashod Bateman suffered a season-ending injury and Mark Andrews was sidelined for a few games, Lamar Jackson had no choice but to find another trustworthy pass catcher. In comes former Kansas City Chiefs wideout Demarcus Robinson. After producing a season-high 64 receiving yards on six receptions in Week 8 against the Buccaneers, Robinson slowed down in Week 9, finishing with just a single reception for 12 yards. However, following Baltimore’s bye week, Robinson dominated in Week 11. He caught every single one of his nine targets for a new season-high 128 receiving yards. All that was missing was the touchdown but it’s pretty clear that Robinson has earned the trust of signal-caller Lamar Jackson. D-Rob shouldn’t be available on the waiver wire as we gear up for the final postseason push in fantasy football.

Although he was unable to haul in either of his two targets, the rookie finished Week 11 with a season-high 86 yards on 11 carries. It was really encouraging to see how Cook’s vision and patience has improved since the start of the season. Now I know that he will continue to play second fiddle to Devin Singletary, but Cook is one injury away from being a league-winning pickup.

Slayton continues to pace the team in receiving yards with all the injuries to New York’s depleted wide receiver corps. Slayton’s forecast just improved due to Wan’Dale Robinson’s season-ending injury. Daniel Jones essentially has nobody to throw to outside of Slayton and the underperforming Kenny Golladay. After securing three catches for 95 yards and a touchdown in Week 10, Slayton saw a season-high 10 targets in the Giants’ upset loss to the Detroit Lions. Slayton managed to haul in five of those targets for 86 yards. He now has double-digit PPR points in five of his last six outings. If you need help at the wide receiver position, Slayton should continue to serve as New York’s top wideout and should pace the team in targets and yardage.

Although DPJ shouldn’t be available in any fantasy leagues at this point, he’s still available in just under 40% of leagues. Peoples-Jones surpassed 50 receiving yards for the seventh straight game and finally broke the ceiling and scored his first touchdown of the season. With Deshaun Watson two weeks away from making his season debut, Peoples-Jones could see a significant uptick in his production. If he’s still available in your league, scoop him up immediately. DPJ is a legit difference maker in Cleveland.

The rookie wide receiver out of Alabama has finally been designated to return from Injured Reserve. That means the Lions have three weeks to activate him. That said, since Detroit has a short week and is playing on Thanksgiving, I’d expect Williams to make his NFL debut in Week 13. Still, he’s a guy worth stashing on your bench as he could be a solid flex option or WR3 in the fantasy football postseason. Amon-Ra St. Brown can’t be the only pass-catcher that Jared Goff targets. The injury provides a little concern but Williams’ talent is why I’ll be placing a bid on him and you should too!

And that’s a wrap. Thanks for checking out our Week 12 Predictive Adds! Head back next week to see who fantasy owners are flocking towards ahead of Week 13!