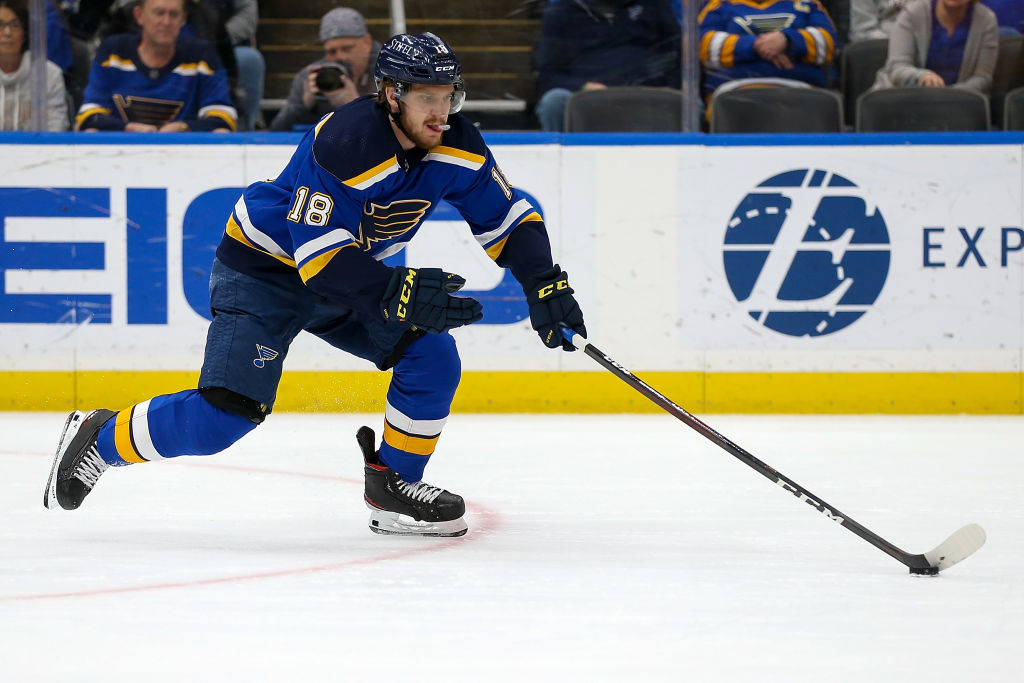 Hello everyone! We delve deeper into April and get closer to the end of the fantasy hockey season.

It is amazing just how crazy this "war of attrition" the 2022 season has become for fantasy owners. Anyway, let's see how often teams are playing this week.

Please note that this week's schedule is way, way busier on Tuesday, Thursday, and Saturday. There are 53 games in all spread out with three nights of four or fewer contests. Week 25 shows us a few more waiver-wire prospects.

With the top-six rolling in St. Louis again, Robert Thomas is back up to averaging a point a game. Despite that, Thomas has some wild ownership patterns throughout fantasy leagues. For example, ESPN leagues saw him owned at a rate lower than 30%. This is even though the Blues pivot has 44 assists and 60 points at press time. He jumped last week by almost double the ownership and Thomas may go up anywhere from 6-10% or more after this week. It is hard to believe that the utilization is so low. Regardless of averaging just 1.52 shots per game, the center is a must-add at this point with four goals and four assists in his previous five games.

The forward is enjoying some run for the Ottawa Senators. Mathieu Joseph now has ten points in his last four games alone. It just seems that the trade from the Tampa Bay Lightning to Ottawa has ignited something in the 25-year-old forward. The winger now has 12 goals on the season with four of them coming in the last eight games alone. His ownership rate jumped from less than 1% up to 4-5+% in some leagues. Joseph went from bottom-six to practically top-line ice time with Ottawa and has not looked back. Every year, there are these players that rise up and just overperform in April. Joseph is no doubt one of those prime-time players.

Okay, this was an unexpected yet pleasant development for the Colorado Avalanche and fantasy hockey owners. Bowen Byram was not likely to return until the actual NHL playoffs after suffering a concussion. He began skating in March and sure enough, returned on April 5th. There is an adjustment period but the eventual idea is that Byram will eventually wind up a third or fourth defenseman. He did have 11 points in 18 games before the latest concussion. While another bump to the head is always a concern, the offensive potential of the Colorado blueliner is impressive. He averages two shots a game, nearly two hits, and a blocked shot per contest. The points will come.

The defense in Montreal will not improve very much so it is up to Jake Allen to stop enough shots to make the goaltender more fantasy viable. He will not be confused with goaltenders that have gaudy save percentages. This is more for shot volume. After all, Montreal allows more than 35 shots per 60 on a nightly basis. Allen faced 37 shots on Thursday night against a New Jersey Devils team missing its best forward in Jack Hughes. That makes ten straight starts where Allen has seen at least 32 pucks a night. That includes several 40+ shot nights as well.

Playing with the Buffalo Sabres is making this more of a story in a way. The fact that he is less than 55% owned is frightening. After all, Thompson is a 30-goal scorer and has been an absolute force down low and on rushes for the Sabres this season. He has 57 points in 68 games with 32 goals. Now, throw the +/- out the window. The biggest thing with Thompson is this. He is averaging more than three shots per game and four scoring chances. His consistency is uncanny but Thompson's eight points in his previous six games just are great for playoff matchups. The forward will continue to be in favor for the rest of April err playoff crunch time.

The defenseman is never going to be confused with being an elite Norris Trophy-caliber defenseman. However, he is capable of being a top ten or 15 caliber blueliner. This year, Spurgeon has gone on another run with five assists in his last five contests. Spurgeon is establishing a very good floor once again with nice peripherals. He has 12 shots on goal, 15 scoring chances, six blocked shots, and four hits. This comes with averaging just about 22 minutes of ice time per game over the last month. Spurgeon is back to creating offense like most in Minnesota are used to. Many forgot that he produced three 35+ point seasons.

The goaltender for the Dallas Stars benefits from playing at home often during April. Dallas will be in Texas for eight of their final 12 games. That should benefit Oettinger immensely. After all, his save percentage may suffer a bit (.904 at home but .914 since January 1st). However, he has 17 wins in 23 games at home. The only concern could be what happened in March when Oettinger had some off games. On the other hand, Dallas holds its playoff destiny in its hands and with that, Oettinger may just benefit this time around.