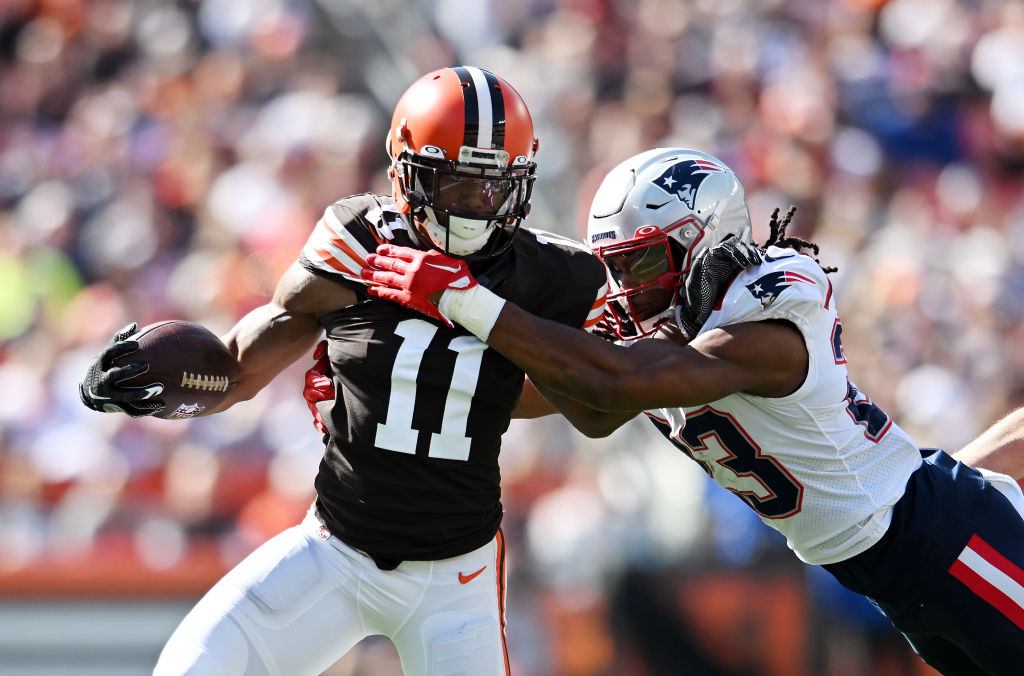 Week 11 is here and injuries and bye weeks continue to ravage our lineups. Many of us will be looking to the waiver wire again this week to find streamer options that we can plug in and get some points from. These are the guys you need to be picking up this week.

It’s that time of the week again when we tell you to stream the quarterback going up against the Las Vegas Raiders’ defense. They are absolutely atrocious and there isn’t a starting quarterback in the league you should be afraid to start against them. Granted, Russell Wilson has also been bad, but he’s still a great start this week.

As bad as Russ has been this year, he does have one QB1 finish. That was week four when he finished as the QB3 against none other than the Raiders. He threw for 237 yards, rushed for 29 yards, and accounted for three touchdowns. The Raiders have allowed the second-most fantasy points to quarterbacks this season, which includes leading the league in both passing and rushing TDs allowed by the position. The Lions are first in the league and the Raiders have been more consistently worse than them. Trevor Lawrence is the only quarterback to not put up at least 20 fantasy points against them this season. The list of quarterbacks who have includes Matt Ryan, Andy Dalton, Davis Mills, and Ryan Tannehill.

As we’ve already mentioned the Lions are allowing the most fantasy points to quarterbacks this season. That is whom Jones will face off against on Sunday. He should give you a strong performance this week both on the ground and threw the air. As well as being terrible against the pass, the Lions have allowed the second-most rushing yards to quarterbacks this season. Jones already has a 100-yard rushing game on his resume this season and three TDs on the ground. The Lions have been able to shut down a few QBs but also allow big blowup games. They’ve already given up a 42 fantasy point performance and three 30-plus fantasy point performances this season.

Williams made his NFL Debut last week and immediately slid in as the team’s primary pass-catching running back. He caught all three of his targets for 30 yards and took his only carry for nine yards. Rumblings around the Rams have been saying Williams will have a significant role in this offense for weeks. His usage rate should only improve from here. With Cooper Kupp now done for the season, there is a strong possibility that he will see even more targets than expected going forward. This week he takes on the Saints who are tough against the run but can be exploited by backs running routes of the backfield.

Pacheco is now the clear RB1 on the ground in Kansas City and has an elite matchup against the Chargers this week. Last week, Pacheco ran the ball 16 times for 82 yards, both career highs, while Clyde Edwards-Helaire didn’t see a single touch. The Chargers have allowed the third-most fantasy points to opposing running backs this season. If he continues seeing the bulk of the carries as we expect, he could be in line for a huge game.

If DPJ is still on your waivers he shouldn’t be. Coming off a five-catch 99-yard performance, he now has at least four catches in four straight and five out of the last six games. The last time he didn’t have at least 50 yards in a game it was still September. The only issue is he’s yet to find the end zone this season. However, that seems to be more of an aberration as scoring TDs has never been an issue for him throughout his career. It is safe to plug him into your lineup this week against the Bills whose defense isn’t nearly as dominant as it was earlier in the season. They are now middle of the pack against fantasy wideouts. The only concern here is that the weather in Buffalo could be a factor on Sunday.

Skowronek is a guy we have pegged as a potential major beneficiary of the Kupp injury. He is less owned than Van Jefferson and is the better play, especially in PPR leagues. He only caught two passes for 14 yards last week but led all Rams’ wideouts with seven targets. The hope is Matthew Stafford will return this week and Skowronek should be a strong PPR option. The two have shown to have chemistry together. This week he should have about five catches for 50-plus yards and hopefully can find the end zone.

When Matt Ryan plays Campbell has been outstanding this season. You can make a strong case that he and not Michael Pittman is Ryan’s WR1. Over the past three games that Campbell has played with Ryan, he has seen 32 targets. He turned those targets into 24 receptions for 203 yards and three TDs.

This is simply a stream of opportunity. Gerald Everett injured his groin last week and could miss Sunday Night Football this week. Donald Parham is already on injured reserve as well so McKitty is likely to be the team’s starting TE. A position that has had outstanding fantasy production this season. Mike Williams and Keenan Allen could also both be out again too. This would make McKitty’s production a necessity for this offense. He will also be going up against the Chiefs who are allowing the 10th-most fantasy points to TEs this season.

McBride is in a similar, but more long-term situation than McKitty. His matchup against the 49ers is much tougher, but if he plays well you may have a guy you can roster for the remainder of the season. This is because the Cardinals announced that Zach Ertz’s Week 10 injury will be season-ending. McBride will be tasked with replacing his top-five fantasy production at the position.