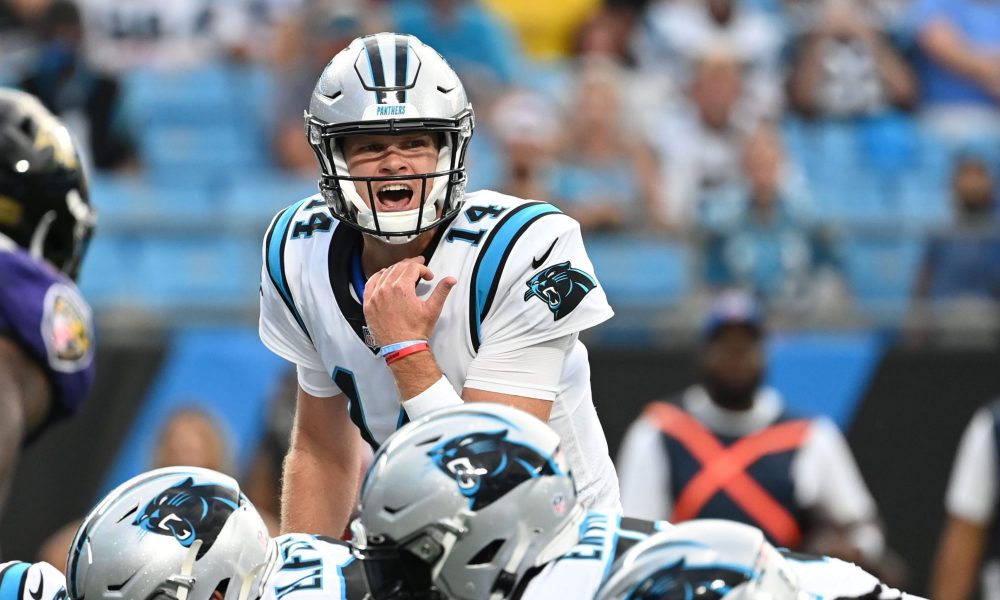 Revenge game alert! Darnold matches up with his former team in Week 1, the New York Jets Darnold comes into Week 1 with a loaded arsenal of weapons that he never had with the Jets. He is reunited with his top receiver from his days in New York in Robby Anderson, plus he has D.J. Moore and Terrace Marshall at the wide receiver position. Dan Arnold is a better tight end than the guys he had at his disposal when he was a member of the Jets. And having Christian McCaffrey as a weapon out of the backfield will be invaluable for the young quarterbacks. It also doesn’t hurt that the Jets' secondary is beyond atrocious.

I am not a fan of Tua but he gets a banged up Patriots’ secondary to open the season. With Stephon Gilmore out, the Patriots just don’t have a very good defense. J.C. Jackson is a solid corner, but Jalen Mills is a straight-up liability as their CB2 and Jonathan Jones is still battling a training camp injury. Tua isn’t going to throw any 80-yard touchdowns with Will Fuller serving the last game of his suspension dating back from last year, but the second-year signal-caller will have no problem moving the chains with Mike Gesicki at tight end, and rookie Jaylen Waddle to compliment DeVante Parker and Preston Williams to the wide receiver position. Don’t forget that Tagovailoa can also tuck the ball and run when close to the goal line. He could be an interesting play in Week 1. He is not going to win you your matchup, but he is absolutely serviceable if you are in a pinch.

The Broncos are most likely going to utilize a run-first approach on offense, however, Denver has a pretty favorable matchup against the New York Giants. With Courtland Sutton ready to return after last year’s season-ending injury, Bridgewater has a chance to make some real noise in his debut with the Broncos. Jerry Jeudy has significant upside and if Noah Fant is able to suit up, Bridgewater should throw for 250+ yards and at least a touchdown. Teddy is also capable of putting up fantasy points using his legs. I am projecting 20+ fantasy points as he exceeds 250 passing yards and finds the end zone once through the air and once on the ground.