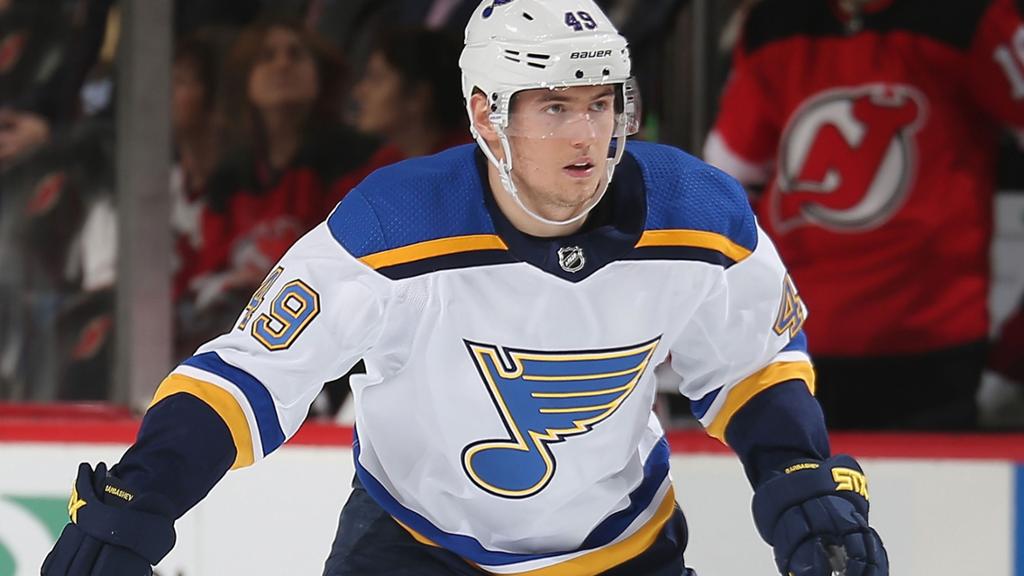 The NHL waiver wire is never a dull place. There are a few targets we have in mind for this upcoming week. Note the number of games on each team's schedule in Week 16 below.

In Week 16, our focus emphasizes balanced schedules. This should help fantasy owners as there are at least five or more games every day.

The concern with Mikheyev is the fact that no one knows when this streak is going to end. It is hard to argue with six goals and an assist in eight games. It is. That includes three in the past four contests. The other slight problem is that Toronto only plays twice next week. This does give fantasy owners an option to at least stash the player perhaps. In his first two seasons, Mikheyev has shown flashes of brilliance. The rookie campaign was when he got hurt. Last season was tough on him with no crowds. This third season, the Russian forward has adjusted well and is taking advantage of playing top-six minutes without playing much penalty kill.

Alas, the shots have fallen off a bit but Viktor Arvidsson still has four points in his last five games and 24 points in 34 games in 2021-22. He had a four-game point streak until Thursday night against Colorado. Even then, Arvidsson generated four scoring chances, hit a post, and had three shots on goal. The winger also played 19+ minutes again which means he is seeing extra power-play time. The good news is that Los Angeles plays four times next week which will give Arvidsson more opportunities to light up the scoresheet. Also, he will get a chance to add to his power-play totals.

Florida always seems to have these stories. Last year, it was Carter Verhaeghe. This year, it is Anton Lundell. The center has been seeing increasing amounts of ice time as Andrew Brunette trusts the forward more and more. The results speak for themself. Lundell behind a big fantasy week is up to nine goals on the season and 24 points in 36 games. This is despite a 44.4% defensive zone deployment. He is now seeing 16:30 of ice time a night. He had two goals and four assists last week while playing up and down the middle-six for Florida. One night, Lundell can assert himself offensively as he did against Columbus where he scored twice on eight shots. It is hard to believe the Finnish pivot is just 20 years old. The center sets up plays at least 4-6 times a game to other teammates that make one believe he will only keep scoring.

This is going to be interesting. Kaapo Kahkonen deserved a better fate against Colorado on Monday but still stopped 35 of 38 shots as he continued an excellent stretch of play. The Finnish goalie is 3-0-1 in his last four starts. Though Cam Talbot will return this weekend, expect Kahkonen to at least split goaltending duties until the "Olympic Break" which is just an All-Star Break. The goaltender has handled a high-tension load (37.25 shots per game faced). Allowing only 10 goals in this stretch is impressive and Talbot has not shown enough consistency. There is a reason why Kahkonen is near a save percentage of .920 while Talbot struggles around the league average.

This is probably the last week Ivan Barbashev is less than 50% owned anywhere. The St. Louis Blues' pivot keeps enjoying one heck of a breakout season. The Russian has 34 points in 38 games and has already exceeded his career highs in goals (15) and assists (19). He still has more than half a season to go. Ice time only keeps trending up for him as well. Barbashev is now playing 17:09 a night and even has 11 shots on goal in his last five games. His game last Monday against Nashville turned a lot of heads. He had two goals, two assists, four shots, and posted the game-winning tally. Some players take a while to mature and Barbashev clearly was worth the wait.

For a top-four defenseman, Noah Dobson is showing the ability to play in all situations -- power play, penalty kill, and even strength. He played nearly 24 minutes a night over the past five games. Now, the Islanders' defenseman may only have a goal and assist offensively, but he did have 16 shots on goal and 18 scoring chances over that span. Dobson also delivered 10 blocked shots. He still has a respectable five goals and nine assists in 30 games this season. With New York playing so much over the "second half", expect the goals and assists to only go up.

With the growing pains that are the first few starts for Tuukka Rask, fantasy owners will have to relax a bit. He played well against the Philadelphia Flyers stopping all but two shots. Against Carolina, he was pulled after yielding five goals on 12 shots. To be fair, that was after the retirement of Willie O'Ree. However, Rask did seem to be thrown off. So, the plan may be for Rask to be more of a "1A" that platoons as the Bruins play four times next week. Expect two or maybe three starts at the most as Bruce Cassidy continues to ease Rask in. Which Rask do we see is a valid question right now? Expect a little of both.