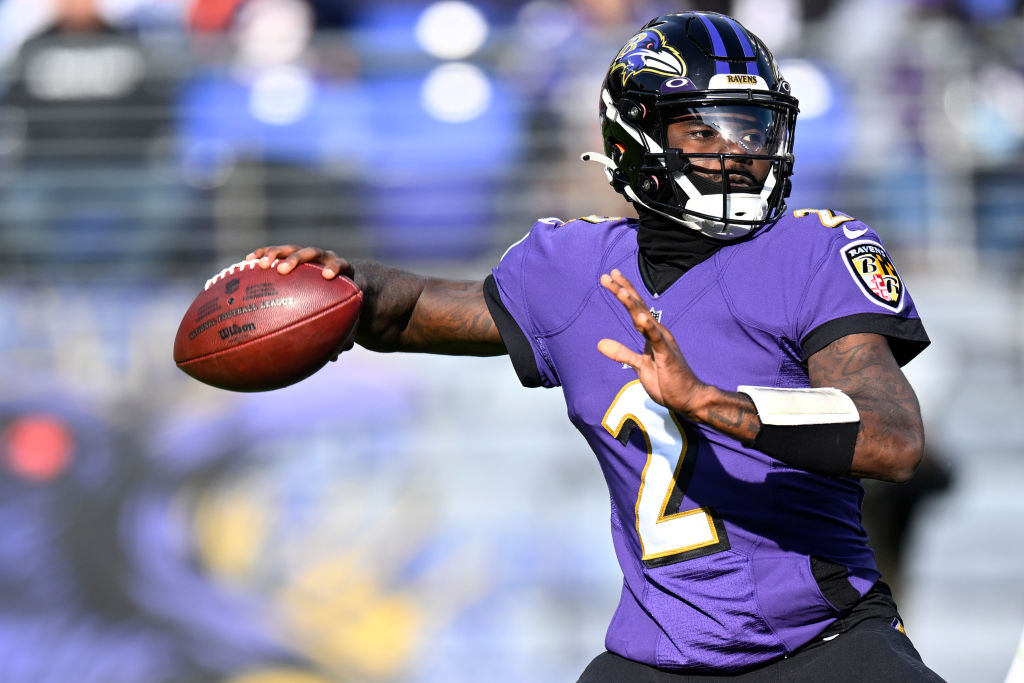 Week 14 is here and injuries and bye weeks continue to ravage our lineups. Many of us will be looking to the waiver wire again this week to find streamer options that we can plug in and get some points from.

Goff is probably the most commonly streamed quarterback this season and for good reason. He currently sits as the QB15 on the season in points per game and has been very productive on his home field. Last week he went on the road and had a big game against the Jags in which he threw for 340 yards, two touchdowns, and no turnovers. So while his splits favor his home performances he’s not terrible on the road. There also isn’t much disaster game potential because he’s only thrown one interception since October 23 and that came on November 6.

This week he plays at home and draws the Vikings who haven’t been able to stop anyone through the air. They are allowing the fourth-most fantasy points to quarterbacks and have the last-ranked pass defense in the NFL. Overall, their defense ranks 31st in yards per game and 21st in points per game. Week after week the Vikings’ defense allows a terrible quarterback to look competent. We’ve seen it the past two weeks with Mac Jones and Mike White. If you are looking to stream a QB this week you won’t find a better option than Goff.

Lamar Jackson left last week’s game with a knee injury and isn’t going to play this week. He could miss a few weeks so if Huntley does play well like he did last year you may have a streaming option you can get a few weeks out of. While Huntley didn’t look great last week he wasn’t any worse than Jackson has been for a long stretch of this season and also brings a nice floor because of his rushing ability. Last week, against arguably the best defense in the league he threw for 187 yards and rushed for 41 yards with a TD. There is a good chance you don’t see a significant drop off this week from what Jackson has been giving you. He will face off with the Steelers this week who have given up the ninth-most fantasy points to QBs this year and have given up 23 passing TDs which is the third-most in the league.

Cook saw by far his highest snap count of the season last week leading to his most productive fantasy week of the year. He was on the field for 43% of the snaps compared to Devin Singletary’s 44% which was a season-low for him. It appears the more dynamic Cook is taking over this backfield. It will still be a split-back system, but when you watch them both run Cook is clearly more explosive. Last week, he carried the ball 14 times for 64 yards and caught six passes for 41 yards. If he’s available he should be a solid streaming option this week against the Jets.

Last week, all the running backs on the Seahawks went down with injuries. Kenneth Walker jammed his ankle and Deejay Dallas was forced to play through an injury because the team needed him. Homer was sidelined with an illness. Assuming he can return this week he could be RB1 in Seattle. It seems almost certain Walker will be out this week and Dallas will be questionable and potentially limited if he even manages to play at all. Even if Dallas was fully healthy Homer may be a better fantasy option, especially in PPR leagues. If nothing else, Homer is worth a speculative add and you can see how this situation plays out throughout the week.

Jones finally built enough trust for fantasy owners to confidently start him last week against a terrible Lions’ defense and he put up a dud. Not only was he unproductive, but he dropped multiple passes including a sure TD. Surely this will lead to him finding his way back to the waiver wire in plenty of leagues. You should throw that game out and scoop him up if you need to stream a wideout. He had been consistent for most of the season and has a great matchup this week against the Titans. Tennessee is giving up the most fantasy points to wideouts and rank 31st against the pass in the league.

As it so often happens, with Goff comes his receiver. Chark broke out last week in his third game back from injury catching five passes for 98 yards. He is the deep threat on this team seeing a ton of air yards. As bad as the Vikings are against quarterbacks they are even worse against receivers allowing the third-most fantasy points to the position this season. This should be a pass-heavy game and that leaves plenty of value for the Lions WR2.

This is a scary one, but MVS looks like he’s emerged as Patrick Mahomes top wideout after a rash of injuries his this WR corps. Mecole Hardman is still on IR, Juju Smith-Schuster hasn’t looked like himself since suffering a concussion, and Skyy Moore is nowhere to be found most of the time. MVS has seen at least four targets in four straight games now and has topped 50 yards in all but one of them. He’s a big play threat and worth a shot if you’re looking to stream a high-upside guy. That upside does not come without risk though.

We are seeing this rookie tight end breakout and emerge as a much-needed playmaker in the Titans’ passing attack. He has now seen five targets in back-to-back games and has had a reception of at least 30 yards in four of his last five. In three of those four games, he actually had a 40-plus-yard reception. If he can’t start getting some red zone looks to go along with his big-play ability he could become a league winner down the stretch. Especially if Treylon Burks misses time due to his concussion.

Bellinger returned last week from his eye injury and slid right back into his starting role playing 97% of the snaps. He didn’t have a big game but he did catch five passes. Regardless, he’s a big part of the Giants’ offense and a key piece to what they are trying to do. Look for Daniel Jones to target him plenty this week as he tries to get the ball out quickly against a ferocious Eagles’ defensive front.