If you thought Week 6 was tough with four teams on bye, you must be shaking in your boots as we gear up for Week 7. Some of the top teams are off this week including the Buffalo Bills, Dallas Cowboys, Los Angeles Chargers, Pittsburgh Steelers, Minnesota Vikings, and the Jacksonville Jaguars. All of these teams have fantasy studs so it will be quite difficult to find a streaming replacement, especially if you missed out on the waiver wire.

At the tight end position, fantasy owners will need to find a replacement for solid options such as Dawson Knox, Dalton Schultz, Jared Cook, and several others. That is no easy task. So let’s dive in. Note: If you’re still abiding by the old “start your studs” saying and waiting on some of your preseason darlings to pan out (I’m looking at you, Miles Sanders, Robby Anderson, Brandon Aiyuk and Allen Robinson), it’s time to adjust your expectations. 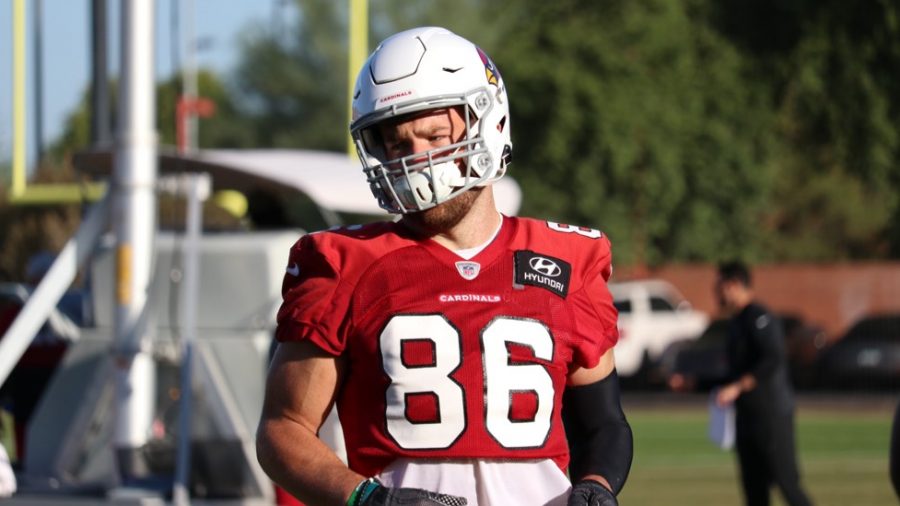 Ertz is on a new team this week, but it’s still worth noting that he’s seen 27 targets over his last four games. The Cardinals offense has more mouths to feed, but they traded for Ertz for a reason and will likely make a point of involving him in this week’s game plan against a Texans defense that has had trouble limiting opposing tight ends this year.

Note: Be sure to utilize the Start / Sit tool to see who the best option at the tight end position is on your team. As you can see, our tool recommends playing Ertz over Evan Engram. 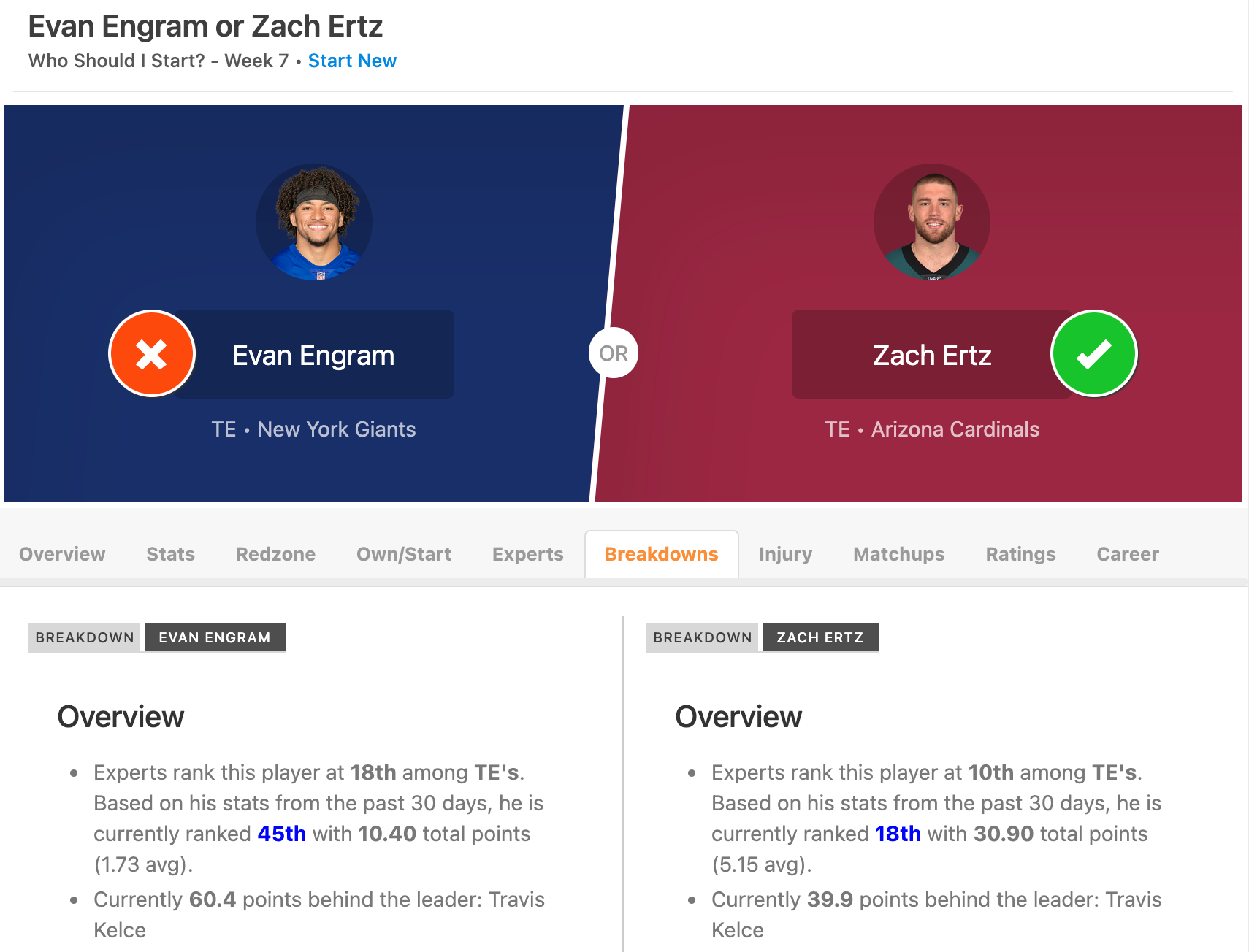 We’re officially into dart-throw territory now. Alie-Cox has three touchdowns in his last three games, but that number is a bit deceiving as he’s only seen 12 targets in those three games. While it’s not entirely unlikely, this recommendation comes with the disclaimer that we’re essentially crossing our fingers that at least one of Alie-Cox’s targets this week comes in the red zone. If not, he could easily put up a dud.

The tight end position is not very deep at all, which is why I’m forced to recommend Uzomah as a potential waiver wire addition. In Week 4, Uzomah had a coming out party, catching five passes for 95 yards and two touchdowns. He put up a stinker in Week 5, but he compiled three catches for 15 yards and a touchdown yesterday. Is he the most trustworthy option? Absolutely not. Would I start him if I had to? Yes.

I wish you all the best of luck in Week 7, and I’ll see you back here next week to see if we can find some hidden gems for Week 8!