Week 5 kicks off tonight with Thursday Night Football as the Seattle Seahawks take on the Los Angeles Rams in a clash of NFC West heavyweights. If you’re still abiding by the old “start your studs” saying and waiting on some of your preseason darlings to pan out (I’m looking at you, Miles Sanders, Robby Anderson, Brandon Aiyuk and Allen Robinson), it’s time to adjust your expectations.

I’m not saying you should automatically bench every disappointing starter you drafted, but if it hasn’t happened yet -- there’s a good chance the player you’re waiting on isn’t the player you thought he was. 2021 isn’t 2020.

So what do you do? Look to the hot hands and players trending upward. They may only help you for one week, but at this point, the name of the game is live to play another day.

And with that, let’s look at some streaming options for Week 5.... 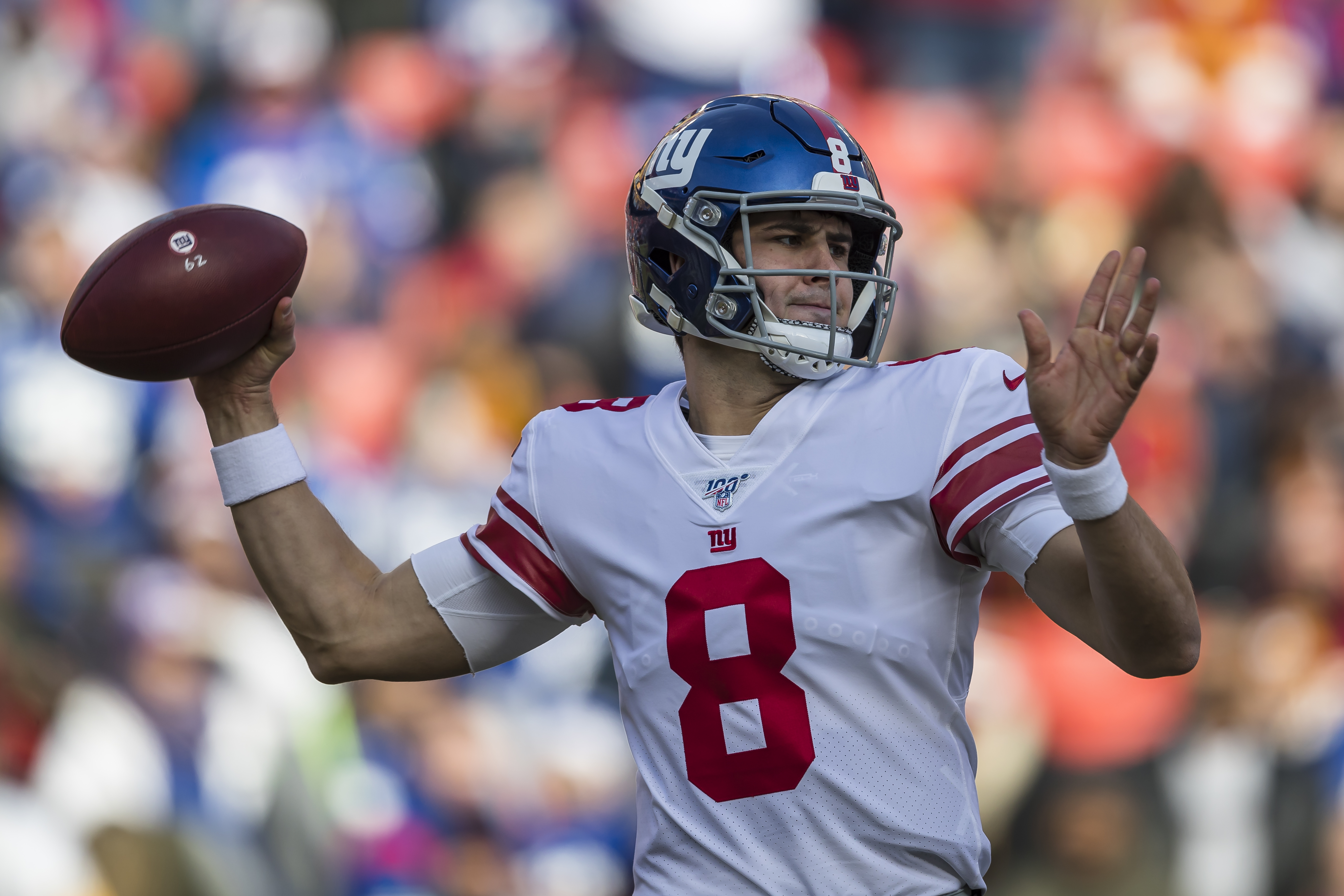 This is obviously very much dependent on Jimmy Garoppolo actually missing time, but as of writing this, it looks like Lance will be starting against the Cardinals this week. While Arizona has been pretty decent in limiting opposing quarterbacks so far, Lance’s upside can’t be ignored. He’s got some great weapons in Deebo Samuel, George Kittle, and yes, even Brandon Aiyuk. And he brings a rushing ability that can easily add an extra 5-7 points to his fantasy total. I haven’t done my rankings yet for this week, but I’ll likely have Lance as a top-12 quarterback if he starts.

Jones is currently a top-10 fantasy quarterback, but is still available in a lot of leagues. Even moreso, he has a great matchup against a Cowboys defense that has given up a lot of fantasy points to opposing quarterbacks thus far this year. There’s really no reason a top-10 quarterback in a good matchup should be available on your waiver wire, so make sure that’s not the case in your league this week.

Could Wilson throw three picks? Absolutely. But he looked much better last week against the Titans and has Jamison Crowder back in the fold. And he also gets to face an absolutely horrendous Falcons defense in London this week (poor Londoners having to watch this game). Starting Wilson is more of a desperation play, but he checks a lot of boxes in Week 5.

I had Conner here last week and he paid off in a big way, so let’s go to the well again. Conner has cemented himself as the goal-line back for the Cardinals and may play himself to more of a lead-back role if he keeps this up. While the 49ers have been excellent against the run in past years, that hasn’t quite been the case thus far in 2021. Sneak Conner into your lineup if you cant this week (and beyond).

Gainwell really shouldn’t be considered sneaky at this point, but he’s still available in the majority of fantasy leagues. Similar to Conner, Gainwell may play himself into the 1A spot for his team as Miles Sanders could be destined for that 1B role. Gainwell also brings an added pass-catching element and makes a fantastic start for PPR leagues.

Samaje Perine is going to be the Bengals FAAB darling this week with the news that Joe Mixon might miss time, but Evans is a great consolation prize. The rookie hasn’t carried the ball yet this year, but he’s a threat out of the backfield and should provide some solid value in PPR leagues if Mixon does, indeed, sit this week.

Crowder continues to fly under the radar as he’s done his entire career, but all the guy does is produce. He saw nine targets in his first action of the season last week and could very well have already established himself as a security blanket for Zach Wilson. While he’ll still have to compete for targets with Corey Davis and Elijah Moore, Crowder is a worthy start if you’re looking to fill in injury (or disappointment) holes.

No, it is not 2015. Your eyes are not deceiving you. After a couple of years of forcing Aaron Rodgers to play with one weapon on offense, the Packers finally let him bring one of his favorite toys back. Cobb found the end zone twice on six targets last week with Marquez Valdes-Scantling on IR and should be able to do some more damage this week against the Bengals.

Bourne doesn’t play in a high-powered offense. And he has a lot of competition for targets. But he’s also looked like the Patriots best receiver over the past two weeks and has seen 13 targets in that span. If you’re playing in deeper leagues and are a little desperate this week, Bourne is most definitely worth a spot-start.

While Engram benefited a bit from the Giants injuries at receiver, he has a rapport with Daniel Jones from the past couple of years so his six targets shouldn’t be an anomaly. He didn’t do much with those targets (27 yards), but he has 12 targets in two weeks and is a viable tight end streamer if you need one.

The Titans are a bit of a mess at wide receiver right now, and though he’s a tight end, Firkser should be able to capitalize while the Titans get their receiving corps healthy. Firkser saw five targets after returning from a two-game absence and very well could serve as a top receiving option again this week if Julio Jones and/or A.J. Brown miss another game.

There are not many tight ends worth considering so that will do it for this week’s streaming options. I wish you all the best of luck in Week 5, and I’ll see you back here next week to see if we can find some hidden gems for Week 6!