After a few weeks of NBA action, some players have either been injured or simply haven't had their breakout game of the 2021-22 season yet. Using our FSP NBA Trade Value Chart, here are your Week 3 NBA Fantasy trade targets. 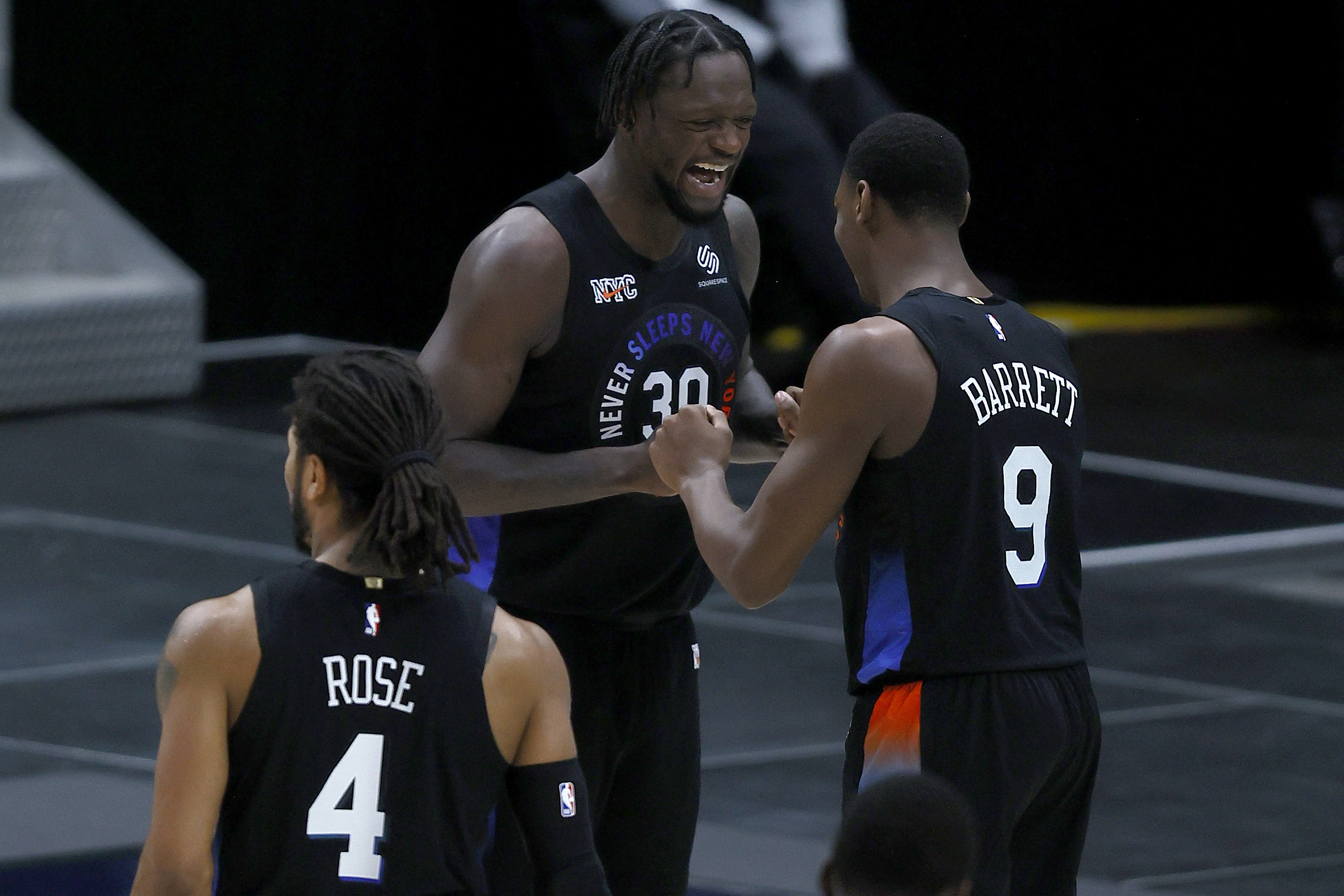 Brogdon’s trade value slightly decreased by -2.5 points last week. Brogdon is currently injured dealing with a hamstring injury, and TJ McConnel has largely filled in at the PG position in his absence while Caris LeVert has just returned to NBA action. Brogdon is the heart of the Pacers’ offense, serving as a versatile and experienced PG capable of scoring as much as he can get the ball to his teammates. Brogdon is dealing with a hamstring injury but said that he expects to play against the New York Knicks on Wednesday. Even if he does not, Brogdon is currently DTD and might return with a minutes restriction. His trade value is decreased solely because he hasn’t been active. He’s currently averaging 23.4 PPG, 7 RPG, and 7 APG in 37 MPG, making a solid early case for an All-Star nomination. Brogdon might score slightly less (2-3 PPG) with the return of LeVert (assuming LeVert can remain healthy). Nonetheless, Brogdon’s decreased value solely on his absence makes him more attainable making him a great buy-low candidate at the point guard position.

The go-to guy in Dallas, and potentially the best guard in the entire NBA, is Luka Doncic. However, Jalen Brunson has started alongside Doncic as a shooting guard numerous times for the Mavs. He is currently recording 12.7 PPG in 26.3 MPG, and he erupted Tuesday night for 25 points in 31 minutes. At 6’1", quick, and with good floor vision, he makes me think of DJ Augustin’s energy and ability to turn on a switch. Brunson is a key player for Dallas who will be playing between 25-30 minutes a night. His trade value dipped by -2.0 points this week, making him an interesting opportunity to buy low. Especially with the strong game that he had last night, Brunson should be on your radar as a guy to target. You might consider trading a guy like SG Josh Hart with a trade value in the 11.0-13.0 range and gain on a trade acquiring Brunson at his current value of 14.24, which in my opinion is an undervaluation of his ability to produce for Dallas.

MPJ has been off to a slow start this season, and his trade value has vastly decreased in turn. He’s shooting a bleak 34.5% from the field and averaging 10.7 PPG. Nonetheless, Porter Jr. will continue to be a critical piece of the Nuggets offense and will shoot better. It’s crucial to remember that last season he scored more than 19 PPG on 54.2% shooting. Over the last few games, he hasn’t had his breakout game and some fantasy owners may be getting impatient. This is your time to pick up Porter Jr. at his current FSP trade value of 14.76.

Hart’s value has increased slightly but I’m not confident that his role in the Pelicans' rotation will continue to increase in importance moving forward. Guards like Devonte Graham are starting to produce numbers resembling those which owners had hoped for. Josh Hart’s value shot up by +4.3 points specifically because of a strong outing he had against the Knicks on Saturday night. In 30 minutes played he scored 16 points and recorded 8 rebounds. What’s potentially the most impressive is that he is currently shooting 68.8% from the field, which also helps to explain why his FSP trade value has increased. These numbers, however, were only based on the last three games and the only ones in which he has played so far this season and the Pelicans lost all of them. Hart’s current Value is at 11.74 making him much more tradeable than last week when he was valued at 7.4. Just by taking a glance at our trade value chart, I can immediately spot a few shooters I would try to trade Hart for especially because they are within +/- 1.0 of Hart’s current trade value. This includes Clippers SGs Terrance Mann (11.79) & Luke Kennard (11.71). Even SFs Duncan Robinson (11.31) & Royce O’Neale (11.44) are valued lower than Josh Hart, and from what I've seen of their careers and performances, they both are much more promising wings with more upside than Josh Hart. Last season, Hart averaged 9.2 PPG whole shooting 43.9% from the field and 32.6% from three-point range. He’s very inconsistent as a shooter and as a player. Any of the players I listed above have better numbers shooting and in my opinion provide more consistent options than Hart, who ought to be sold high after his trade value climbed. 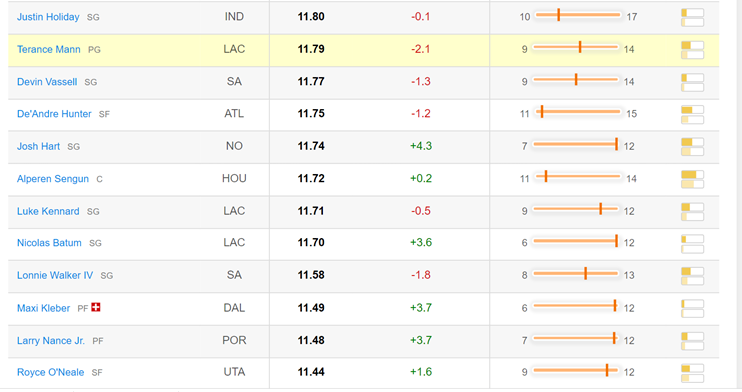 Things have been hectic in Philadelphia predominantly because of the situation with their starting PG Ben Simmons. Embiid was the face of the franchise when Simmons was active, he is even more so now that Simmons is out. Though he is currently averaging a respectable 21.0 PPG and 8.7 RPG in 30 MPG this season, Embiid has had a few shaky games over the last week. That has brought his trade value down three points. It could be a good time to buy him low. Embiid is known to have a few off-games, but 30-point, 18-rebound performances like he showcased on October 28 against the Pistons is what makes him one of the top three big men in the league every season. With his trade value decreasing slightly, you might consider trading for him.

Randle is the core of the NY Knicks. He is without a question the team's most valuable player, and one of the best big men in the league. According to our charts, however, Randle’s trade value decreased by a significant -4.3 points. RJ Barett’s powerful week in the Knicks rotation, featuring a career-high 38-point performance on Saturday night meant that Randle had less to produce offensively than he does most weeks. For that reason alone, Randle’s value decreased along with his production last week. To me, this is not an indication of anything to come, as Randle’s production will continue to be stellar throughout the season. If Randle is a player you’ve wanted to acquire in a trade, it might be a good time to consider making a move to buy him below his traditional value. His Trade Chart Value will almost certainly rise this week after losing more than four points last week.

For access to more content and premium features, take a look at our memberships page. Also, check out the new FSP Trade Analyzer!