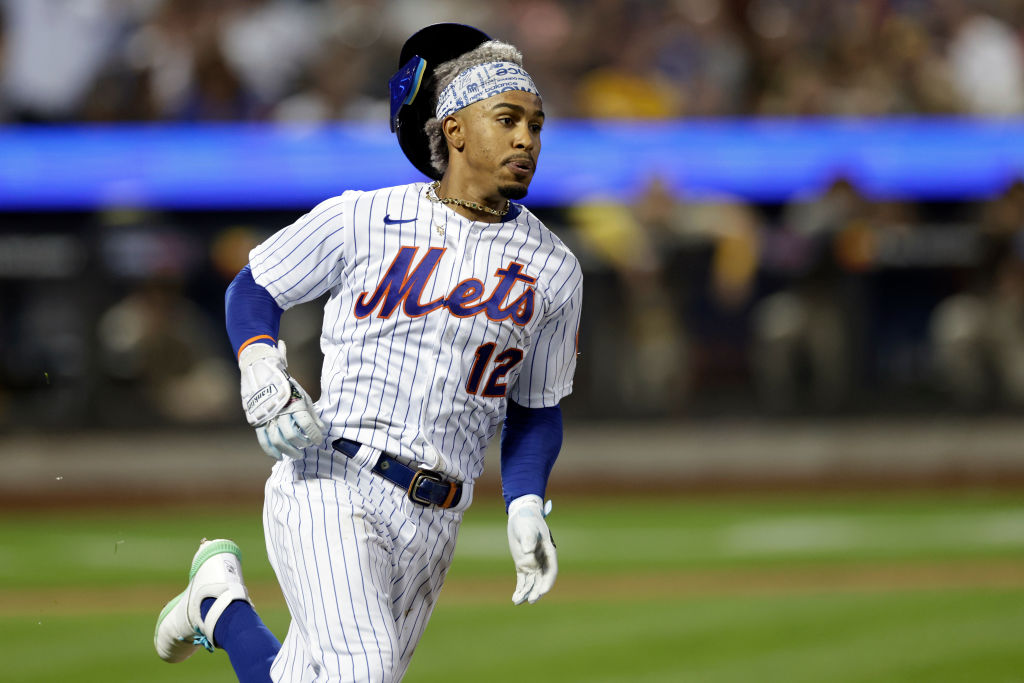 As we wrap up the month of July and head into the late Summer, some big-name players are ideal buy-low candidates. Wainwright and Lindor each have a trade value below 11.5 as we head into Week 17. On the other hand, DJ LeMahieu and Triston McKenzie have seen their trade values surge to the point that they are overvalued. Savvy fantasy owners may want to trade them while their respective values are this high. Let’s take a look at this week’s best fantasy baseball trade candidates to buy low or sell high.

In his last start, veteran SP Adam Wainwright led the Cardinals to a win, pitching 7.0 innings, striking out eight batters, and only allowing one run. As Wainwright has aged, his efficiency on the mound has declined. This season, he’s had some great outings as well as some terrible performances. Despite his inconsistency in 2022, Wainwright has struck out 99 batters in 123.1 IPs this season. In three of his last six starts, Wainwright has produced at least 20 FPTS. In two of them, he struck out at least eight batters and netted 27 FPTS. Wainwright is also close to his season-low trade value of approximately eight points. He peaked this season at 24 points on the Trade Value Charts, which means you are getting a massive return on a cheap investment so long as Wainwright doesn’t implode. Dozens of pitchers are ranked ahead of him on the Trade Value Charts, making him the most undervalued starting pitcher to target in trades in Week 16.

Over the last seven games, Brewers’ first baseman Rowdy Tellez has seven hits for three home runs and nine RBIs. Through this stretch, he’s batted .259, well above his .230 BA this season. In 2022, Tellez had 76 hits, including 20 home runs and 64 RBIs. He’s a guy that strikes out plenty but hits hard when he makes contact. Tellez is someone you want at the plate with runners in scoring position. Last night, Tellez hit two home runs and recorded six RBIs. While this was a magical night for him, fantasy owners should pay attention to Tellez’s play at the moment. His value peaked at 18 points this season, making him a great buy-low trade candidate. He’s currently ranked below first basemen Jose Abreu (11.04) and Rhys Hoskins (11.50) who both have been less efficient over the last 15 games than they have throughout the season. Especially after Tellez’s eye-opening game last night, you might consider trading for this RBI-generating power-hitter.

Though the Mets have been on a roll this season, shortstop Francisco Lindor has had trouble finding his rhythm. However, he’s really started to heat up in July. Although he’s batting just .251 this season, he’s batted .302 over the last 15 games and .321 over the last seven. The same can be said about his OBP, which is at .335 on the season, but has been .353 over the last 15 games, and .367 over the last seven. These numbers show that Lindor is hitting more efficiently as of late and he’s being more patient at the plate. He’s also reached 10 stolen bases this season, tying his SB total from last season when he played a total of 125 games. You could try to trade a guy like Xander Boagerts (17.24) in exchange for Lindor and another player with a trade value of approximately seven or below. 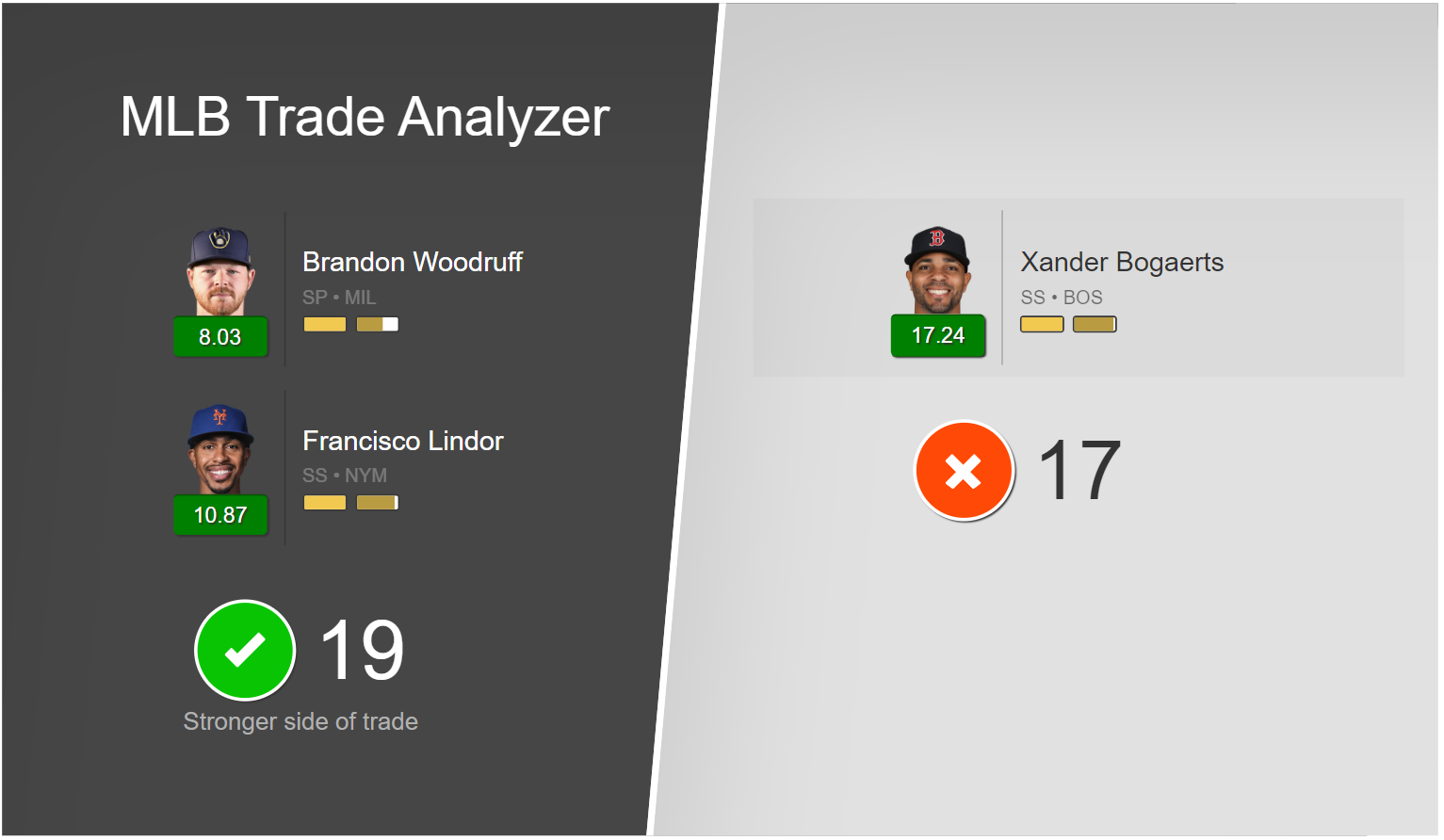 DJ LeMahieu has had a great season and has played an essential role in the Yankees’ success. However, his trade value has reached its peak of about 18 points in the MLB Trade Value Charts. This is because he’s played superbly over the last 15 games. Throughout this stretch, he batted .357 and with an outstanding OBP of .471. It’s hard to envision him keeping this hot streak going. Eventually, he’s going to slow down. In fact, he’s already begun to come back to earth over the last seven games, hitting .308 from the plate with one home run and just three RBIs. While LeMahieu is one of the best in the game at his position, he is certainly not the second-best second baseman in fantasy baseball. With his inflated value, consider trading him away for a second baseman like Jose Altuve (13.11) or Wilmer Flores" data-toggle="modal" data-target="#player-pop-up" href="/mlb_player_news/Wilmer_Flores/">Wilmer Flores (11.30). You could even try trading him away for two players if your fantasy team is lacking depth or facing injuries. This week, DJ LeMahieu is the second baseman to sell high.

Pitching in his third MLB season, Triston McKenzie has exceeded expectations. As of late, he’s pitched phenomenally. Over his last seven starts, McKenzie has recorded 45 strikeouts and is 4-1 with two no decisions. In three of his last four starts, McKenzie has produced at least 20 FPTS. He netted 34 FPTS on July 14 against the Detroit Tigers when he struck out a whopping 12 batters. Still, McKenzie is young and unpredictable. At the moment, he’s less than a point away from his season-high trade value of approximately 17 points. Both Yu Darvish and Nestor Cortes are ranked below McKenzie but are more consistent and established than the young Guardian.

Darvish has produced at least 20 FPTS in each of his last four starts. Over the last seven games, the veteran Japanese pitcher has recorded an impressive 59 strikeouts in a total of 47.0 innings pitched. He might be one of the hottest pitchers in baseball at the moment who you could trade McKenzie away for easily in Week 16.