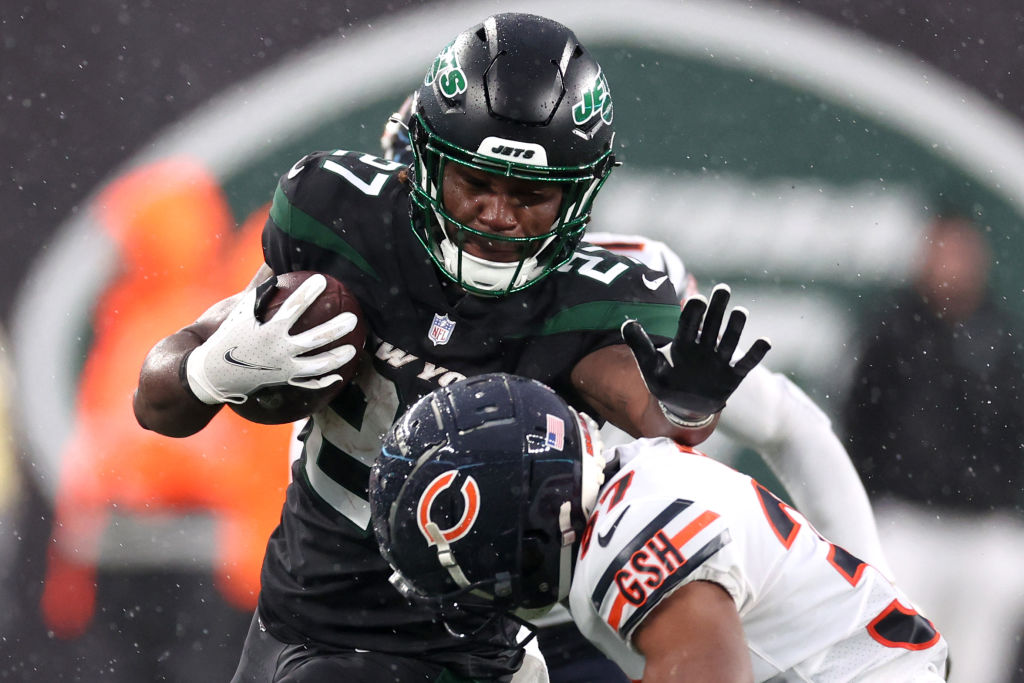 As we gear up for the final week of the fantasy football season, it is pivotal to pinpoint the right players to target on the waiver wire and to bid the right number of FAAB bucks! Let's break down the top targets at each position.

Lamar Jackson is expected to miss Week 14 at a minimum with a knee injury suffered in the first quarter against Denver. This puts Huntley back into fantasy consideration much like he was in 2021. Huntley is not much of a passer, but he is elusive, has good mobility, and throws just well enough to keep defenses honest. Truth be told, the Ravens' offense wasn’t synching with Lamar, so how bad will it be with Huntley? FAAB: $60-80

Most 49ers fans are lamenting Jimmy G’s broken foot but I wouldn’t give up Super Bowl hopes just yet. Purdy has been someone that the coaching staff has liked since preseason and the team has enough offensive weapons to keep opponents guessing. The X-Factor is George Kittle who is so good as a blocker that it should help Purdy more time to find his weapons. FAAB: $30-40

White might have lost the game to the Vikings, but he drove the team downfield and put them in position to win had Berrios caught the ball in the end zone. I think he's probably the best quarterback available right now on the waiver wire and I'm more than happy to pick him up in leagues and start him if need be. FAAB: $60-80

It was good to see Darnold back as the starter for the Panthers as the Baker Mayfield experiment blew up in the Panthers’ faces. Darnold is certainly not a world beater but he is a pro quarterback and he immediately makes DJ Moore a viable fantasy target. FAAB: $50-60

Knight was a well above average college player and the Jets used him as their RB1 against Minnesota this past weekend. He’s adept at running and receiving and he should get about 18-22 touches per week. There's always one guy who ends up emerging late in the season and this season it just might be Knight. FAAB: 80-90% of your remaining budget

I am so annoyed at this point with Sean McVay waffling between Cam Akers and Kyren Williams based on the week. I am going to stick with Akers here as I think he is the more explosive back. FAAB: $100-120

Keep an eye on this situation as Kenneth Walker suffered an injury against the Rams and might be forced to miss Week 14. If this happens, Jones will be used more on 1st and 2nd downs and Dallas will get the passing downs. If I had to choose one, I would go with Dallas as he is more familiar with the team’s offensive scheme. FAAB: Dallas $50-60, Jones $40-50

I was a little shocked that Boone was playing even back when Javonte Williams was healthy but now that Williams is hurt and Melvin Gordon is cut there seems to be a reasonable pathway for him to get some playing time for the rest of the season. He's certainly not a world beater but I think that he could have 6 to 10 fantasy points per week over the next few games. FAAB: $20-30

Mason was the clear RB2 for the 49ers against Miami and looked respectable running the ball as a change-of-pace back. It seems strange to think that the 49ers strength may have become a weakness, but Mason will be used and is worth picking up. FAAB: $30-40

Chark had six targets against Jacksonville catching five passes for 98 yards. I don't expect that production every week especially with Jameson Williams now back from the IR but Chark has a very good skill set and I really do like him in week 14 against a Vikings secondary that can't really stop anybody right now. FAAB: $50-60

Seven targets in the past two weeks including four last night against Tampa have caught my attention. Jarvis Landry feels like toast and Shaheed might be the WR2 right now in the Bayou. FAAB: $50-60

Once regarded as a gadget player, McKenzie has received 15 targets in the past two games catching 11 of them for 140 yards and a TD. Gabe Davis has not stepped up as expected so it’s quite possible that he is Josh Allen’s number two target behind Stefon Diggs. FAAB: $150-180

Doesn't it seem like just a short time ago that we were talking about Davis is one of the top young receivers in the league? He's been out for a few games this season with an injury but he's been back recently and he seems to be involved in the offense especially with Mike White passing the ball around to everybody. Davis had 10 targets in the game against Minnesota which puts him firmly on the fantasy radar. FAAB: $50-70

I'm not sure I really like any of the Giants’ receivers outside of Slayton but I've got to think that one of these two guys is in play during a six team BYE week. I like Hodgins’ size and hands but I think James is a more skilled receiver.  FAAB: James $30-40, Hodgins $20-30

Williams finally was activated off IR and was targeted once against Jacksonville. His role will increase steadily but don’t overrate him for the fantasy playoffs. FAAB: $30-40

I want every piece of the Miami offense that I can possibly find. Sheffield is the handcuff to both Hill and Waddle and someone who should be rostered in 16-team leagues. FAAB: $30-40 (up to 60 if you have Hill or Waddle)

In his first game back from injury, Bellinger had five catches on five targets and played almost every snap. He might end up becoming Daniel Jones’ preferred red zone target over the coming weeks, so he is absolutely on my radar. FAAB: $50-70

This is a guy that I've had my eye on for quite some time. The Colts spent a high draft pick on him even though they had depth at the position. He's very big with a huge catching radius and surprising speed for a guy of his size. He could have a chance for a very successful end of season and is somebody I'm eying in dynasty formats as well. FAAB: $20-30

The more I watch Okonkwo play the more impressed I am. A fourth-round pick out of Maryland, he has good speed and is improving each week. Over the past two games he has seven catches on 10 targets which shows that he is gaining Ryan Tannehill’s trust. FAAB: $30-40