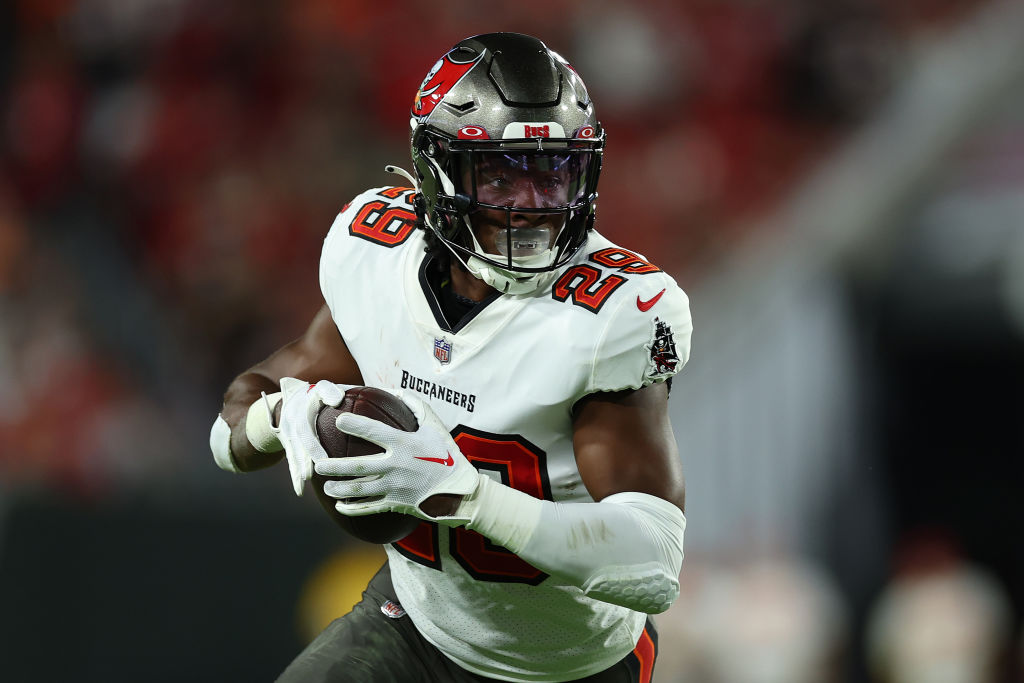 It's that time of the week to look at the top players at each position on the waiver wire and how much of your FAAB budget you should consider spending on each player. Let's dive in.

Watson is scheduled to return to the practice this week and is expected to start in Week 13. If he is available in your league you are going to have to get him right now, since the chatter about his return will continue to grow. The Browns have a solid offense and just need Watson to return to get it into another gear. He could become a huge asset in the fantasy playoffs. FAAB: $120-140

Pickett had some issues throwing the ball against New Orleans, but he is a gritty player who has solid upside. Moreover, he has shown surprising mobility, even audibling to call his own number on the QB sneak. He looks to be a 15-18 point a week player which might be useful with BYE weeks still looming. FAAB: $20-30

Detroit, Jacksonville, and Seattle. What do these three teams have in common? They are the playoff schedule for Wilson and the rest of the Jets. Does it get much easier than that? Probably not. Will he take advantage of it? Hard to say, but it’s worth the risk. FAAB: $30-40

As Al Pacino said in Scarface, “Say hello to my little friend…” Our good friend Ryan is back in good graces in Indianapolis and is once again the starter. If given time and a running game, Ryan can still be an effective QB. What’s even more important is the fact that Ryan’s presence keeps all the Colts’ young receivers worth rostering. FAAB: $10-15

I am ill as I sit here typing Baker’s name, but this might truly be his last chance to be a starter in the league so if there was ever a time to take a chance on him this might be it. Carolina has a late season BYE week, so do not invest heavily (not that you would anyway). FAAB: $1-3

It took a Leonard Fournette injury for fantasy managers to see what I’ve been talking about all season long: White is a potential fantasy superstar. He rushed for over 100 yards against Seattle and finds open holes and runs through them like a larger version of Tony Pollard. It looks as if Fournette is not going to miss time with a hip injury, but it is possible Tampa might make the switch to White anyway. FAAB: $250-280

Eno Benjamin was cut on Monday which should immediately help drive up Ingram’s fantasy value. Careful not to overspend, though, as James Conner had 96% of the snaps against Los Angeles and doesn’t look like he will lose the job outside of an injury. Let’s call Ingram a glorified Conner insurance policy. FAAB: $40-50

CEH was barely used in the game against Jacksonville, only getting two targets and no rushing attempts. It’s clear that the team prefers Pacheco on obvious running downs and McKinnon in passing situations. With Juju Smith-Schuster possibly out for a couple of games, look for McKinnon to be more involved than ever before. FAAB: $60-70

The were rumblings that Warren was going to become the Steelers starter, but instead he and Najee Harris were used more like a one-two tandem. Warren has good hands out of the backfield and is gaining more confidence each week. I would pick him up and hold him as I have a feeling his value will increase exponentially shortly. FAAB: $100-125

There are so many injuries in the Ravens backfield that we can't overlook Drake. He may split opportunities with a bunch of other guys but he probably is the best all-around back that the team has right now. FAAB: $100-125

Williams was a dangerous threat back at Notre Dame and I know the Rams really liked him in training camp. He played sparingly in the game against Arizona but that may have been more due to Sean McVay wanting to bring him along slowly than anything else. FAAB: $220-240 (if you think his snaps increase like I do)

The Packers invested a second-round pick in last year’s draft on Watson in the hopes of giving Aaron Rodgers an outside target to replace Davante Adams. Watson has been dealing with injuries for most of the season but came into the Cowboys game healthy. Boom! Watson had three TDs and looked sensational. While I can’t guarantee multiple TDs every week, I think it’s safe to say that he has earned Rodgers’ trust and should see the field moving forward. FAAB: $250-280

Juju Smith-Schuster took a brutal hit by Jaguars Safety Andre Cisco and there is a reasonable chance he misses the next couple of games in concussion protocol. Toney is more explosive than any other receiver the Chiefs have and could be someone who leads you to the fantasy playoffs. FAAB:  $250-280

Collins was a darling of the high stakes community in August and September but up until this point he has been an enormous disappointment. However, in Week 10 he turned things around with a whopping ten targets which resulted in five receptions and a TD. I doubt he puts up those numbers every week, but it was good to see that he still has upside. FAAB: $30-40

I don't consider Slayton to be a special receiver but right now he is a starter for the Giants and someone who seems to have a pretty good connection with Daniel Jones. The Giants tend to take one or two big chances downfield almost every game and Slayton is usually the recipient of those targets. FAAB: $30-40

Jefferson has been underwhelming since his return from the IR, but with Cooper Kupp likely out for the next few weeks, Jefferson should slide into the WR2 role and get about five to six targets a game. FAAB: $180-200

The Titans are desperate for an impact receiver, and Burks has a very good chance to be that type of player down the stretch. He had a rough first game back against Denver but I think much of that can be attributed to being covered by Patrick Surtain who is one of the top cover CBs in the league. FAAB: $120-140

Johnson is frustrating in that he is inconsistent, but when he plays well, he tends to go off for a huge game. There might be a change at QB upcoming, so it will be interesting to see what happens to Johnson’s targets if that occurs, but I am more than willing to give him a shot based on talent alone. FAAB: $60-80

McBride was a surprise second round pick by Arizona who already had Zach Ertz on their roster. Now with Ertz likely absent for some time, look for McBride to get the lion’s share of the snaps and work his way into becoming a trusted target for Kyler Murray. McBride showed good range in college and has receiving chops and is a darling in dynasty circles. FAAB: $50-75

With Jelani Woods injured, look for Granson to be the preferred tight end target on a team that likes looking toward tight ends especially in the red zone. FAAB: $20-25

I really love the potential of Likely. He's a huge target who has excellent speed for a man of his size. With Rashod Bateman out I can see the Ravens running a two tight end set. In a position where it's hard to find impact players he might be one at this point of the season. FAAB: $75-85

It's hard to endorse Conklin wholeheartedly but he does flash every so often and he is on the field for most of the team snaps. If you are desperate for a tight end, he could be a good option. FAAB: $25-30