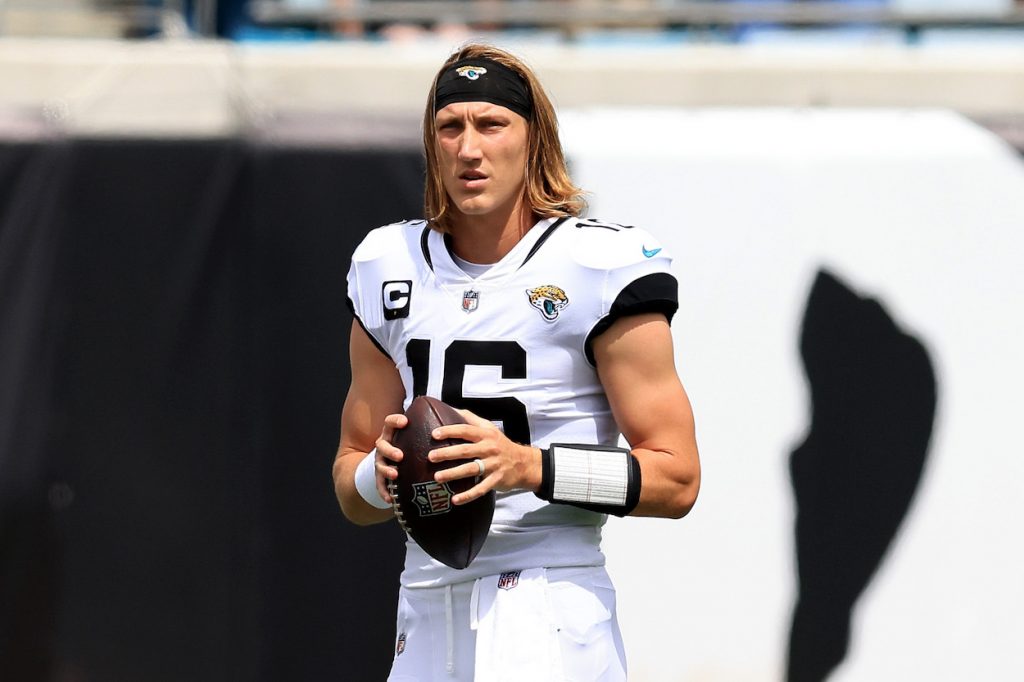 This week, the Jacksonville Jaguars are hosting the Houston Texans that have one of the worst defenses in the NFL. Houston is especially bad in defense against the running game, which should allow Travis Etienne to have a huge game on Sunday.

Along with a few players at the different positions, here are some great fantasy football streaming options for Week 5.

The Jaguars are playing at home against one of the worst defenses in the league. According to the NFL Defensive Rankings, the Houston Texans ranked dead last in ESPN’s latest Defensive Rankings Poll for Week 5. In addition, the Jags’ starting QB has been off to a great start this season. He’s completed 65.7% of his passes this season for 946 passing yards and eight touchdowns. Lawrence has the perfect conditions to have a huge game this weekend and he’s been playing very well.

Travis Ettienne Jr. will run over the Houston Texans on Sunday. Houston has the defense which allows the most FPTS (33 per game) to opposing RBs in the league heading into Week 5. This season, Etienne has already produced 144 rushing yards and 81 receiving yards. Especially because of his chemistry with Lawrence from Clemson (which is showing), he should have a very efficient game against the Texans who cannot stop the running game. Obviously, starting RB James Robinson is a must-start on all fronts. It is Etienne who is potentially hit or miss yet has the best conditions to have a big game on paper.

Stevenson is someone you typically stash on your bench unless Damien Harris is injured but the second-year running back has started the season strong. Now, he has a juicy matchup upcoming with a Detroit Lions defense that allows the second-most fantasy points to opposing running backs. Stevenson has been ballin out this season. He has 211 rushing yards, 57 receiving yards, and one touchdown for the Patriots in 2022. He’s coming off of a particular efficient game on Sunday where he had 14 carries for 66 yards and four catches for another 23 yards.

The Bengals are playing the Baltimore Ravens who have the worst defense against receivers at the moment. Baltimore has allowed an average of 50 FPTS per game against opposing offenses. Though he is the Bengals’ third option, he still has 202 receiving yards and two touchdowns this season. He had a huge game against the Jets in Week 3 where he took off for 105 receiving yards and one touchdown. He has a good chance of getting open and catching a few catches for some substantial yardage in Week 5.

Dallas’ second-best WR this season is Noah Brown. Through the first four weeks of the regular season, Brown has 18 catches for 274 receiving yards and one touchdown. The former seventh-rounder out of the 2017 NFL Draft is averaging 15.2 yards per catch and is showing no signs of slowing down. The Eagles have an average defense against opposing wideouts this season, but because is their second option and not Gallup, expect him to blow up against their division rivals this weekend.

The Atlanta Falcons allow the third most fantasy points to opposing tight ends in the NFL. As they take on the Buccaneers this Sunday, expect Bucs' TE Cameron Brate to put up some big numbers. This season, Brate has combined for 11 catches and 100 yards. However, he barely got any action in Weeks 1 and 2. Against the defense that allows the most fantasy production to opposing tight ends in football, Brate should have a season-high game in yardage. In addition, the fact that Tom Brady had his first great game of the season and Tampa Bay is currently facing a must-win situation (to not fall below .500). Brate is facing the perfect scenario for him to showcase his ability as a tight end and have big game for the Bucs.

The 1-3 Saints offense has not been good nor healthy overall this season. However, the reason they are losing games is not their defense. In fact, the Saints’ D has not been the reason why the team has lost. This team has a stacked defense, especially now that they added Tyrann Matthieu to their secondary. New Orleans is playing in the Superdome against the Seattle Seahawks who have been decent this year. Nonetheless, expect the Saints defense to have a big comeback game after conceding 28 points to the Vikings in London during Week 4.