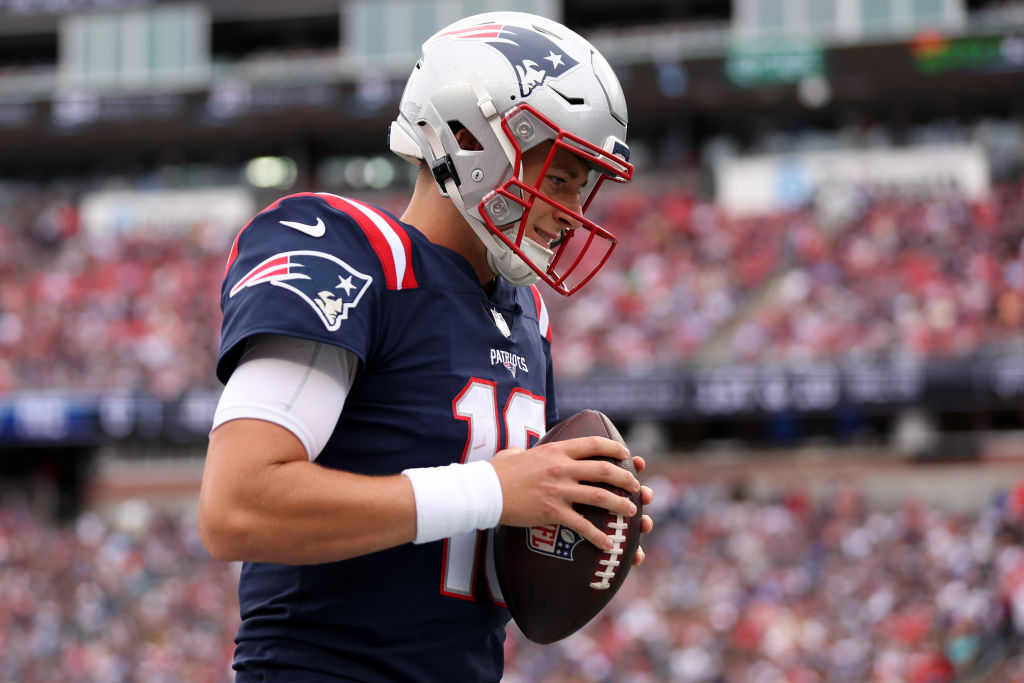 How will the New England Patriots skill players perform in the wake of quarterback Mac Jones’ injury?

According to Kevin Patra of NFL.com, Mac Jones sustained a high-ankle sprain on Sunday and could be out for the coming weeks. NFL Network’s Ian Rapoport reported today that Jones’ injury is pretty severe and causing the second-year quarterback a lot of pain.

Jones sustained the injury on the final play of Sunday’s loss to the Baltimore Ravens. Defensive end Calais Campbell fell on top of Jones’ ankle when going for a tackle.

If Jones does stay out for Week 4 and misses a few weeks, veteran Brian Hoyer will be the Patriots’ starting quarterback. While this would represent a significant downgrade at the position, Hoyer’s experience as a seasoned veteran could come in handy.

While DeVante Parker had a massive game on Sunday, he caught all his passes from Jones. If Jones misses the next few weeks, Parker’s production could be impacted by Hoyer’s promotion. Parker excels on deep routes and Hoyer simply doesn’t have the same arm strength or deep-ball accuracy that Jones does. If Jones is truly out for a few weeks, the Patriots’ mediocre offense could be in real trouble.

Since DeVante Parker is one of the hottest free-agent targets as a result of his 156-yard game on Sunday, fantasy owners might reconsider picking him up if Jones is out of the picture. Not only is the passing game going to take a step in the wrong direction, but opposing defenses can now stack the box in an attempt to limit New England’s rushing game featuring Damien Harris and Rhamondre Stevenson.

If you own any member of the New England Patriots outside of perhaps Hunter Henry, you need to think long and hard about slotting them into a starting roster spot heading into Week 4 of the fantasy football season.