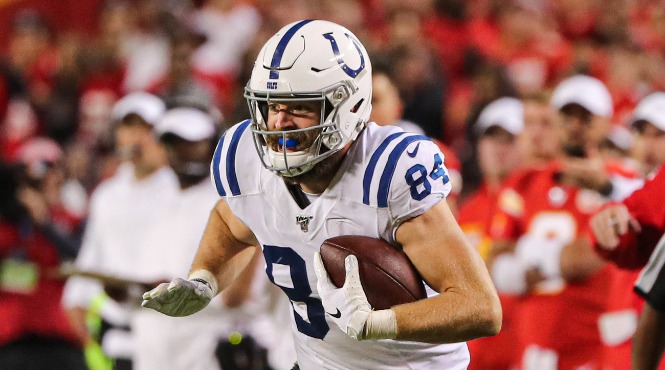 An interesting development occurred this week that appears to be swept under the mainstream noise rug. Eric Ebron who is in the last year of his contract basically opted to go on IR and have surgery ahead of time for his own personal health. If you read between the lines, Frank Reich doesn’t seem too happy with the personal decision that Ebron made and it’s pretty clear that Ebron will not be back next season with the Colts. With a near must win game coming up this week against the Titans who are playing very well again the Colts no doubt get an A+ game plan from head coach Frank Reich who is one of the better game planners in the league and needs to right the ship for his team. They should have success going to their next TE in Jack Doyle against a Titans D who is very good against the run but can be favorable to opposing good TEs. On a slate with plenty of TE options, it’s Doyle that has the interest for me this week and look for a statement game plan to give a big double bird salute to Eric Ebron on his way out with Sgt. Jack Doyle getting a TD.