If you missed out on a year-long fantasy league or maybe you are just trying to get your feet wet in the fantasy hockey game, daily fantasy is a new way to play. With free and paid entries you have the opportunity to win money daily. With all that being said, let’s get into Wednesday’s best daily fantasy plays. Be sure to subscribe to Fantasy SP, to have access to our Fantasy Assistant. Today we will be looking at the five best plays of the day. 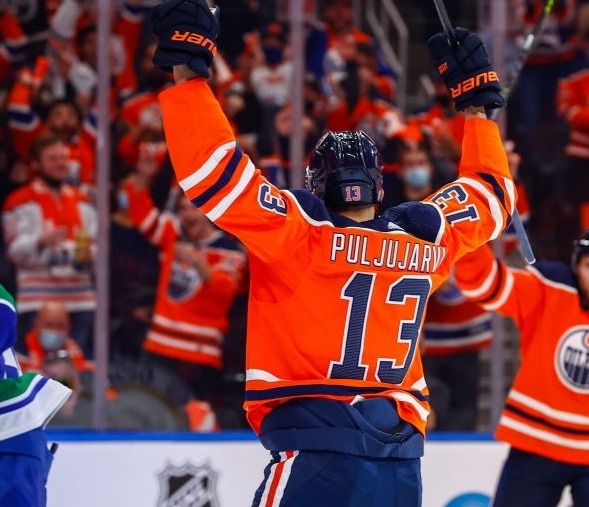 Spezza being a third-line center may turn some people off, but he is having one of the best years of anyone on the Leafs this year. At $2,900 on DraftKings and FanDuel, he is a great value play against a Chicago Blackhawks team rated 23rd defensively. Adding Spezza allows you to take a higher-priced center as well. Making it a win-win situation.

Jesse Puljujarvi is a great play today at a $5,900 price tag he has good value when the Oilers take on a Flyers team ranked 29th defensively. Puljuajrvi has been great to start the season and I expect Puljujarvi to have a great night skating alongside Connor McDavid and Zach Hyman. In tonight's game against the Flyers, I expect him to have a breakout performance as most of the focus defensively will be on McDavid.

Joel Farabee has been on an absolute tear this year as he has recorded six points in three games on the young season. The Flyers winger scored a powerplay goal his last time out against Boston and will look to continue the hot streak against the Edmonton Oilers. Farabee provides a great play at $4,100 because he has been producing at a better clip than players like Mitch Marner ($6,200) and Max Pacioretty ($6,800). The Oilers have also proven to have a leaky defense at times. Making this a great play for tonight.

Matt Grzelcyk provides DFS users a bargain play today when the Bruins take on the Florida Panthers. Playing alongside Charlie McAvoy on the Bruins’ top defensive unit, he tends to be on the ice with the Bruins offensive units, providing the opportunity for him to record multiple points. At the $3,700 price tag, he is a great bargain play if you are looking to load up on forwards or a high-end goalie.

Goalies come with a higher price tag, but at $7,700, Holtby provides a great value play. His recent starts have been a little shaky, but playing against a Vegas team on the second half of a back-to-back will provide a great opportunity for Holtby to have a great fantasy night.

We take you from draft season to championship week here at FantasySP. But if you are not a seasonal player, we have DFS content and betting tools that will help you make some serious cash! Plus, we have a huge announcement coming up in the near future about a brand new DFS tool for the site so make sure you keep your eyes peeled!

From analytics to projections, we can take you to the next level. Become a FantasySP member and subscribe to our Fantasy or Edge+ product! Our tools and content will help you DOMINATE your competition. Remember, the draft is just part of the process. Let us do the in-season work for you to get you to the postseason and eventually to the championship! Sign up today!