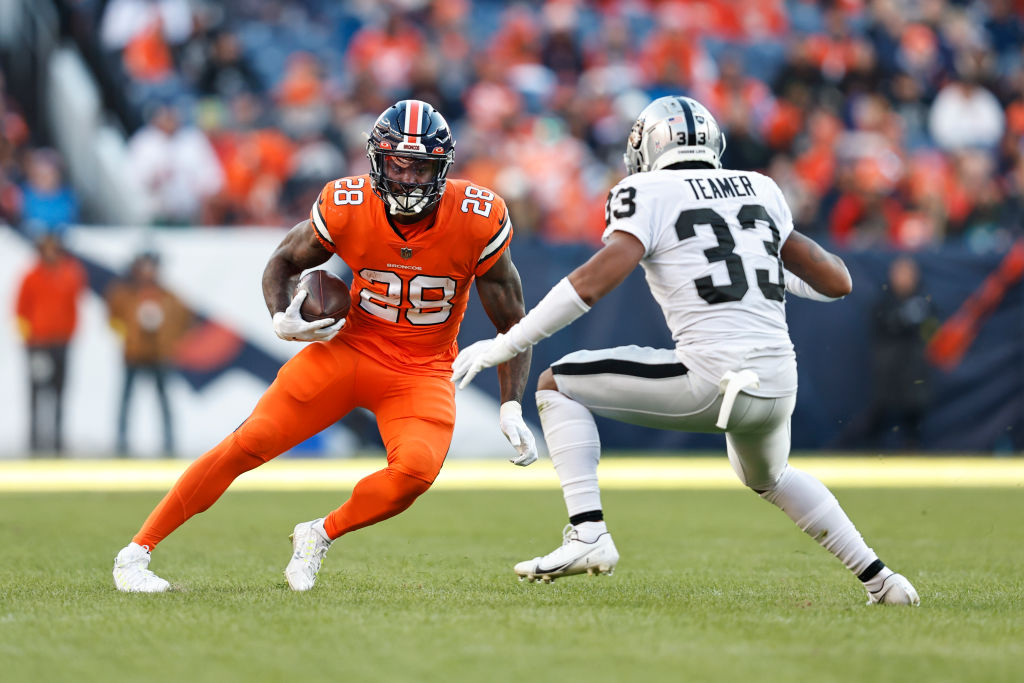 We’ve already covered quarterbacks for this week, so let’s dive into the Week 12 running back back start/sit decisions that are keeping us up at night.

I can’t say I expected to be recommending Latavius Murray halfway, but here we are. With Melvin Gordon cut and Chase Edmonds hurt, Murray is the only game in town for the Broncos (no, Marlon Mack doesn’t count). He’ll be facing a Panthers defense that can be run against and has a good chance at seeing 20-plus touches this week. I wouldn’t be shocked if Murray finishes the week as top-10 fantasy running back.

I’m honestly not sure how to read the Buccaneers rushing attack. I don’t think White has taken over lead back duties from Leonard Fournette, but there’s enough here (22 carries last week) to feel good about putting White in your fantasy lineup. White gets enough work in the passing game to co-exist with Fournette and also gets to play an awful Browns run defense this week. Fire him up!

Mostert is competing with Jeff Wilson for touches, but he’s still producing enough to warrant a fantasy start. It’s a little worrisome that he only has 17 total carries over his last two games, but he’s had a decent amount of passing work sprinkled in and he’s scored in both of those games. He also has a prime matchup against a bad Texans run defense this weekend and is worth a fantasy start.

Mitchell has outcarried Christian McCaffrey as the 49ers have found other ways to use (and preserve) their new weapon, but that doesn’t mean he’s an automatic fantasy start. Mitchell only saw nine carries last week and has a tough matchup against the Saints this week. He doesn’t do anything in the passing game and you’re really rolling the dice on a touchdown if you start him. Can that work? Sure. Is that a smart decision? Nope.

Ron Rivera and the Commanders seem to really like Robinson, but his efficiency has been horrible thus far this season. He’s averaging just 3.4 yards per attempt and doesn’t do anything in the passing game. While you can start him and hope for a touchdown, that’s not a risk I want to take at this point. Robinson can safely sit on your bench unless you have no other choice.

Robinson’s trade to the Jets was promising, but the wheels have fallen off, unfortunately. While he has one touchdown with his new team, he’s seen just 20 total carries in his last two games and is splitting carries with Michael Carter (and Tyler Johnson). I wouldn’t outright drop Robinson, but he’s too risky to start right now.