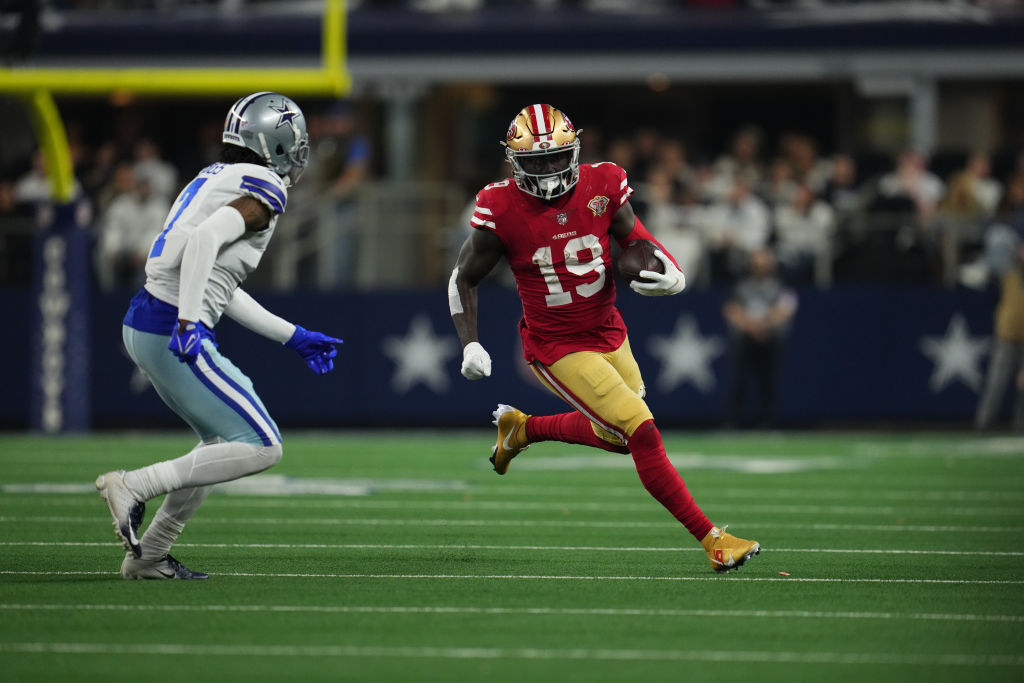 Initially, Deebo Samuel requested a trade out of the 49ers’ organization when the 2021 season ended. Now, the 49ers and the star wideout have come to terms on a massive deal which will keep him with the team for at least the next three years.

This comes after receivers Cooper Kupp and Tyreek Hill signed multi-million dollar deals and TE Travis Kelce’s contract was restructured for him to earn a $3 million raise for the 2022 season.

The main reason Samuel requested a trade after the season was because of how much he was used in the offense but how little he was getting paid. Deebo Samuel had originally signed a four-year, $7.2 million entry-level contract when he was drafted. This is why Deebo only earned $1.2 million in 2021 despite his breakout performance.

Last season, Deebo Samuel produced 1,405 receiving yards and six touchdowns. He additionally rushed for another 365 yards and eight more touchdowns, meaning that he had more touchdowns as a running back than as a receiver in 2021. Deebo had one of the best offensive seasons of any player last season earning himself first-team All-Pro honors. He deserves to be paid substantially. Originally, he wanted a trade because he was worried that he and the 49ers couldn’t come to a deal.

Now, Samuel will be paid up to $23.5 million in 2022 making him the seventh-highest paid receiver heading into this season. Samuel’s contract also offers him $58.1 million in guarantees over three years.

Clearly, the 49ers met Samuel’s terms and the wideout will be returning for another season alongside Brandon Ayiuk. The difference in 2021 will be QB Trey Lance leading the charge. This could lead to an even better 2022 forecast for Samuel as Lance is probably an upgrade over Jimmy Garoppolo at the quarterback position. However, fantasy owners must be a little wary of the situation considering Samuel may not be utilized in the same way he was when Jimmy G was under center. Still, Samuel will easily finish the 2022 fantasy football season as a top-10 wide receiver. He even has top-five upside considering his rushing abilities.

Will you be drafting Deebo Samuel this upcoming fantasy football season now that he’s sticking with the San Francisco 49ers?