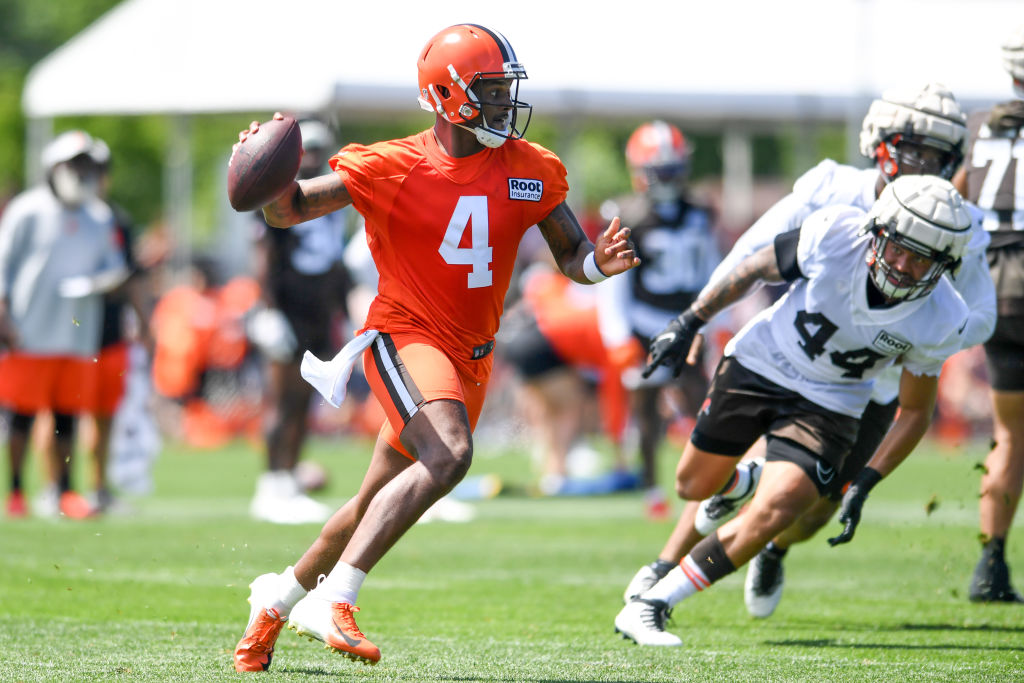 Deshaun Watson has been suspended for the first six games of the 2022 NFL season. Disciplinary officer Sue L. Robinson made the ruling, which many are considering to be way too light of a punishment.

25 different women filed lawsuits against Watson for sexual misconduct or assault, 23 of which the QB was able to settle privately with the victims. Watson hired these women for massage therapy and then engaged in sexually inappropriate behavior to the extent of harassment and assault. Although he’s done this repeatedly and to a few dozen different women, Watson will be available to play beginning in Week 7.

While the city of Cleveland and the Browns are smiling this morning, this light punishment sets a weak precedent for how inappropriate sexual behavior and conduct should be dealt with.

Since Watson will miss the first six weeks of the 2022 regular season, the Browns will need to fill in for him at the position. QBs Jacoby Brissett, Josh Rosen, and Josh Dobbs are the three QBs who will be competing at the Browns' training camps for the starting job when the season begins. Jacoby Brissett is likely the best option at least heading into this season. In 2019, Brissett threw for 2,942 yards and 18 touchdowns in 15 games played for the Colts.

Ultimately, the most important aspect of the story is how the NFL is addressing what Watson did. Judge Sue L. Robinson is ultimately an employee of the NFL and not a judge in an American court. The NFL is a $7 billion a year enterprise that thrives off the popularity of its star players. Deshaun Watson falls into that category. When he plays, the NFL sells tickets and jerseys. When he doesn’t the NFL loses money. Once again, the NFL has fallen short of the standard it should set in regard to disciplining its players for inappropriate conduct off the field.

Just consider that Atlanta Falcons WR Calvin Ridley was suspended for an entire season because he placed a bet in excess of $1,000. Deshaun Watson has been accused of sexually harassing or assualting up to 25 different women and won’t even miss half of this upcoming season. The disparities in the way the NFL makes its disciplinary decisions are shocking and reveal the extent to which they focus on guaranteeing profit at the cost of disregarding serious misconduct from some of its star players.