Fantasy 101: What Is Fantasy Football?

Fantasy Football is a game that allows YOU to be the owner, general manager, and coach of a team featuring NFL players! Owners earn points based on the statistical performances of their players in actual NFL games. For example, if Kyler Murray is the starting quarterback on your fantasy team and he throws a touchdown pass, you earn points (usually four but in some leagues six). Or if you have Calvin Ridley on your team and he catches a 28-yard touchdown pass, you would earn six points for the touchdown, one point for the reception (if you play in a PPR league), and 2.8 points for the yardage.

In order to decide which NFL players are on your team, you participate in either a draft or an auction. Production on the field earns owners their fantasy points. In most leagues, you go head-to-head against another team in your league each week; the team with the most points wins the game. At the end of the season, the teams atop the standings play against each other in the playoffs to determine a champion! 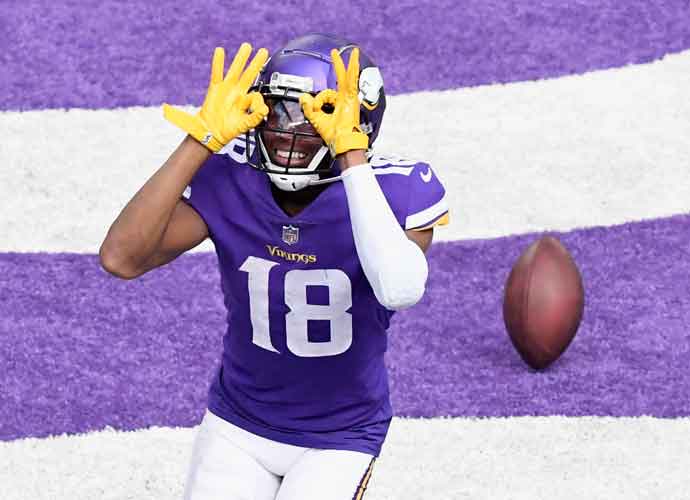 Redraft – This is the most common type of league. Every year, you draft a new team.

Keeper – Each owner keeps a certain number of players from his or her previous year’s roster. There are various rule settings in keeper leagues. In some Keeper leagues, you may be permitted to keep ANY three players on your roster. Prior to the draft, each owner would select up to three players to keep. The rest of the players would be sent back into the player pool and would be eligible to be selected in the draft. Another common Keeper format is that you can keep a player one round earlier than you drafted the player the previous season. So let’s say you drafted Justin Jefferson in Round 10 in 2020. In 2021, you could forfeit your ninth-round pick to keep Jefferson.

Dynasty – Instead of keeping just a few players for the upcoming season, you keep your entire team. In a Dynasty league, younger players have more value because they have the potential to play many more years than veteran players. Even though Tom Brady is clearly better than Mac Jones in 2021, Jones is more valuable in a Dynasty league due to his upside for the many years to come whereas Brady may only have one or two seasons left in the tank.

Head-to-Head – Two owners play against each other every week. The team with the highest score gets the victory. The most common leagues have 12 teams, however, some leagues are smaller and some leagues are bigger. In a head-to-head league, the last three weeks of the NFL regular season (outside of Week 18 since starters usually rest the final week of the season) are deemed the playoffs.

Rotisserie (Roto) – Roto leagues are much more common in baseball and basketball, but they do exist in football; they just are incredibly rare. Roto leagues utilize a set of statistical categories that teams will use as a scoring system. For example, touchdown passes may be one of the many categories. If there are 10 teams in a league, the team that leads the league in touchdown passes would score 10 points. The team with the second-most touchdown passes would score 9 points and so on. Every statistical category produces several points which are then added up to produce a total score. The team with the most points at the end of the season is the champion. This scoring system is very rarely used in fantasy football.

Points Only – Instead of playing a different team every week, your squad’s overall point total is all that matters. The team with the most points at the end of the season is the champion. This scoring system is rare, however, it has become a bit more popular since the rise of Daily Fantasy Sports.

Standard (snake or serpentine) – There are multiple rounds in each draft. A drafting order is pre-determined or randomly selected and then each team takes turns picking players for his or her roster. If there are 12 teams in your league, the team picking last in the first round would have the first pick in the second round (1 to 12, 12 to 1, 1 to 12, etc).

Third-Round Reversal – Some leagues like to give the teams that are drafting late an advantage since having the first or second pick is often an advantage. So just like in a snake draft, the first round goes from Team 1 to Team 12. The second round then goes from Team 12 to Team 1. However, unlike in a normal snake draft, the third round goes back to Team 12 (1 to 12, 12 to 1, 12 to 1). Then the snake draft continues as normal.

Auction – Instead of drafting in a set order, each team starts with the same amount of “money” to bid on players. Owners take turns announcing a player to be auctioned. Any owner can bid at any time as long as they have enough money to pay the winning bid.

Scoring varies from league to league but there are a few common denominators across the board. Below are the most popular formats.

IDP – As mentioned above, some leagues require fantasy managers to the roster and start individual defensive players. The points awarded vary significantly from league to league but below is the standard scoring in IDP leagues:

Bonus points – Many leagues add a certain number of bonus points for milestones reached. For example, if your quarterback throws for more than 300 yards, he gets an extra 3 points. This further rewards and incentivizes what should be considered a “good” game.

2-QB – Some leagues use two starting quarterbacks instead of one.

IDP – As described above, some leagues allow owners to roster individual defensive players instead of a team defense. These players add fantasy points to your team with tackles, sacks, turnovers, touchdowns, and other statistical achievements. This is considered a more advanced league type as it adds a new layer of complexity and increases the available player pool.

Waiver Wire – If a player is performing poorly or is injured, you can drop him and add a player from the free agency pool. In many leagues, the player you dropped cannot be added by another owner until he clears waivers, which usually takes 2-3 days. This is to prevent owners from adding a player simply because they were the first ones to see the transaction. The grace period allows all owners to have a shot at acquiring a newly available player without having to check league transactions all day, every day. Owners can then put a claim in for a player on waivers. If multiple owners put a claim in for the same player, the owner with the highest waiver priority will get him.

FAAB (Free Agent Acquisition Budget) – Advanced and high-stakes leagues utilize free-agent acquisition budgets. At the beginning of the season, each owner starts with the same budget to spend on free agents (usually $1,000 or $100). Either once or twice a week, waivers will be claimed based on which owner bid the most on a player. The key, however, is that fantasy managers do not know how much other managers are bidding on a player. It’s basically a blind auction. For example, let’s say that you drafted last season before Leonard Fournette was waived by the Jaguars. Now you’ve got your eye on James Robinson, who is still on the waiver wire. You have to decide how much of your allotted budget you are willing to spend to get Robinson. And remember, you must drop a player if you are adding someone. Maybe you were willing to spend $250 of your $1,000 because you had a great feeling about J-Rob. If waivers run on Wednesday morning and your $250 was the largest bid of any owner, Robinson would be added to your roster. FAAB is the way of the future in fantasy leagues. It requires skill and takes some of the luck out of the game.

Free Agency – Instead of waivers, adding and dropping is simply first-come, first-served. Once a player is dropped, anyone can add him at any time. This waiver wire format is usually used in novice leagues.

Some leagues use a combination of these waiver wire formats. In some leagues, there is FAAB bidding until Wednesday, when players are awarded to the highest bidders. Then for the rest of the week until game day, it might be first come, first served. Commissioners can set up the league however they may choose.

I hope this helps. Make sure you use FantasySP as a guide to season-long domination!