Week 14 NFL DFS: Get This Value RB Trio On Your Radar 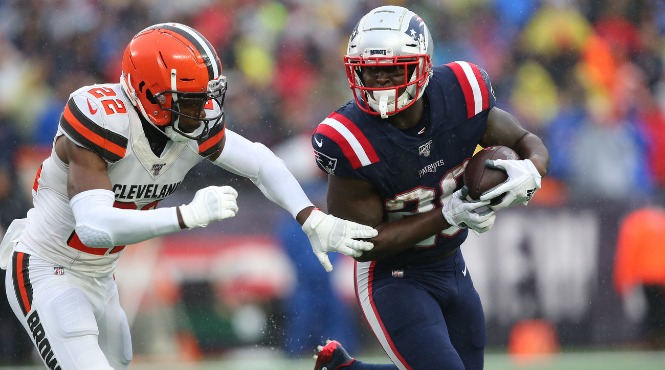 I don’t think we have had a week like this one where there are legit so many running backs in good situations, but so many of them have a “yeah but” type scenario associated with them whether it's an injury, playing time share or their price tag making it hard to justify them being a DFS must-have.

Normally I know who I really like early in the week on Monday or Tuesday and while I had a list of guys I liked, none of them stand out above the others except for a few guys who are a fairly decent value this week who I strongly feel are going to get into that 12-16 point range. So as I compared these value guys below to the studs like CMC, Gordon, Fournette, Cook, Henry, Chubb, Jones, Ingram, Kamara, etc, I found that all of those guys had “yeah but” scenarios associated with them where I honestly feel they’re gonna also end up in that 12-16 spot. So why, if all things are equal would we spend 7500 to 9100 (excluding CMC from this argument) for guys who are probably getting 15-18 points when I can get 14-16 points from guys who are 1k to 3k cheaper?

It’s going to be hard to find those $5K WR or less this week in my mind (On FanDuel) that really dominate for your lineup and with some big name guys in big games where their teams have to lean on them in the passing spot, I’d trust that over taking a flier on hoping that Andy Dalton throws 3 TD to some cheap WR in a spot where he just has no shot of doing such a thing.

So without rambling along any further, here are the value running backs who I have getting into that 15+ point range on FanDuel this week along with a full breakdown on the RB position below.

Sony Michel (FanDuel: $6,600): I really hope there’s someone doing a projection model based upon snap shares with the Patriots running backs. That would be hilarious because they’re long known for going heavy with the back who fits the matchup week-to-week. Last week against Houston, it was James White, which is why he was a chalk play on the showdown slate because that was pretty obvious! Now facing the Kansas City Chiefs, you put White aside and turn to Michel, the former Georgia Bulldogs RB, to get the ball 20-plus times at home in a slow the pace down spot vs. a pretty soft rush defense.

GET THE OTHER TWO VALUE RBs IN THE TRIO! ($)