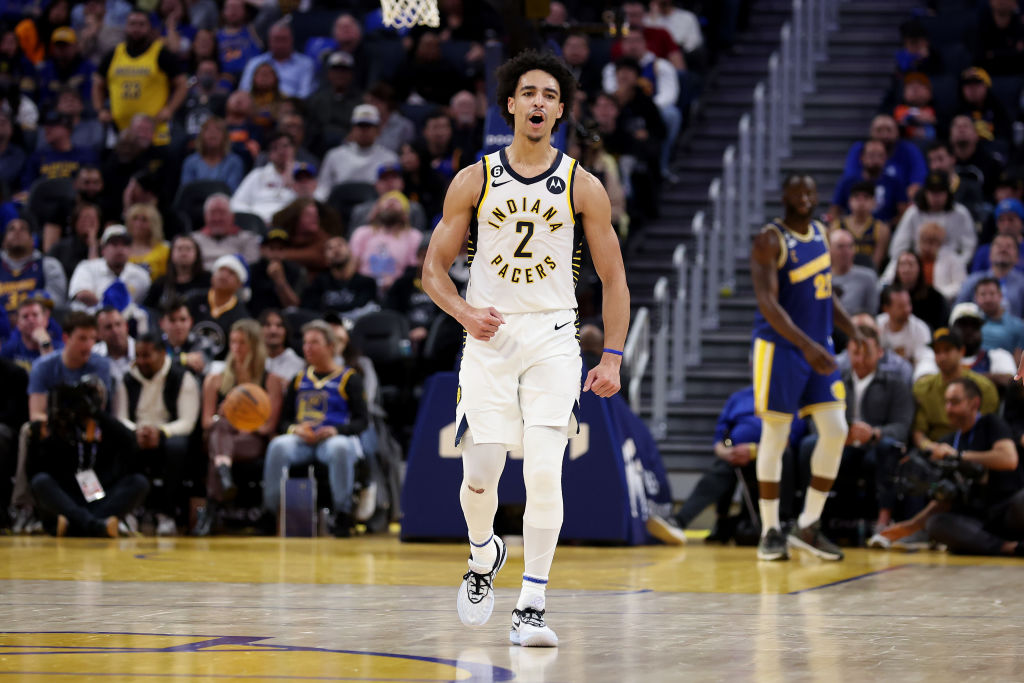 Heading into Week 9 (Dec. 12 - Dec. 18) of the 2022-23 fantasy basketball season, there are multiple options to consider adding off the waiver wire. Without a doubt, Pacers’ guard Andrew Nembhard is the most valuable waiver-wire target at the moment. He had a 31-point, 13-assist double-double against the Warriors last night but was red-hot leading up to that game. He will quickly become unavailable from waivers, especially after his outstanding performance in which he basically went up one-on-one against Stephen Curry.

Injuries to the Wizards and Hawks make PF Jalen Johnson and C Daniel Gafford prime waiver-wire targets. Likewise, C Nick Richards has had four double-doubles in his last ten games and is averaging almost 10 points and seven rebounds per game despite averaging just 19.3 minutes per contest off the bench for the Charlotte Hornets in a backup role for Mason Plumlee.

Let’s dive in on the best fantasy basketball waiver-wire pickups as your prepare for Week 9.

At the moment, guards T.J. McConnell, Tyrese Haliburton, and Chris Duarte are either out or questionable this week. This has allowed the rookie to put up big numbers and potentially earn more minutes off the bench even when the Pacers’ guards are active again. Nembhard will likely be virtually unavailable from fantasy basketball waiver-wires within the next two or three days so hurry up while supplies last.

With SF Nassir Little out until at least mid-January, Justise Winslow’s role for the Blazers will likely continue to grow. While he won’t put up big scoring numbers every night, he produces enough rebounds and assists in games where he scores few points to still preserve his fantasy value. Winslow hasn’t shot well over the last few games but his role as a small forward seeing approximately 30+ minutes per night should be guaranteed until Nas Little comes at some point in January.

C Precious Achiuwa is expected to remain sidelined for at least another two weeks. While Boucher is a power forward, he can easily pivot to center and provide some relief for the Raptors while Achiuwa remains sidelined. Before the last four games in which Boucher got just five or six points in each, he scored in double-figures for six consecutive games between Nov. 11 and Nov. 26. In fact, Boucher had three consecutive double-doubles before the mini-slump he currently finds himself in. Despite his rough production over the last few games (which have brought his season-long averages down), Boucher has been impressive this season. He is averaging 23.3 minutes off the bench and producing 11.4 points, 6.1 rebounds, and nearly one block and one steal per game.

Jalen Johnson is seeing substantial minutes now that John Collins is set to miss approximately two weeks after suffering a left ankle sprain last week. The Hawks drafted Johnson with the No. 20 overall selection in the 2021 NBA Draft out of Duke. Though he’s averaged just 14.2 minutes this season, he started for the Hawks on Friday night. He played 33 minutes to produce a 10-point, 10-rebound double-double which he complimented with four assists and one block. While Collins remains out of the lineup, it’s looking like Jalen Johnson will be starting at power forward for Atlanta.

Over his last two games, Gafford produced one double-double and one near double-double despite playing 24 minutes or less in each. The Wizards are currently without Rui Hachimura and now Bradley Beal which could push Washington to give more minutes to Gafford and potentially pivot to lineup with more size for the time being. Even if Gafford’s minutes do not increase, his last two games, particularly his last against the Lakers where had 19 points (9-10 FG), seven rebounds, one assist, and two blocks in just 21 minutes, should motivate fantasy owners in need of a big man to go after the former Arkansas center. At the moment, he is available as a free agent from waivers in more than 70% of all fantasy basketball leagues.

Similarly to Daniel Gafford, former Kentucky big Nick Richards is posting near double-doubles and even double-doubles despite playing less than 20 minutes off the bench in most games for the Hornets this season. In 2022, Richards is producing 9.6 points (62.0 FG%), 6.8 rebounds, and almost one block per game despite averaging just 19.3 minutes per contest. Richards has recorded four double-doubles in his last ten games. At the moment he is available in approximately 80% of fantasy basketball leagues.