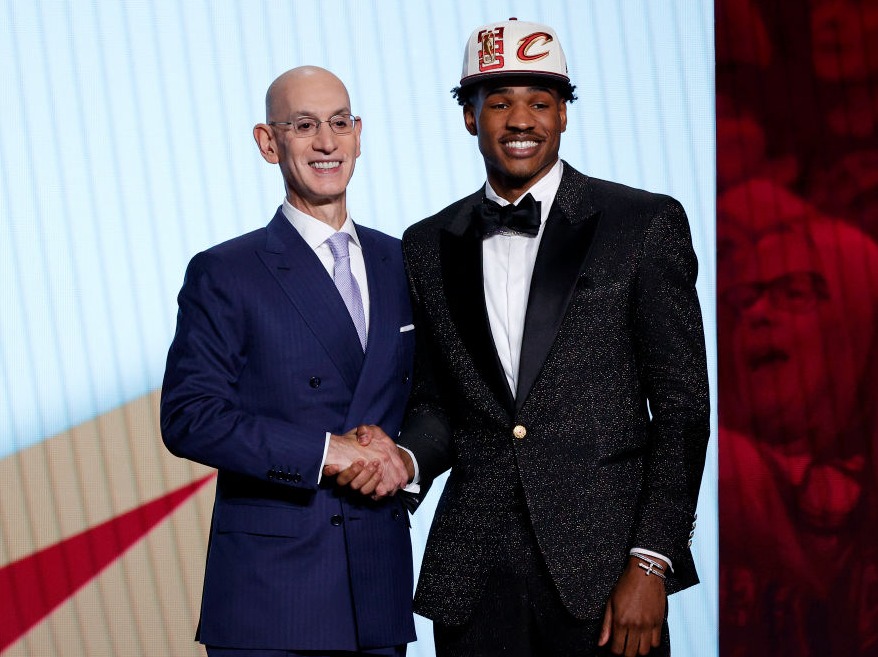 Now that the 2022 NBA Draft is over, some selections are more noteworthy than others. For instance, the Houston Rockets lost out on Paolo Banchero who ended up being selected first overall in this year’s draft. Still, the Rockets made notable selections like the Pistons and Cavaliers that are worthy of keeping an eye out on. Let’s take a look at a few selections from the first round of this year’s NBA Draft that are worth taking a look at.

Notable Selections in the 2022 NBA Draft

Though it was unclear who would be taken with the first overall selection in the 2022 NBA Draft, the Magic opted to select the 6’10’’ 250lbs PF out of Duke University: Paolo Banchero. While it was clear from the beginning that Orlando was going to select a power forward, many believed that the Magic would select Jabari Smith Jr. with the first overall pick. However, at 6’10’’ but 30 lbs lighter than Banchero, Smith might take longer to develop into an NBA big than the Duke Product, which largely helps to explain Orlando’s logic selecting him first overall.

Jabari Smith fell third overall to the Houston Rockets, who are also lacking size in their roster. In selecting Smith Jr. the Rockets continue to build the future of their roster through young talented players they select in the drafts. Smith Jr. will likely develop into an absolute stud, though his wieght and height are likely the reason why the Magic opted to move forward with Banchero and let Smith Jr. drop third overall to the Rockets in the 2022 NBA Draft.

Heading into the 2022 NBA Draft, Jaden Ivey quickly became the most attractive point guard coming out of the incoming rookie class. The New York Knicks were considering trading their picks and multiple assets including Evan Fournier to acquire a higher draft selection and attempt to select Ivey to be the team’s ball-handler of the future. The Pistons drafted PG Killian Hayes with the seventh overall selection in the 2020 NBA Draft. However, he only averaged 6.9 points and 4.2 assists per contest this past season. Last year, the Pistons selected SG Cade Cunningham with the first overall selection in the draft. In his first season, he averaged 17.4 PPG on 41.6% shooting from the field along with 5.6 assists and 1.2 steals per contest. Since Hayes hasn’t panned out so far for the Pistons, the team used their selection to pick Ivey, who will likely help open up the floor for Cunningham in his second year. Meanwhile, Hayes’ role on the team might be shifted to open it up for Ivey who is coming off of a spectacular season at Purdue. In 36 games played for the Boilermakers in 2021-22, Jaden Ivey produced 17.3 PPG shooting converting an impressive 46% of his shots taken from the field.

With the 14th overall selection in this year’s draft, the Cavaliers selected SG Ochai Agbaji out of Kansas. The 6’5’’ 215 lbs wing broke out in his senior season this year for the Jayhawks, where he averaged 18.8 PPG on 47.5% shooting from the field. He also converted more than 40% (40.7 3PT%) last season. With only 4.2 rebounds and 1.6 assists per game last season for 35.1 minutes per contest, Agbaji is a cold-blooded scorer who could fit in very nicely with Evan Mobley downlow and Darius Garland serving as the team’s main ball-handler. Cleveland did a great job in this draft, adding depth to their core of shooters ahead of next season.

Though Jake LaRavia was initially expected to be a mid-second round pick at most, NBA insiders reported within a day of the draft that various team owners and GMs considered him to be a definite first-rounder in this year’s draft. With the 19th overall selection in the 2022 NBA Draft, the Timberwolves selected LaRavia before trading him to the Memphis Grizzlies.

With 14.6 PPG converting 56% of his shots from the field for the Wake Forest Demon Deacons last season, LaRavia is as valuable on offense as he might be in the paint. He also averaged 6.6 rebounds and one block per game last season, demonstrating his versatility as a PF competing in the highly competitive Atlantic Coastal Conference.

Also at 6’10’’ Serbian star Nikola Jovic was selected with the 27th overall selection in this years’ draft. Among forwards at the moment, Miami’s has limited depth at the position at the moment. While they do have size with Bam Adebayo and Dewayne Dedmon down low and Jimmy Butler or Tyler Herro as scoring wings, Miami lacks a reliable forward with size who can shoot and drive the ball. In Nikola Jokic, the Heat may have helped fill a position in their lineup which could be the missing ingredient they need to make it back deep into the NBA playoffs next season.

The Rockets selected yet another guard in this draft adding to Jalen Green and Collin Sexton Jr. who highlight the team’s young core of talented guards. Washington Jr. was selected with the 29th pick in this year's draft by the Memphis Grizzlies and was traded to the Houston Rockets on draft night. In his only season with the Kentucky Wildcats last year, Washington Jr. averaged 12.5 PPG on 45.1% shooting from the field along with 3.9 assists and 1.3 steals per contest. While he didn’t have the biggest numbers of all players in the draft, TyTy did just enough in his freshman year for Kentucky to prove his efficiency on the floor. He joins the core of young players with whom the Rockets hope to build the future of their franchise in the coming years.