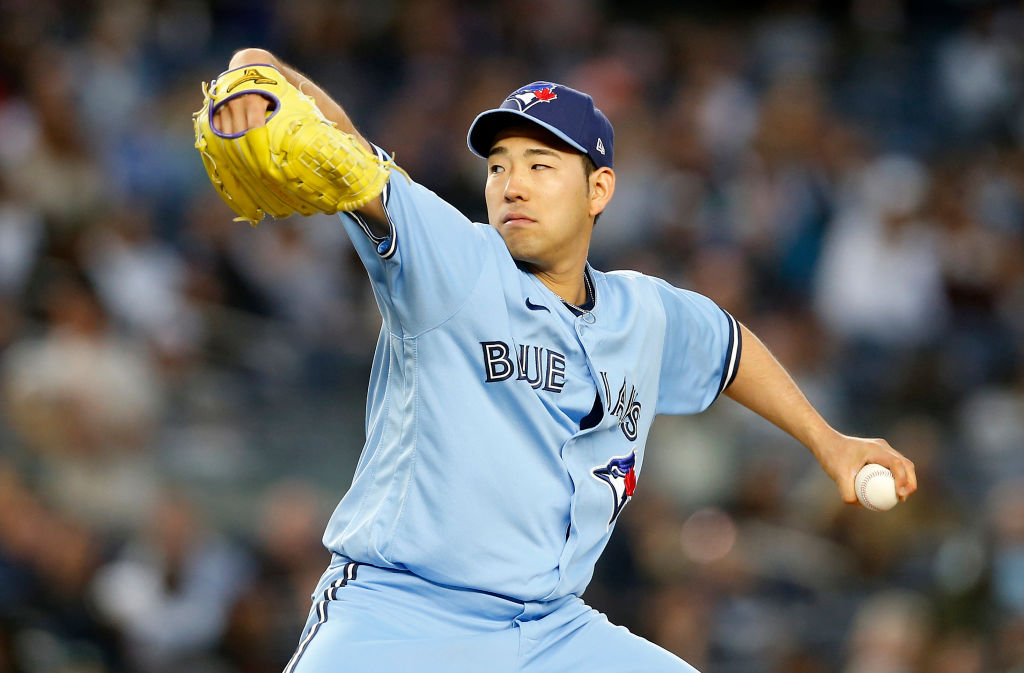 As options begin to run thinner and thinner in the field, there are several pitchers out there waiting to be picked up. With the fantasy season in full swing, we'll take a look at some players who you should consider grabbing for your roster, including Toronto Blue Jays hurler Yusei Kikuchi.

Kikuchi was already one of the most picked up this week before going out last night and pitching a sterling six-inning performance allowing just one hit and striking out six. Since April 29th Kikuchi has dropped his ERA from 5.52 down to a very respectable 3.38 for the season. His control issues are the only thing holding him back from really becoming a big asset to his team and fantasy teams. Batters facing him are batting just .184 on the season collecting only 21 hits over his seven starts. Unfortunately, he has walked 20 batters to date this season as well. If you’re in a battle in K/BB ratio, this is the one area where Kikuchi can become a liability. Otherwise, he’s a solid starter to add into your rotation as he’s heating up over his last three starts allowing just three earned runs over 17.1 innings during that span.

Rogers is a solid pickup at the middle infield positions as he’s on a tear at the plate lately. Over his last four games, he's gone 8 of 20 with three doubles, a home run, six runs driven in, and scored five times. He’s been extremely consistent during May hitting safely in ten of twelve games. Seven of those ten games were multi-hit games and he’s thrown in three separate four RBI games during that time as well.

Logue has entered the Oakland Athletics starting lineup and has done a quality job ever since stepping into the rotation on May 6. He had his worst start of the season last night and he still did a respectable job allowing 2 earned runs over 4.1 innings. In his other two starts, he allowed two earned runs over 12 innings pitched, picking up a quality start, a win, and 11 Ks to just two walks. Logue has looked comfortable in the majors thus far pitching to a 2.04 ERA over the first 17.2 innings of his career. He’s definitely a good player to target who could break out that isn’t highly owned.

Since coming off of an injury, Gonzalez has been nothing but steady in all categories, yet he’s still owned in less than 10% of leagues. Gonzalez is slashing .349/.397/.492 through 63 at-bats this season. He’s played in 22 games and registered an RBI in 11 of those games (15 total) which is quite an impressive stat. Perhaps even more impressive, in games in which he’s had at least three at-bats, Gonzalez has had hit safely in 16 out of 17 games. He’s only gone hitless in only three games all season. He lacks some power, but Gonzalez can get on base and drive in runs for you.

After being shelved with side soreness for a month, Jansen returned to the Blue Jays lineup this weekend hitting a home run in his return. He smashed two home runs in his first three games of the season before heading to the injury list. He’s a decent power option at the catcher position as he hit 11 home runs last season in 70 games played. He has a career batting average of just .216 but is hitting .429 in his limited action thus far this season. I wouldn’t count on him being a high average guy, but he should be able to stay above his career average while adding some power to your lineup.