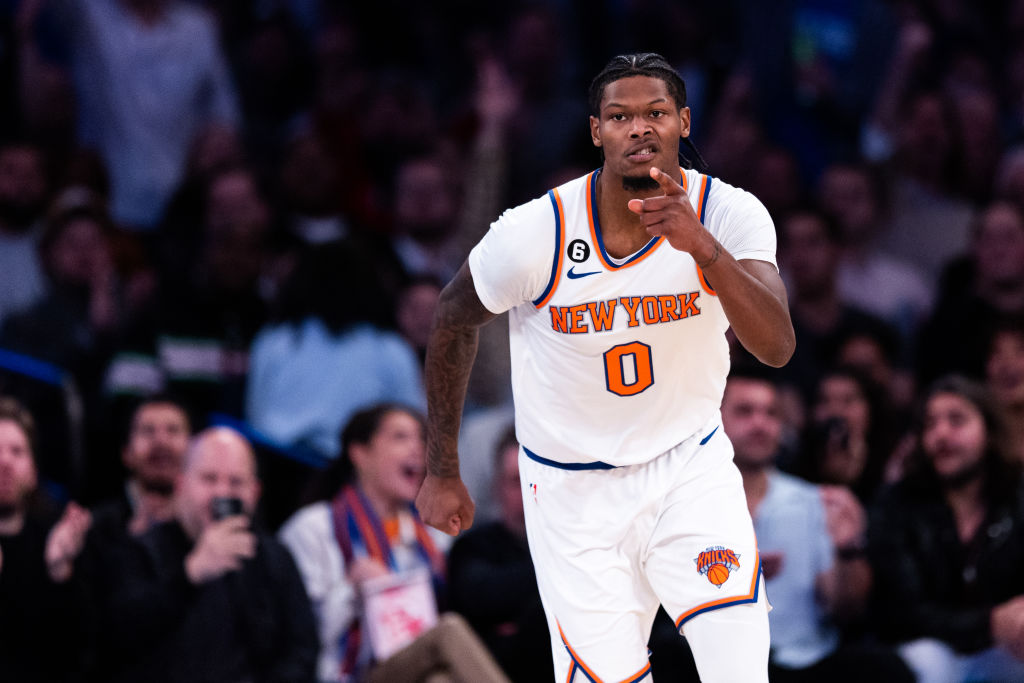 The 2022-23 fantasy basketball season is now in full swing, and its time for owners to start considering which free agents to target. Guards Derrick White and Lonnie Walker stand out as two players who have been efficient coming off of the bench for their respective teams.

Elsewhere, SF Cam Reddish has produced very efficiently off of the bench and is putting everything out on the floor with the minutes he’s been given so far this season.

Through the first four games of the regular season, Derrick White has averaged 27.8 minutes per game for 11.0 points (45.5 FG%), 3.8 rebounds, and 3.2 assists. On Saturday, the Celtics guard erupted for 27 points on 10-of-17 shooting from the field. While the Celtics’ have depth at guard and White generally comes off the bench for Boston, he’s producing very efficiently. At the moment, he is available in approximately 35% of fantasy basketball leagues.

The Lakers added shooting guard Lonnie Walker this offseason, providing the team with another wing who can score. Though he only scored five points (2-7 FG) in his first game for the Lakers (against the Warriors), Walker had 26 points on October 20 against the Clippers and 15 points against Portland Monday night. He’s averaged 32.7 minutes per game this season. Over the last two games, Walker has seen a combined 34 field goal attempts which demonstrates how much the Lakers are relying on him to catch and shoot. While he is struggling from deep so far, Walker’s ability to shoot the mid-range jump shot and drive to the basket make him a valuable and versatile wing for the Lakers. He is a bright spot on a team that looks to be in complete disarray through the first week of the 2022-23 NBA season.

This season, Cam Reddish has been highly efficient coming off of the bench for the Knicks. Reddish has put it all on the floor for every minute he’s been given. Though he’s averaged just 20.3 minutes per game through the Knicks first three contests of the season, he’s averaged 11.7 points converting an impressive 55.6% of his shots from the field. In the Knicks’ season opener, Reddish erupted for 22 points (9-15 FG), five rebounds, three steals, and one block. Fantasy owners may be hesitant to pick him up because he’s only averaging approximately 20 minutes per game. As a Knicks fan, I would be surprised if Tom Thibedeau didn’t give him more minutes off of the bench moving forward this season. He should be playing 25+ minutes per game off of the bench. He truly could become a sixth man for New York if the coaching staff gives him a shot and ups his minutes because of how well he’s played to start the season. Right now, Reddish is available as a free agent in more than 75% of leagues.

There could be some value in San Antonio’s young power forward Jeremy Sochan moving forward this season. The ninth overall pick in the 2022 NBA Draft has played 20.5 minutes per game this season and had rough offensive performances in his first three starts. However, Sochan produced 14 points (7-9 FG), four rebounds, one assist and one steal on Monday night against the Minnesota Timberwolves. He is an interesting player who could finally breaking into his own after getting a few NBA games under his belt.

In Charlotte, Nick Richards is doing more with his minutes at center than Mason Plumlee. In 2022, Richards is averaging the same amount of minutes as Plumlee but is scoring 15 points per game on 69.2% shooting from the field and nine rebounds per game. That’s pretty impressive considering Richards was a second round pick for the Hornets in 2020 who’s seen very little action since he got in the NBA. People are rushing to pick him up after a 19-point 10-rebound double-double in the Hornets’ season opener and went 9-of-9 on Sunday for 20 points and 11 rebounds in just 20 minutes of action against the Hawks. He should be on everyone’s radar right now especially if you are a fantasy owner looking for a big to add to their bench early on.