While nailing your fantasy draft can lead to a great start to the year, you will not win your league’s championship without staying active throughout the season. Even if you are undefeated and on your way to a first-round bye in the playoffs, you never know when a suspension or injury could decimate your roster. 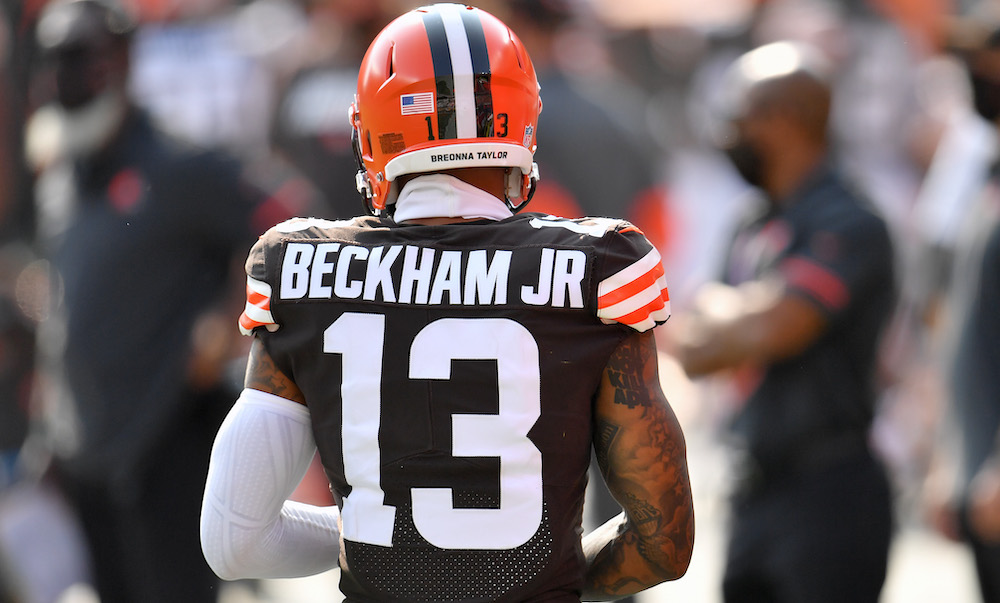 Every single year, there are numerous players who far exceed expectations. Some of these players even carry Fantasy owners to championships single-handedly! Just think about Odell Beckham Jr., the New York Giants’ first-round selection out of LSU in 2014. After missing the first four weeks of the season with a strained hamstring, the human highlight reel shattered several NFL records in his rookie season, finishing with 91 receptions, 1,305 yards and 12 touchdowns. In 2013, Josh Gordon was in a similar boat. He didn’t make his season debut until Week 3 because of a suspension. All he did after that was become a fantasy god, producing 87 receptions for a league-leading 1,646 yards and nine touchdowns.

However, there are other players who, at first glance, might seem like worthwhile additions but are no more than “one-week wonders.” Finding value on the waiver wire is vital if you want to reign as your league’s champion. With that in mind, there are a few key factors to consider when looking for talent on the open market.

If your starting quarterback goes down with an injury, hopefully, you have a suitable replacement. But for the sake of this article, let’s pretend that you spent an early draft pick on a QB and the only other option on your bench is an unproven rookie. In this scenario, you have no choice but to drop someone in favor of a QB who can earn you points. Looking at a player’s history is a great way to determine if he is worthy of the roster spot that just opened up on your squad. You don’t want to add a guy who has had several opportunities but has failed every time. You obviously need a starter, but you want to target someone who is durable and at least somewhat consistent. Granted, there is usually a shortage of options on the wire at the quarterback position, but if you can get a proven veteran who can still move the chains, that’s better than rolling with someone who has failed miserably time and time again or is an unpredictable newcomer. It also might help if your newly acquired QB plays in a pass-friendly offense, which brings us to our next factor.

If you are thin at the running back position, adding a player on a team that likes to run it down its opponent’s throat is definitely a plus. However, if this player is also part of a three-person committee, it’s wise to search elsewhere. An RB who does not get many touches is pretty much useless. You want a player who either carries the ball fairly often or who is targeted commonly in the passing game.

Not only does the system matter, but the teammates of your speculative pickup do also. Getting that running back who carries the ball 18 times per game might not be so great if his offensive line can’t open any lanes for him. Likewise, if you need a wideout, don’t go looking for someone who plays with one of the worst quarterbacks in the league; you won’t reap any rewards there. Part of the reason why Beckham flourished in his debut season is that he had a two-time Super Bowl-winning QB in Eli Manning, along with an offensive coordinator who was committed to creating a passing attack predicated on quick, high-percentage throws.

Injuries can change the entire landscape of fantasy football in the blink of an eye. This is why FantasySP has recommended drafting handcuffs, a stud RB’s backup (as Tony Pollard is to Ezekiel Elliott, for example), on numerous occasions. But in the event that a star WR suffers a season-ending injury, adding a player further down on the depth chart who could now see an increase in targets might turn out to be a profitable move. This is only true as long as you’re not dropping a player who has been consistently contributing to your fantasy team. If it ain’t broken, don’t fix it. If it is broken, go for it!

It is also important to mention that not every injury has a long-term impact. If Saquon Barkley is only going to miss Week 1, it is very unlikely that Devontae Booker will somehow assume Barkley’s starting role during his short absence. Don’t make the mistake of investing in a player whose time in the limelight will be finite and short-lived.

While you may be tempted to go after a wide receiver on a hot streak, there isn’t much of a reason to do so if your roster is already stockpiled with incredible WRs. It is often much smarter to address your weaknesses. Don’t target that WR if you are extremely thin at RB. That said, if you can line up a trade with another owner involving that bright and shiny wideout on the wire in order to get a running back, then I say pull the trigger.

Working the waiver wire is a crucial part of fantasy football success. Championship-winning owners always know when and where to tune their roster. No lineup is ever perfect, but making the right moves on the wire can exponentially increase your odds of victory. Remember what to evaluate and you will be golden.