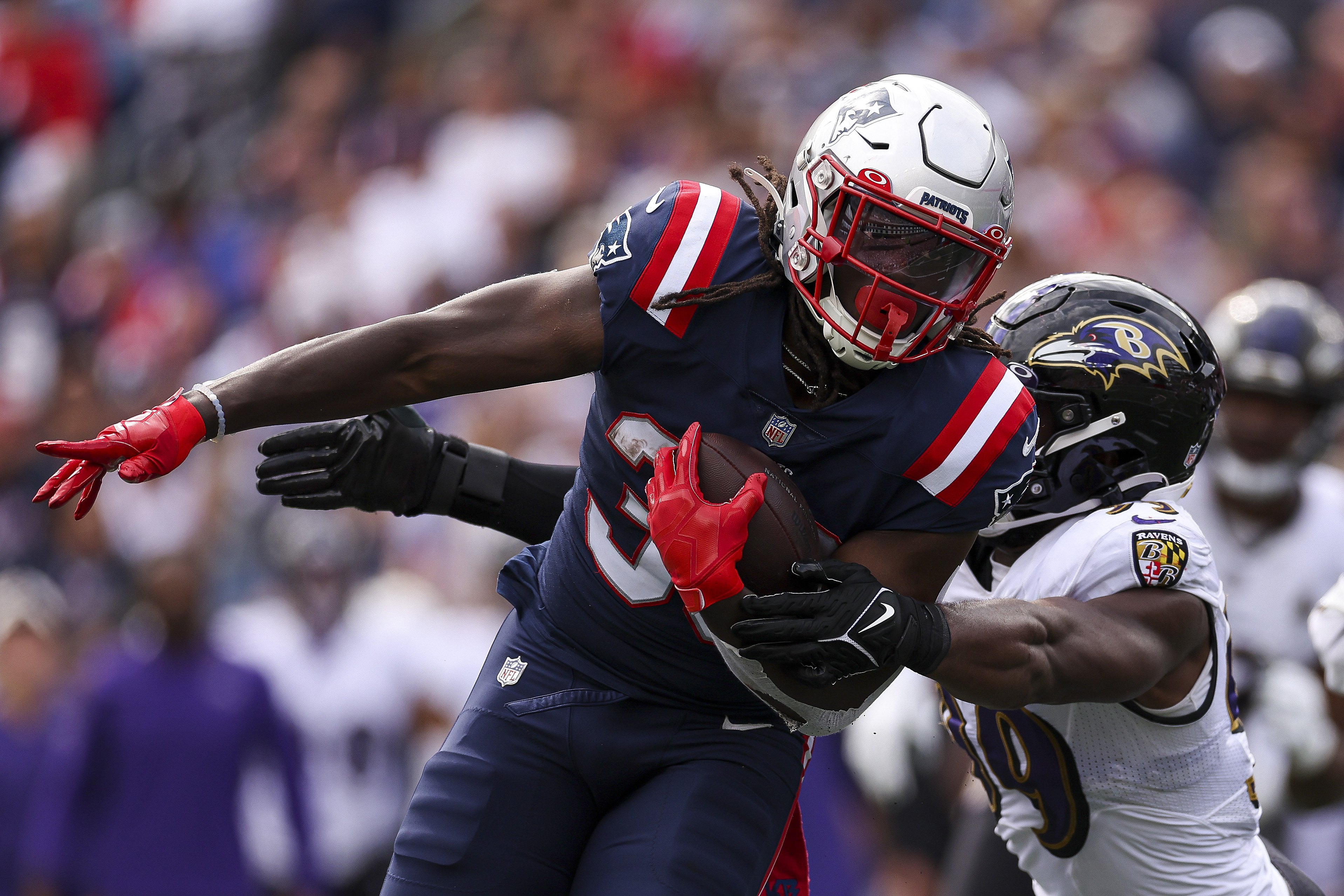 We started to try something new with Start ‘Em, Sit ‘Em this week by digging into each position more throughout the week – starting with quarterbacks – and now we’re continuing the fun with running backs!

And with that in mind, let’s dig into some Week 4 start/sit recommendations at running back:

,I’m probably inviting pain onto myself by picking a Patriots running back as my start of the week (please don’t make me look like a fool, Bill), but Stevenson looked amazing last week and should have earned himself more touches. Damien Harris still looms. And the Packers have a really good defense. But the Patriots will (most likely) have Brian Hoyer under center this week and will need to rely upon their ground game. They’re also playing without a passing-down back so Harris and Stevenson are really the only game in town at the position right now. Is this risky? Heck ya. Belichick is always tough to predict. But Stevenson also has week-winning upside and should at least finish as a top-25 running back this week.

Another tenuous limb I’m willingly walking onto, Cam Akers has seemingly usurped Darrell Henderson as the Rams starting running back. He has a rough matchup against a stout 49ers front, but Akers saw 12 touches to Henderson’s four last week and turned those 12 touches into 61 yards and a touchdown. The arrow is definitely pointing in Akers’ direction right now. Needless to say, Henderson would be on my “Sit ‘Em” list below if I wasn’t writing about him here, so I’d leave him on your bench this week if you can afford to.

Have we started to see a changing of the guard for the Jets? I believe we have. While Michael Carter isn’t going away and may keep Hall as a weekly fixture in this space, I think it’s time to feel good about starting Breece Hall. Carter actually had more carries than Hall last week (11 to eight), but Hall saw 11 (yup. 11!) targets that he turned into six receptions for 53 yards. With the absolute lack of set-it-and-forget-it running back plays right now, I’d feel good about sliding Hall into your RB2/flex spot against the T.J. Watt-less Steelers this week.

SIT OF THE WEEK: Clyde Edwards-Helaire

I’ll get into actual Edwards-Helaire content in a moment, but the first red flag here is the Tampa Bay Buccaneers defense. Through three weeks, they’ve yet to allow a touchdown to opposing running backs and have limited opposing backs to just 70.7 yards per game. Complicating matters even more is that CEH is basically stuck in a weird timeshare with Jerrick McKinnon and (less so) Isiah Pacheco. While Edwards-Helaire has somewhat salvaged his fantasy value with his pass-catching ability, he’s yet to see more than eight carries in a game. Not great, Bob. If you have anything resembling a better option, I think it’s time to sit Clyde Edwards-Helaire.

Penny has a fantastic matchup this week, but nothing else is really working in his favor. While he’s (for now) holding off rookie Kenneth Walker and taking early-down work for the Seahawks, DeeJay Dallas has been handling passing downs and limiting Penny’s upside. Penny has big-play potential, but his 14 carries last week were a season high and his ceiling is limited due to his lack of usage in the passing game. I don’t think he’s an automatic bench, but I’ll have Penny outside my top-35 running backs this week.

Raise your hand if you drafted a lot of J.K. Dobbins in the middle rounds this year. I’m taking my hand down so I can keep typing, but I’m right there with you.While the season is long and all is not lost, it’s not looking so great right now. Sure, Dobbins is coming off a major injury and is still working himself into the Ravens rushing attack. But he’s got Lamar Jackson stealing carries (and touchdowns), and I also just read a quote from John Harbaugh where he said Justice Hill was “kinda the bell cow” and “ran like a star running back” last week. Coach speak? Maybe. But also something that will have me putting Dobbins and his nine Week 3 touches on my fantasy bench – especially against a tough Bills defense.