Its important to remember that the NBA season is just beginning, and no player on this list has played more than four games. Some big name players such as Damian Lillard and Deandre Ayton had their DFS salaries reduced in comparison to last season, solely based on rusty starts. These are guys you should add to your roster tonight, in addition to a few veterans also getting warmed up, and two young raw talents making the most of the minutes they are given. Here are your NBA DFS picks for Wednesday, October 27. 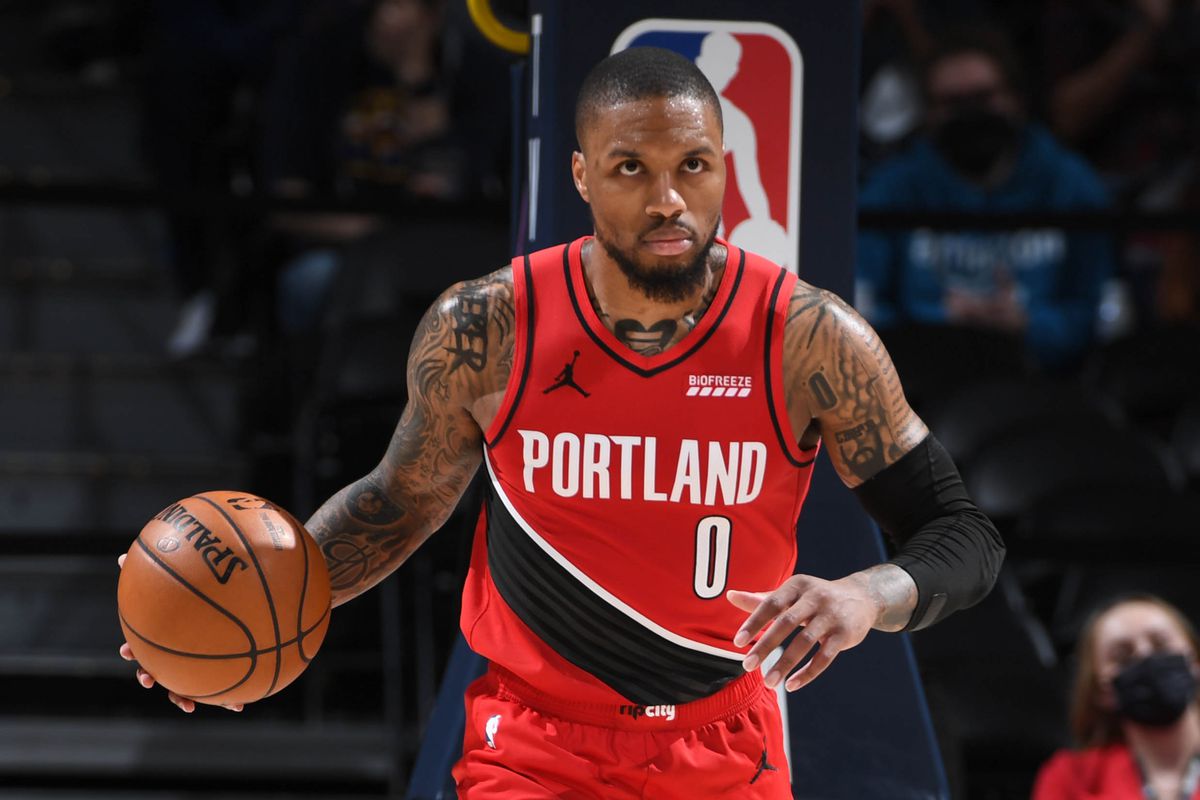 I'm willing to say that for the rest of the regular season, Damian Lillard’s DFS salary will never be this low. Lillard will perform better than he has in the first three games of the season Wednesday night, and most likely for the rest of the season. Indeed, Lillard began the 2021-22 campaign scoring less than 20 points in all of his first three contests. That drastically affected his FPPG, which were well below what he is capable of producing. He also turned the ball over, which further decreased his value as a player. I mean, Lamelo Ball’s salary is higher! These outrageously low salaries (comparatively speaking) assigned to Lillard by the DFS sites are disrespectful to him and fundamentally fail to evaluate his ability to score on the court any given night. However, if you’re planning on playing DFS tonight, this is the big name player everyone should have on their roster tonight. According to our projections, Lillard is expecting to put up the most fantasy points at the point guard position on tonight's slate. Helping his case is the fact that his opponent, the Memphis Grizzlies, are currently the fourth-worst team against opposing point guards. They are allowing 53.0 fantasy points per game on DraftKings early on this season. Memphis is also allowing the fourth-most fantasy points to all positions (246.0) midway through Week 2. Expect Lillard to light up the box score!

He should produce more numbers this season than he did last on the Lakers. The Celtics have been in somewhat of a transitional phase over the last few years, but with Jayson Tatum and Jaylen Brown both cementing their standing as some of the league's brightest young stars, a strong and athletic PG such as Denis Schroeder is indispensable for the team to produce. Schroeder will distribute the ball to both those scorers and get plenty of assists this season, currently averaging 6.3 APG. He's also able to score respectably and has done that so far this season, averaging 14.2 PPG. I think he is capable of scoring more, and he will do so tonight. Entering his fifth game a Celtic, Schroeder will be playing 30 MPG or more every night. In the last two games he has played, the former Hawk and Laker tallied 18 points in 33 minutes and 23 points in 36 minutes respectively. He is a PG whose salary will be in the mid $6,000s within the next few weeks. With his last two games being strong outings, Schroeder is a strong and slightly undervalued pick for tonight's DFS tournaments.

Again, we have a low salary here for a player who's just getting warmed up. I'm a little suprised by this valuation. Bridges is a solid starter and he played terrifically during the playoffs and NBA Finals. He's off to a great start to this season averaging 17 points and 4 boards per contest. At this salary, Bridges could be the steal of the night at the small forward position. Plus, due to Sacramento's fast-paced offense, the Kings are currently tied with the Grizzlies in allowing the fourth-most total fantasy points per game. He's also a player I would look out for in weeks to come.

Here's the first eco pick of the night. I watched Franz Wagner specifically perform well in the Orlando Magic's victory Sunday against the New York Knicks. This guy was moving, rebounding, dunking, and passing. Besides the brilliant performance of Cole Anthony and Terrence Ross' 22-point fourth quarter, Wagner was a name that repeated consistently throughout the broadcast of this game. As it turns out, he only scored 10 points and it was his least productive outing yet this season. He is currently converting 48.9% of his shots from the field for 13.2 points in 33 MPG. With that many minutes, he has the potential to produce a solid stat line on any given night. In Wednesday night's matchup at home against the Hornets, Wagner should have a good night as Charolotte is currently allowing 60.4 DraftKings points per game to opposing small forwards, the second-most int the league. If you're looking to save big salary bucks when building your lineup, Wagner is definitely a cheap wing to consider.

Deandre Ayton is off to a slow start this season. Ayton has managed just eight points in back-to-back contests. In hist most recent start, Ayton recorded an astoundingly low three rebounds. His DFS salary is a reflection of these three games. Similar to Damian Lillard, I think Ayton is undervalued here and is one of the best options at the center position with Phoenix taking on the Sacramento Kings. Ayton should have a few blocks and many more rebounds, especially because the Kings shoot the ball so much. Sacramento is currently ninth among NBA teams through the first three games of the season in field goals attempted, currently averaging 92.3 FGA per game. If they shoot 80+ shots, Ayton should be in line for a double-double. And as mentioned previously with Bridges, Sacramento is allowing the fourth-most DraftKings points per game overall (246.0) in the NBA, and they are also permitting opposing centers to produce 66.7 DK points per contest, good for third-most in the league. Ayton is tied with Clint Capela for the fourth-highest projection at the center position tonight. Considering all the factors in Ayton's favor, he should have no problem producing a strong outing.

In Toronto, many players including sophmore Nigerian forward Precious Achiuwas' minutes have increased to compensate for the lost offensive production in Pascal Siakam's absence. Since the season began, Achiuwa's minutes have substantially increased. In comparison to his rookie season in Miami where he averaged 5.3 points per game, the second-year big man is averaging 10.5 points and 11.2 rebounds. Producing a double-double provides bonus points on DFS sites, so this is a positive trend from the young player. He's also played more than 30 minutes in his last two contests. He is the second bargain play of the article and is as good an option as Franz Wagner (if not better). Tonight, the Raptors face a Pacers team that struggles against opposing power forwards, allowing 55.2 fantasy points per game to opposing power forwards, the seventh-most in the NBA. To all forwards, the Pacers have permitted the second-most fantasy points per game. That said, Indiana is much better at defending centers, whom they hold to 41.5 fantasy points per game, the third-least in the league. Achiuwa's value could be solely determined on what position he logs most of his minutes at in the rotation tonight.

We take you from draft season all the way to championship week here at FantasySP. But if you are not a seasonal player, we have DFS content and betting tools that will help you make some serious cash! Plus, we have a huge announcement coming up in the near future about a brand new DFS tool for the site so make sure you keep your eyes peeled!

From analytics to projections, we can take you to the next level. Become a FantasySP member and subscribe to our Fantasy or Edge+ product! Our tools and content will help you DOMINATE your competition. Remember, the draft is just part of the process. Let us do the in-season work for you to get you to the postseason and eventually to the championship! Sign up today!