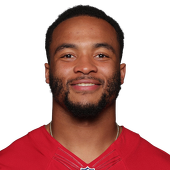 49ers' RB Elijah Mitchell, listed as questionable for Sunday due to rib and finger injuries, is expected to play vs. the Vikings, per source. 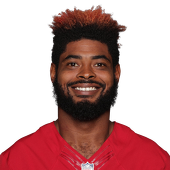 The league has decided to take action against Jacksonville Jaguars safety Rayshawn Jenkins for his actions Week 11 against the San Francisco 49ers as he was thrown out of the game for unnecessary roughness. According to NFL Network’s Ian Rapoport, the NFL hit the veteran with a $10,815 fine this week, which is his third known fine of the season.

Jenkins was one of the biggest topics coming out of the Jags’ 30-10 loss to the 49ers last Sunday after being ejected in the second quarter. On a third-and-two scenario where Andrew Wingard stopped receiver Deebo Samuel behind the goal line, Jenkins and 49ers receiver Jauan Jennings remained engaged with each other after the whistle. With several players and referees trying to break it all up, Jenkins then slapped Jennings and was flagged and ejected as a result