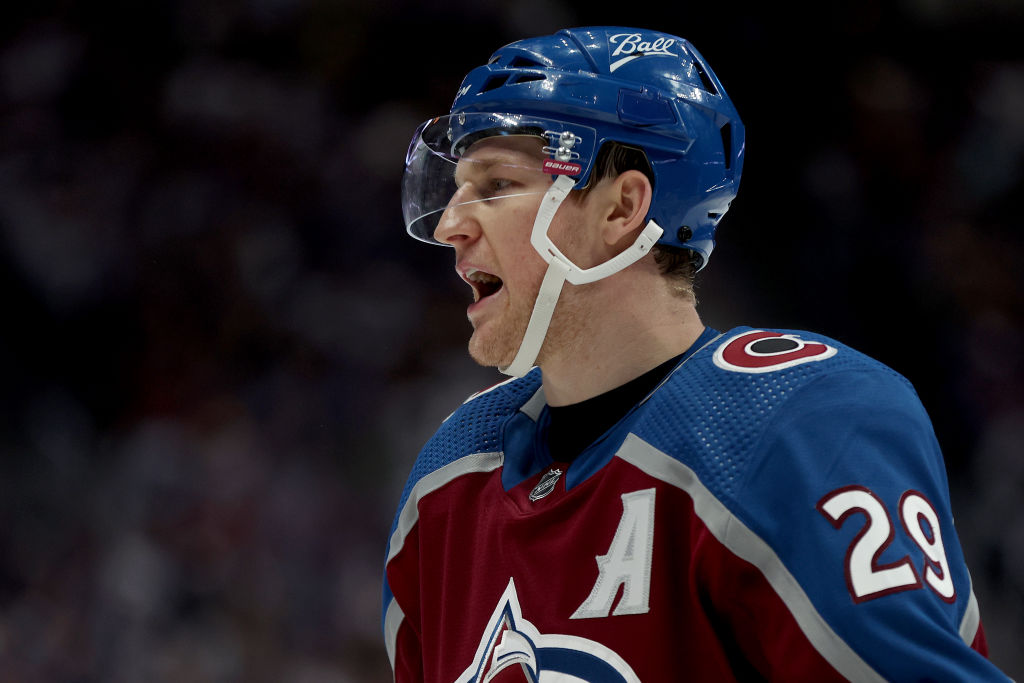 What a season it has been so far, as we find ourselves close to the NHL all-star break which means no games at all from the second to the fifth of February. As always, I will be covering my favorite few game lines and player props of tonight’s slate. We have 11 games featuring Buffalo and Florida on what I would call real road back-to-backs.

Colorado Avalanche In-Regulation versus Washington +102 to -115

The Capitals come in on basically equal rest with Colorado, having dropped a tough one at Vegas last time out while the Avs come in having won four in a row and playing some of their better hockey this season. The thing to look out for in this one is the status of Ovechkin, who could miss, and Makar, who also could miss but seems nearing a return after sitting the last two or three games out. Regardless of what happens here, I’m taking the hotter team that has things figured out right now over the team that has yet to fully click with their injured players returning.

This one is so hard to ignore for me that I am going against one of my fundamentals of betting puck lines in taking these odds with it. This is a well I’ve gone to a number of times this season both with the B’s and against the Habs. The Bruins are playing some dominant hockey as of late and on the season, while the Habs are pretty much the polar opposite. Montembeault is worth mentioning for how effective he has been in the net and is maybe my closest thing to a concern here for this wager. I hate that Cole Caufield is done for the season as much as anyone, but it will certainly not do any favors for Montreal in a matchup like this. I don’t mind doing a “Pointsbet” wager on this where your payouts incrementally increase and decrease based on the score, but prefer a “ladder” where we sprinkle a -2.5 at some good odds as well and will be looking at those and deciding later but wanted to share this as I think this could get really ugly for Montreal here. It will not shock me one bit to see the regular puck line hit -2.5 for the Bruins tomorrow at some books.

I think you could just about say the wrong team is favored here. Although I like some of the personnel moves the Red Wings have made over the last few seasons, this team is only getting but so far this season for now, as they let Ned go on waivers. The Sharks have been low-key good at driving play this season to the tune of 11th in expected goals-for percentage in the league, while Detroit has been struggling down at 26th. In the last ten games, however, the Sharks have been much better at third while the Wings are down at 19th. I’d argue we shouldn’t be seeing a line like this so although maybe you share the nose-holding with me here, this holds some value.

I’ve explained my philosophy on how I bet player props a few times now, but if you are new to my articles, it goes something like this. I take a cumulative look at individual possession metrics, role, and time on ice, and look for the games that expect to have a good pace to them and ideally an easier matchup. The easier matchup is icing on the cake, or a nice extra box to be able to check off when determining which players, we want to wager on, but the aforementioned factors and the actual numbers and odds of these are what most dictate if we have ourselves a wager worth placing or not as a reminder. If you are newer to betting and are curious about what goes into player prop wagers behind the scenes, go check out my article that was released last week that you can utilize for your own betting strategy, and/or reference anytime you need to. I’ll be releasing a second part to it down the road that dives more into the individual metrics themselves, probably over the all-star break. I generally wager half-unit plays on all shot props and more like quarter to tenth units for anytime goals, as a guide.

If you’ve read most or all of my articles here up to this point, you probably think I run the Kyle Connor fan club or something. Nashville is a poor possession metric team, propped up mostly by unbelievable goaltending in Saros. Connor is a machine, and he is top-line and power play in a great matchup, and our free projections have him at four shots as well. Give me the plus-money here all the way down to -115 I’d play this.

Nathan MacKinnon over 4.5 Shots on Goal -135 versus Washington

Well, this is undoubtedly a high number and a juiced one at that, but I am still on board. The Capitals are a decent possession team but MacKinnon is on another personal level at the moment that I don’t think I can even comprehend nor can the books. He leads all forwards for shots on goal in our projections at a six!

Clayton Keller over 2.5 Shots on Goal -138 versus Anaheim

If you have not been taking any shot props against this Ducks team this season, I feel for you but here is a wonderful spot tonight with who I would call the main trigger for the Coyotes in Keller. The Ducks are bottom or near-bottom in shots allowed versus literally every position at even strength this season and I think this game will have a decent pace to it as well, so I’m locking in Keller here.

You could make a case for sprinkling a goal with any of these shot prop players. Best of luck tonight!