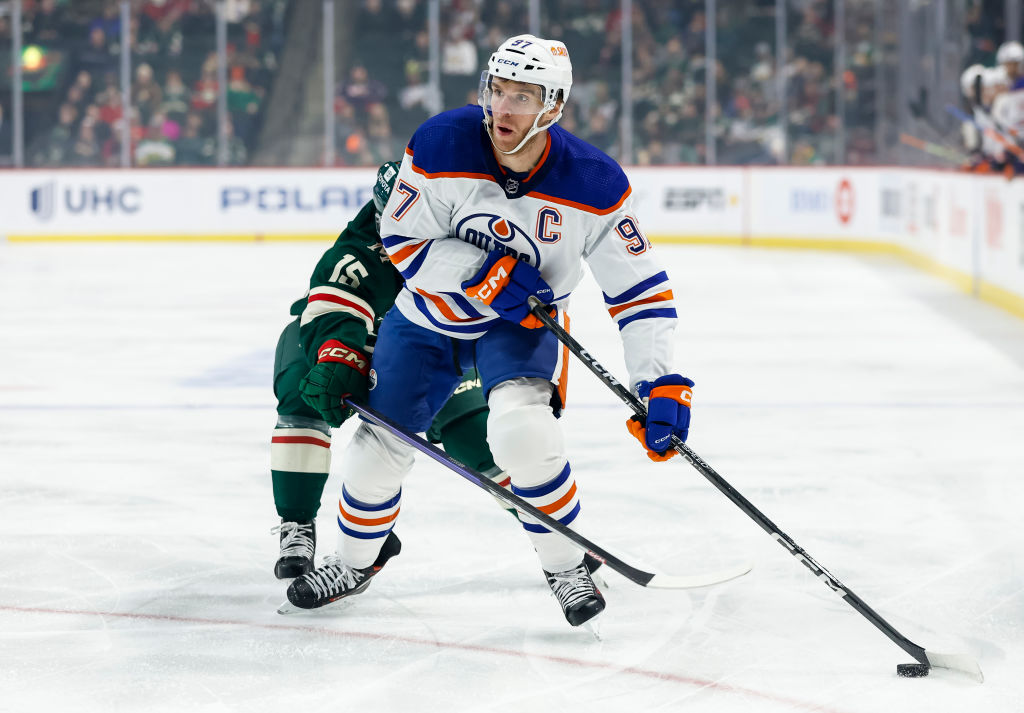 Hope you’ve been enjoying my articles so far and now comes another to make the Monday suck a little less hopefully! The last time out was kind of rough if you tailed, so I hope to deliver some winners this time around. However, as far as the season so far goes, I’m in the green and hope you are as well. As a reminder, anything you see here is on my personal betting card as well. Tonight, we have six games to find the best bets possible from, and not one team is on a back-to-back. Only two teams playing tonight played four times last week, that would be the Rangers and the Oilers. Be sure to look out this Wednesday and Thursday, for one of these slates I will also write up a DFS values article as well, for those of you who play on DraftKings.

I’ve explained my philosophy on how I bet player props a few times now, but if you are new to my articles, it goes something like this. I take a cumulative look at individual possession metrics, role, and time on ice, and look for the games that expect to have a good pace to them and ideally an easier matchup. The easier matchup is icing on the cake, or a luxury box to be able to check off when determining which players we want to wager on, but the aforementioned factors and the actual numbers and odds of these are what most dictate if we have ourselves a wager worth placing or not as a reminder.

This guy is legitimately one of the best rate-shooters in the NHL. You may find over 2.5 at -200, which is too juiced, so I will take the better odds at over 3.5 shots on goal.  I like his role, time on ice, and the fact he is the primary trigger on their power play in a good matchup I figure to be very high scoring. A sprinkle on his anytime goal is a consideration as well at around +175.

Connor McDavid Over 3.5 shots on goal versus Washington (8:30 pm EST)

McDavid is the world’s best player. He has the role, the time on ice, and on home ice getting the best matchups possible with the last change at stoppages of play. The icing on top is over the last 10 games the Capitals are 25th in Corsi-allowed per 60 minutes, and are missing several key players. Additionally, Kuemper’s status is in doubt after that injury in Saturday’s 5-2 loss at Calgary.

Same game, but another old reliable friend who is getting leaned on big time with the number of injuries the Capitals have. The Oilers defensive metrics leave some things to be desired, sitting in roughly the bottom third in the league in expected goals for percentage per 60 and in Corsi allowed per 60 for the season so far. I expect this game to have the pace we are accustomed to when the Oilers take the ice as well.

“Cogs” finds himself in a second-line role in a very favorable matchup tonight at Philly. Although he’s not listed or expected to get any power play time, that could change as banged up as the Avs are. Regardless, +550 is enough value to wager this for him to find the back of the net tonight. I wagered 0.25u on this one.

I wrote him up for shots, and like him to score a goal in this game tonight, which I am projecting as a goal fest in Vancouver. I grabbed this at +175 and like it anything +150 or better.

This is one that I hope you were already thinking of if you were looking at some basic things. Take, for instance, both these teams being bottom 10 in expected goals against in the league so far this season (Montreal 25th, Vancouver 29th). For the most part, the way these teams tend to give up open ice is another thing I love about this matchup for the over, as well as Vancouver, being an over machine thus far this season as one of the highest-scoring teams in the league that is also very poor at keeping the puck out of their own net. Although over the last 10 games the Canucks have been lower scoring, they faced both Colorado and Vegas twice apiece in that stretch, and still sit 11th in the league in raw goals per 60 on the season.

This is the most lopsided matchup of the night, which comes at a premium because as many of you already know, the NHL is a competitive league from top to bottom and the difference is very small from team to team. I usually despise taking puck line bets at minus money, but I do think this is fair here and is a safer-than-usual puck line bet. The glaring thing for me here is expected goals for percentage both on the season and the last 10 games from both teams. Calgary is sixth while Arizona is dead last at 32nd in the league. This says expect Calgary to drive the play tonight and win this one in convincing fashion.