Hello again everyone! We dig into the final weeks of the fantasy hockey season. With more and more playoff spots clinched, the column for this week focuses on the final two weeks of the season. 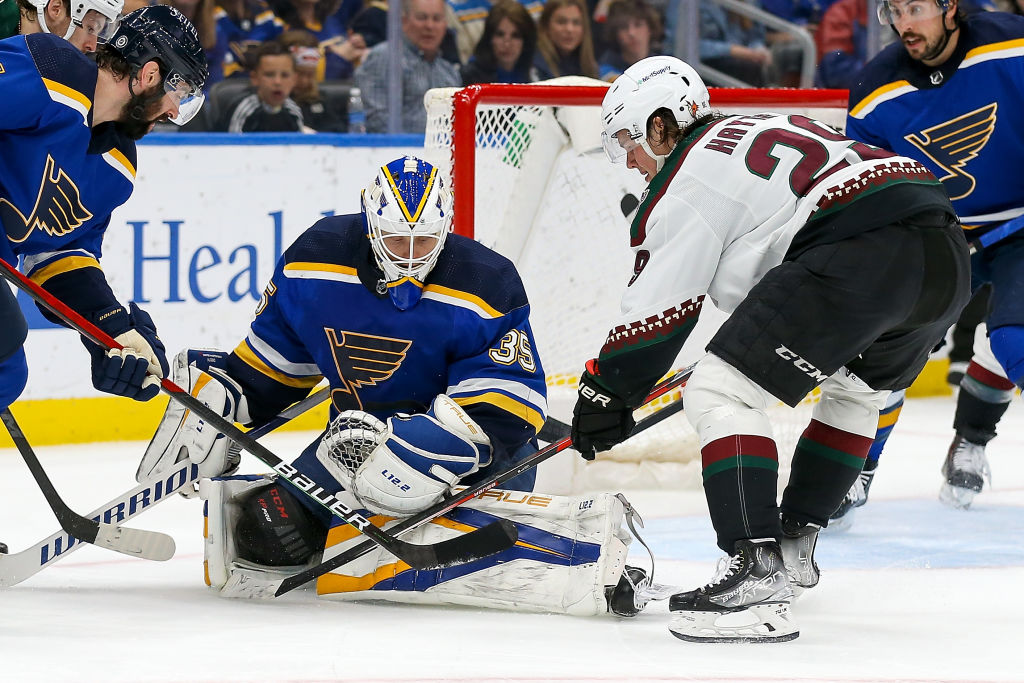 It is crazier yet how this 2022 season has gone. There have been so many unexpected events. Just a few days ago, a blizzard canceled a Winnipeg Jets hockey game. Anyway, let's dive into the schedule matrix.

Oh, but wait, there is more!

Please note that this week's schedule is way, way busier on Tuesday, Thursday, and Saturday. There are 58 games in part one and 44 games in the conclusion. This is all spread out including six nights of double-digit contests. Week 26 shows us a few more waiver-wire prospects. Also, keep in mind that some leagues do not play the final week of the regular season.

With the top-six rolling in Nashville needing to carry the load again, it never hurts to look at Ryan Johansen as a possible option for this final stretch. He has three goals in his last five games. This is despite averaging less than 1.6 shots per game. The good news is that the top-line center is back up to his numbers from before the pandemic. The even better news is that Nashville has some games in hand that they will use up over the final two weeks. Johansen could easily top 60 points and 25 goals this season. That latter number would be taken quite handsomely.

The forward is enjoying some love because the expectation is that Boston will not struggle for much longer. They have lost four of their past five games. During the one win, DeBrusk had a goal, assist, and five shots on goal. He continues to play top-six ice time and garner significant chunks of power-play time as well. Boston is one of those teams that play a bunch during the final dozen days of the regular season. Boston also still has a chance to avoid playing Florida or Carolina in Round 1 if they can catch Tampa Bay. Expect DeBrusk to play a vital role one way or the other.

Okay, for better or for worse, players like Sean Durzi are going to have to carry the Los Angeles Kings defensively. Though he has just two points in his last five games, most of his peripheral numbers have been good. Those 11 hits and eight blocked shots certainly do not hurt. Durzi is still handling his increased ice time and role well as Los Angeles stays in a position for a playoff spot. Any offense that the young blueliner provides is a bonus at this juncture. The Kings' schedule over this final stretch is a bit more relaxed too. That should benefit Durzi.

The defense in New York should benefit Alexandar Georgiev whenever he makes spot starts down the final two weeks of the regular season. Georgiev has been very good in his last two starts while stopping 49 of 50 shots. That includes a shutout as well against Philadelphia. Yes, the competition is not what anyone would call quality but still, it helps fantasy rosters. New York could have its playoff slot clinched sometime next week. That would make lots of sense to see more of the Bulgarian goaltender in net for an extra game or two more than usual. That might make a difference in some fantasy leagues and is worth monitoring.

The Montreal Canadiens have made this some fun ride for Cole Caufield. Under Martin St. Louis, the forward has taken off averaging just over a point a game. He still has three goals and an assist over his past five contests to give the winger 38 points on the season. That includes 15 shots on goal during that time. Caufield is getting closer to that three shots per game average he held during his brief run last season. Caufield is not going to be confused for being defensively responsible just yet. However, this is a player that could still top 20 goals on the season despite a nightmarish first half.

The defenseman is never going to be confused with scoring a ton of points but he does deliver in some clutch spots. There was that San Jose game where Ekholm scored the game-winning goal. That was his only point in the past five contests. However, Ekholm is shooting the puck more often (14 shots, 16 scoring chances). Consider that the blueliner is still averaging just 1.9 shots per game and that is partly why fantasy-wise his numbers look a bit worse. His very slow start at least has been mitigated some by a better second half.

The goaltender for the St. Louis Blues just keeps on winning games. He is 7-0-1 over his last eight decisions for the Blues. Furthermore, in five of those starts, he has allowed two goals or less. Yes, teams score more goals now than in previous years but Husso again is winning games with a more than solid 2.37 goals-against average and a .925 save percentage. The 23 wins in 34 games started is a huge reason why St. Louis will be making the playoffs again this season. It also does not hurt that the hottest team in the league right now is St. Louis (seven straight wins).