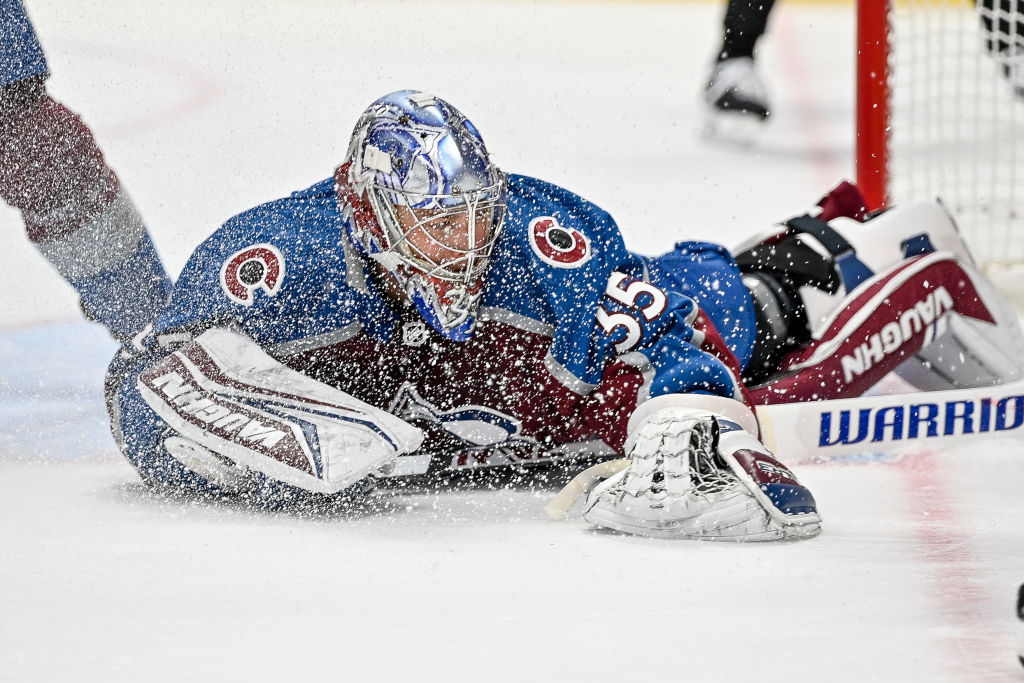 Hello everyone! Welcome to April and yes this month is it! With the fantasy hockey playoffs in full swing, expect things to get a bit crazier. This is how games are broken down by team.

Please note that this week's schedule is still busier on Tuesday, Thursday, and Saturday. There are 52 games in all spread out with 4+ games on each night of the slate. Week 24 presents a few more waiver-wire prospects.

The New York Islanders are coming on at just the right time with a 10-3-1 mark over their last 14 games. They have been buoyed by Brock Nelson who is now up to 32 goals in 58 games as of Sunday. Nelson has three goals in his last five games to go along with two assists. Gradually, his shot average is approaching 2.5 per night which is much improved from earlier in the season. The winger appeared to start the season hurt much like several Islander players. Along with Anders Lee and several other players, the Islanders have some attractive targets that will be hard to sit throughout April.

The fantasy playoffs are going to lead to some strange bedfellows because of injuries and the lack of depth on most waiver wires and benches. Yegor Sharangovich was thought to be a 25 goal player at the start of the season. With Saturday's hat trick, the Russian at press time has 19 goals in 62 games played. Since New Jersey has 13 games left, there is a distinct chance that Sharangovich winds up getting six more goals. Playing with Jack Hughes also helps. It is crazy how a lot of New Jersey offensive players are hitting their talents and yet the Devils are where they are in the standings. Team defense and goaltending speak that many volumes.

So, with the injury to Clayton Keller, Schmaltz takes a significant hit fantasy-wise. The Nich Schmaltz line without Keller was a disaster against an Anaheim Ducks team that had lost 11 straight contests. He had just a blocked shot and one shot on goal. Schmaltz generated just one scoring chance on the night and that was not high danger. The pivot (occasionally winger) will get his points but he just is not the same player without Keller. Many forwards would suffer without a bonafide winger on their flank. It is just that Schmaltz can also be very streaky. Never mind the tendency for injuries. Schmaltz is just one to stay away from with tougher matchups abound.

The reason for sitting a player like Oliver Bjorkstrand is simple. He is trying to do too much and it shows. Bjorkstrand has just two points in his previous six games and has exceeded three shots just once in that span. With Columbus losing so many games and Bjorkstrand displaying signs of being mentally fatigued, it may be time to let him ride the bench for a week. With so many options opening up, that may be one's best bet for Week 24 and possibly beyond.

With the injury to Nazem Kadri, the Colorado Avalanche is restructuring their power-play unit to include Cale Makar and Devon Toews. Gee, that does not seem fair at all. Yet Toews has bounced back after a slump with a goal and three assists in his last four games. That included playing more than 28 minutes against the Pittsburgh Penguins on Saturday. He expects to see this increased ice time for the balance of the regular season as Kadri currently is on track to return for the first round of the playoffs in four weeks.

The idea that the New York Rangers play three times this week instead of four helps here. Adam Fox has struggled a little bit of late. He has just a couple of assists in his past five games. Fox is averaging two shots a game of late but just one blocked shot per contest. Even his hits have all but dried up. Quietly he has been getting rested a fraction as well. There have been a few games where he has played less than his season average of 24:03. It has become a bit noticeable. Fox could bounce back at any time but since Damon Severson was already persona non grata, Fox was another decent candidate to sit (albeit risky).

Sadly, Semon Varlamov could not be repeated here this week. However, with Ilya Sorkin's injury, he remains a viable option. Darcy Kuemper has caused his share of headaches for fantasy hockey owners this year. However, over his last five starts, Kuemper has delivered four quality appearances. That included a brilliant 38-save performance against the Pittsburgh Penguins. In 44 decisions, Kuemper is now 32-9-3. That includes five shutouts and a save percentage of .925. Is goaltending a question mark for Colorado? That answer is no. Injuries are a much bigger concern than the goaltender who is playing well.

This team is among the worst when it comes to fantasy hockey futility. New Jersey may score a few more goals at times but their goaltenders cannot even come close to a .900 save percentage. At last check, seven goaltenders have combined for a .883 save percentage. The Devils allowed 15 goals in games against Boston and Florida. That included a second period in Boston where they yielded six goals and then there was Saturday afternoon. New Jersey gave up four goals in the third period squandering a 6-2 lead. Florida quickly scored in overtime sending New Jersey fans home incensed. There is a simple but growing list of teams one should not take goalies from. They include New Jersey and the Detroit Red Wings for starters.