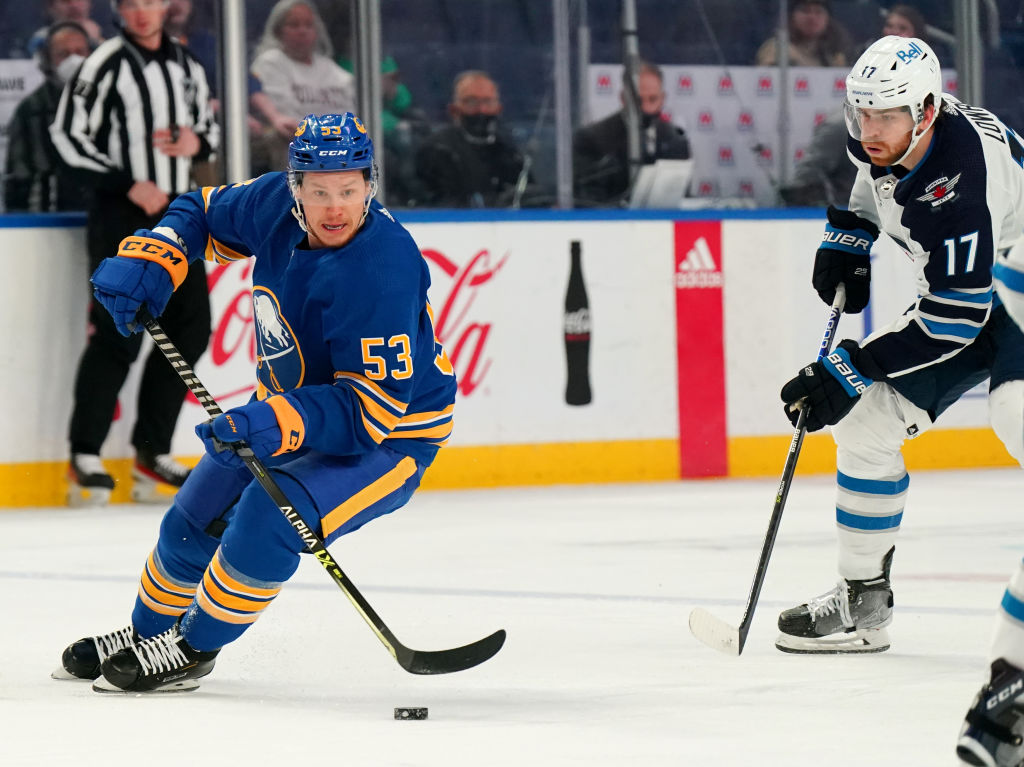 Hello everyone! Welcome to April and yes no fooling! With the fantasy hockey playoffs in full swing, expect things to get a bit crazier. This is how games are broken down by team.

Please note that this week's schedule is still busier on Tuesday, Thursday, and Saturday. There are 52 games in all spread out with 4+ games on each night of the slate. Week 24 presents a few more waiver-wire prospects.

With Viktor Arvidsson back in the lineup, Los Angeles has its top-six forwards intact. The only thing is getting Arvidsson's goal-scoring touch back. He was averaging about a goal every three games. In his first four starts since returning from injury, he has two assists but has 13 shots on goal. Arvidsson was averaging nearly 3.7 shots per game before the Swedish winger got hurt. Los Angeles remains fully in the playoff chase which should get Arvidsson's adrenaline pumping. The output and scoring chances are there which means the goals should follow soon enough.

The forward is headed for a 30-goal season in Buffalo which did not seem plausible without Jack Eichel. Right now, Jeff Skinner has 27 goals and 47 points in 66 games. Most importantly, he has stayed healthy. Furthermore, Skinner can play both the wing and center effectively. He has bounced back while playing top-six minutes at 17:13 a night. While his power-play numbers aren't the greatest, his even-strength numbers have been quite good. Skinner has three goals and two assists in his previous five contests with 17 shots on goal. That 3.4 average is right around his season average of 3.25. Skinner should enjoy a nice April for fantasy owners.

Okay, there are increasing chances that Drew Doughty may not come back before the end of the regular season. This makes the return of Sean Durzi important for the Los Angeles Kings. The defenseman has four points in his last five games along with 12 penalty minutes, nine shots, and nine blocked shots. His minutes have come up, especially on the man advantage. That is where Durzi has a surprising 10 assists on the season. He may be averaging just a point every other game since Dec. 1 but has solid peripherals. Aside from the +/-, the blueliner is a solid add.

The up-and-down play of Winnipeg and Connor Hellebuyck has led to a nice development. Eric Comrie is playing a little more and proving he can be a solid backup goaltender. It took a while but the 26-year old is finding his form. He was 8-2-1 at press time for Winnipeg with a 2.39 goals-against-average and a .920 save percentage. His last start came against Columbus last Friday and Comrie stopped 33 of 36 shots in the win. This came two weeks after stonewalling New Jersey (giving up 1 goal on 34 shots). With five straight wins under his belt, it may not be a surprise if Comrie sees a few more appearances than usual in April.

Playing with the New York Rangers in a role that suits him helps Frank Vatrano. He does not have to worry about defense as much as generating offensive chances, chaos, and yes goals. He has four goals and an assist in the last five games. The funny part is against Detroit where everyone thought he would shoot, he instead slid a slick pass to Artemi Panarin to seal the win for New York. Vatrano's playmaking skills are not top-notch but they are considerably underrated. He is up to 25 points and 15 goals on the season. Also, the winger is playing a hair over 15 minutes a night lately. That is helping increase his shots and scoring chances.

The defenseman is not going to garner Norris Trophy consideration by any means but he is enjoying a nice fantasy hockey season. Andersson now has four goals and 37 assists in 66 games. Those are solid numbers along with the +23 rating. Andersson has two goals and two assists in his past five games. His shot rate has been just above two a contest since Feb. 1. His blocked shots are up to more than 1.6 per game as well. This is all while seeing ice time in all situations. That 23+ minutes a night pays dividends and Calgary plays four times this week which helps too.

The goaltender for the New York Islanders benefits with Ilya Sorokin being out. New York has played well of late. It may be too late for them but not for your fantasy hockey team. The Russian goaltender had gone 3-1-1 over his previous five starts which included one shutout. His performance in Columbus was reminiscent of the last two seasons in the bubble. He helped keep New York in the game as they ultimately won. While the Islanders will likely overtake Columbus, that is as far as they will get in the standings. However, with how steady Varlamov has been, a few extra starts benefits fantasy owners in Week 24.