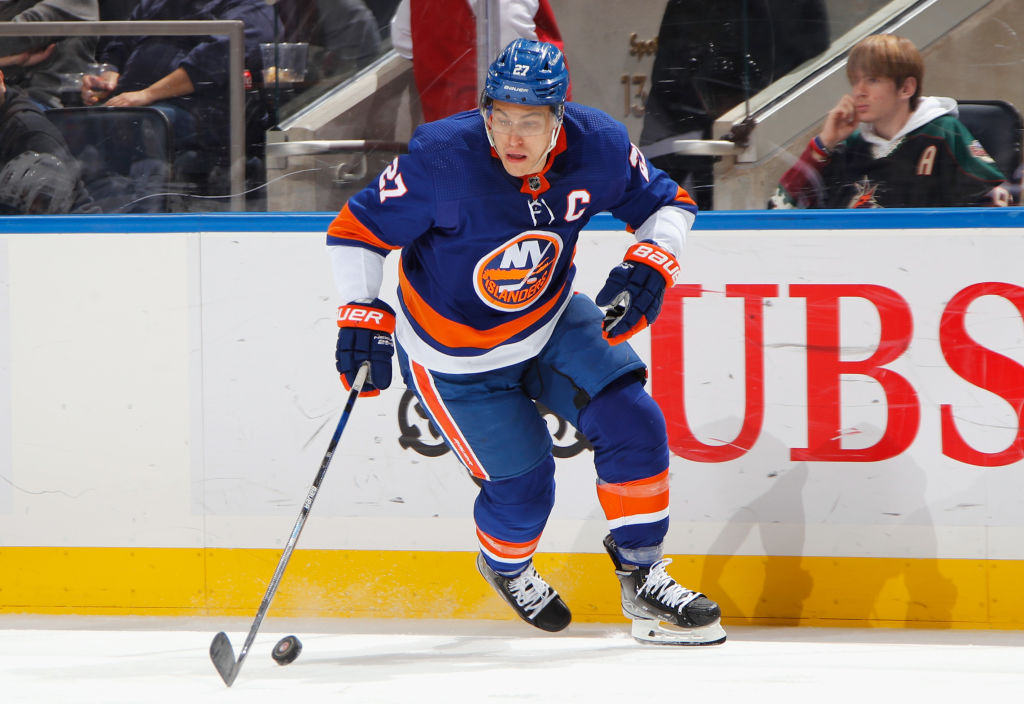 Again, note the three days of chaos - better known as Tuesday, Thursday, and Saturday. Furthermore, there are eight games on Sunday and 54 for the week. Anyway, it's team game breakdown time.

In Week 22, the focus starts to spread back to Tuesday, Thursday, and Saturday with a Sunday kicker. This means several teams will be playing three games in four days/nights.

Will the Chicago Blackhawks forward still be in Chicago after Monday afternoon? That is a great question. For now, Strome is producing as he did a couple of seasons ago with Alex DeBrincat and Patrick Kane. Strome now has 16 goals and 16 assists in 48 games on just 94 shots. The pivot has five goals and three assists in his last five games alone. In limited power-play time, Strome has five goals and six assists. Now, the question becomes how much can Chicago get for the forward. Do they decide to keep him after all? See you Monday afternoon.

Jakub Vrana came back just four games ago and already, he is paying dividends. The left-winger is up to top-six time with Detroit currently. Vrana has three goals so far on 12 shots and 15 scoring chances. The forward has even boosted the man advantage. He has two goals in those situations so far. The good news is his ownership has picked up right away. It went up more than 11% over the past week alone. Vrana looks 100% and has shone no signs of the injury that sapped more than half of his 2021-22 season. The simplest move is to head to one's waiver wire and pick Vrana up.

Yes, Vancouver is not stellar defensively. However, Travis Hamonic has shown some value recently. He has two goals and two assists in his last five starts. That brings him up to seven points in 22 games. It arguably also increases his trade value. That depends on if Vancouver can find a taker for him. No one knows. The only thing certain is that Hamonic is doing a little of everything. He even has 11 blocked shots in the past three starts. Hamonic played just about 20 minutes in his last game versus New Jersey. It has been quite a turn-around for the defenseman.

Antti Raanta gradually has improved his season after a rough start. He is 3-1-1 in his past five starts and that included a sparkling 36-save shutout against the Colorado Avalanche. On the season, Raanta has a 10-4-2 record in 18 games played. He has two shutouts with a 2.29 goals-against-average and a .917 save percentage. While Frederik Andersen will get the majority of the starts the rest of the regular season, expect Raanta to gain a few more appearances. Expect his ownership to rise into the double digits beyond the NHL Trade Deadline.

This is the Anders Lee many were expecting at the start of the season. He has nine goals in his last six games to boost his total up to 23 goals in 52 games this season. His goal on Thursday helped the Islanders win over the New York Rangers. Lee has 20 shots on goal and 23 scoring chances during this latest run. While he will not top 40 goals in 82 games, Lee is likely to push his way up past the 30-goal marker. His shot rate is improving from the first two months of the season as well. One wonders what could have been if the Islanders had gotten off to a better start.

The defenseman keeps shelling out the assists for Calgary. In all, the Swedish blueliner is up to 35 helpers on the season. Combined with his two goals and Andersson is enjoying a very nice season. The defenseman now has six assists in his previous five starts. He has eight shots on goal, seven hits, and 11 blocked shots during this span. Andersson has been a great complement to the top-six from the rear. He moves the puck up the ice with swiftness and makes a few mistakes. The Swede is one of the main reasons why Calgary is a major contender to win the Stanley Cup.

The Washington Capitals are reaping the rewards with their "backup goaltender". Vanecek has now won six straight starts including a Thursday night gem over the Columbus Blue Jackets. In that tilt, Vanecek stopped 39 of 41 shots in the win. He has yielded just 14 goals during the winning streak. Washington will allow goals but they will score their fair share as well. It just boils down to the goaltender stopping the shots he should. When Vanecek does that, the Capitals are very tough to beat. He has improved over last season in almost every category. He now sports a .917 save percentage to go with 15 wins in 28 games started.