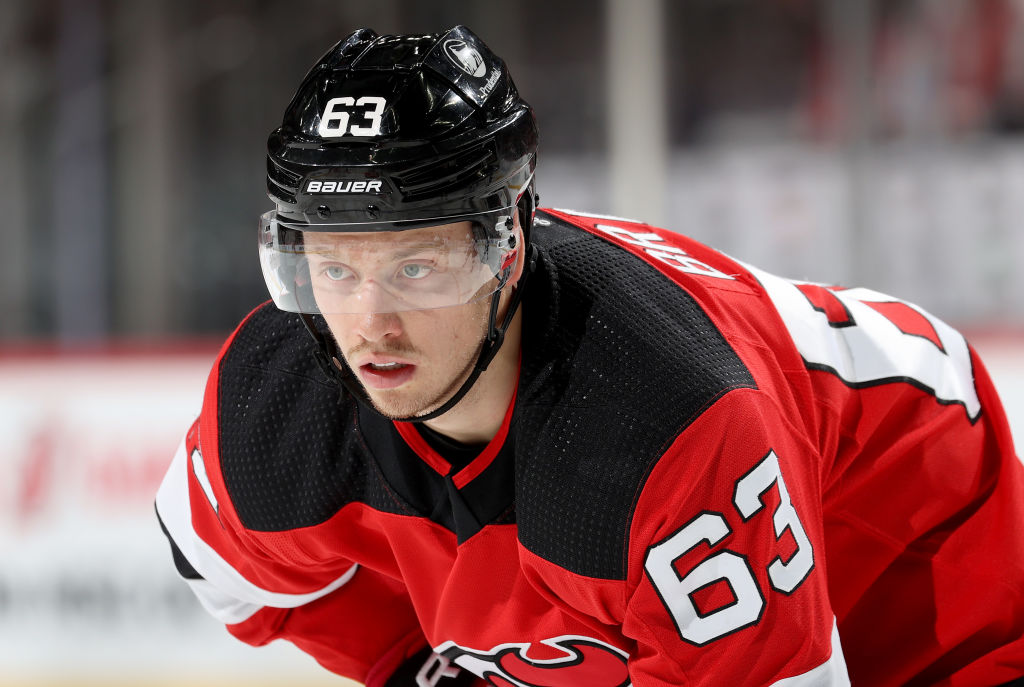 The NHL waiver wire can be a crazy place in fantasy hockey leagues. This season is no exception as we were not supposed to be here. Remember the "one-month fantasy week" ladies and gentlemen? That is a thing of the past because of COVID. Now, with NHL players staying on this side of the world, we have a "two-week fantasy week" with makeup games. That's right. There will be 98 games played in all from Feb. 7-23.

In between, there is an All-Star Weekend and an All-Star Game. Even with COVID, the game is being held in Las Vegas this year. Will that cause more problems? No one has an answer for that question. First, let's dive into the number of games teams are playing and then the coveted waiver wire.

In Week 16A, our focus emphasizes the lopsidedness of some team schedules. This should help fantasy owners as there is a solid balance of scheduled games along with a break.

The tall forward is basically the best way to describe Tage Thompson. He is 6'7" but displays a set of hands that get taken for granted. Quietly, he has put up 28 points in 39 games while firing 122 shots on goal. It is hard to believe that Thompson is playing four minutes above his career average when it comes to ice time. He has earned this. Thompson is listed as a center or wing in leagues so check eligibility. Regardless, the forward has 14 goals, which exceeds his career-high of eight set last season. He already has hit double-digits when it comes to power-play points. The light bulb has switched on for the 24-year-old and yet he is a player who can easily be claimed on waivers. Thompson plays three times during this Week 16A.

Sometimes Carter forgets to shoot the puck. Lately, he is still racking up some points. He has six in his last five games alone. This inspired Ron Hextall and company to re-sign Carter to a multi-year extension. The center has a solid 26 points in 36 games. He is still averaging 3.08 shots per game. At 37, that is something one would not expect. Pittsburgh plays four times in this stretch with the sandwiched All-Star Break. Something else that Carter is doing more quietly is winning faceoffs. The center has won 56.9% from the faceoff dot (leads all Pittsburgh players). The veteran stuffs too many categories not to take at least consider adding off the waiver wire.

The fun part with Murphy is offensive production has dropped off this year and yet, he is in demand again. The Chicago defenseman fills three main categories. They are average time on ice, shots on goal, and blocked shots. Some will argue four because his hit rate is at 2.18 per contest. So, in a banger league scenario, Murphy warrants a look at the minimum. He is averaging 2.6 shots per game over the past five contests. That is considerably up from barely one a night for most of the 2021-22 season. Again, Murphy is not going to produce a lot of goals or assists for fantasy owners. However, when healthy, he is going to fill a lot of those more elusive categories.

After Holtby faces his former teammates in Washington on Friday night, Dallas still plays four times over this long "fantasy week" coming up. Holtby is still proving himself to be the more consistent goaltender in Dallas, which is likely boosting his trade value. Holtby has three straight wins and stopped 36 of 37 shots in New Jersey on Tuesday night. The Dallas goalie is 9-8-1 on the season with a goals-saved above average (4.6). Consider that this metric was double digits in the red over the past two seasons and this represents a marked improvement. Teams need a viable backup goaltender before the trade deadline passes. Fantasy teams need a reliable depth goaltender as well.

This is one of those times where it is okay to load up on players that play a ton. Jesper Bratt and the New Jersey Devils play six times in this "two-week week." Bratt now has 14 goals and 24 assists in 39 games for the Devils. Now, New Jersey does have a back-to-back before the All-Star Break and then another after. It is going to be a wild ride. With Bratt on a six-game point streak, the time is now to ride Jack Hughes' right-hand man so to speak. Quietly, Bratt is up to nine power-play points as the New Jersey man advantage shows some signs of life.

For a top-four defenseman, Rasmus Andersson keeps evolving as a blueliner for the Calgary Flames. Andersson has a four-game point streak at press time and is starting to shoot the puck more again (15 shots in this recent run). The ice time is still rising slowly (almost 23 minutes a night the past couple of weeks). Andersson even found the back of the net finally against Florida on Jan. 18. Again, he has 20 points in 38 games with an increased shot and scoring chance volume. The Swedish defenseman may just score a few more goals during the second half. The even better news is that Calgary plays five times during the long fantasy week and still has more than half the season to go.

This is going to be different. The good news is that Washington plays five times over the next couple of weeks. That means Vanecek should see a couple of chances to start. The Russian goaltender has had five starts in the last two weeks alone. He went 3-2 in those contests with a shutout as well. Overall, the Czech goaltender has outplayed Ilya Samsonov (14 goals allowed in last four starts) of late and Peter Laviolette seems to trust him a bit more right now. Vanecek's overall record (9-6-5) may not show it but he has improved slightly over his rookie season. As long as Vanecek plays at a decent clip, the "1A" spot is his.