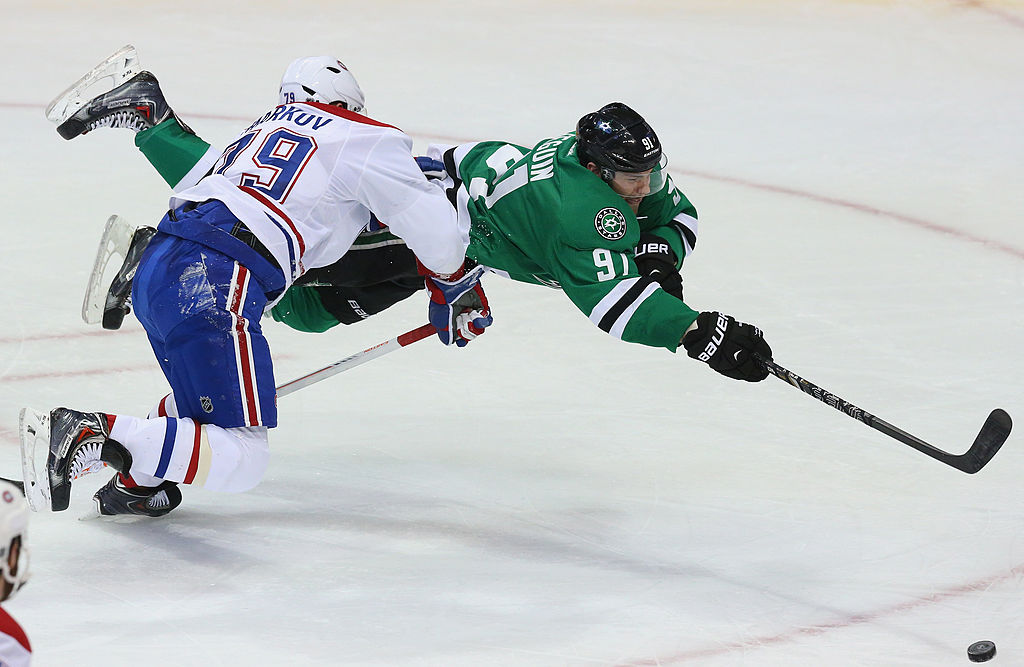 As we take a quick plunge into Week 16, we take note of what some of the fantasy platforms have given us this last week. When it comes to making up the postponed games (98 in all), these contests will take place between Feb. 7 and Feb. 23. That is going to change some things up here a little. So, to keep things uniform, we will be doing the following.

To get more technical uniformity with the other platforms, next week will not be Week 17 from a chronological sense, it will be Week 16A. The A being for alternative as that "week" will be two weeks. The games before and after the All-Star Break will be counted. After that, each week will go in order and be "normal" for the rest of February. So, to recap...

Okay, that was easy. Let's get into this week.

The great news for those who own Bratt is that Jack Hughes is healthy and passing the puck incredibly well. That will feed the Bratt. On Sunday night, he had two goals against the Los Angeles Kings and even got a double minor for roughing. New Jersey plays three times this week and the duo are always a threat on the ice. After a slow start, the Swedish winger now has 36 points in 37 games. That includes 13 goals as he remains on pace for 30+ markers. Bratt has seven points in his last five games while providing steady production. His shot volume and chance creation have risen in each of the last three seasons. Bratt is approaching a rate of three shots per contest since the start of December. With his power-play production just starting to get going, Bratt is an asset to have.

is this a leap of faith? Yes. Tyler Seguin for the first time all season looked like the Seguin most remember last week. In three games, he had six points and 16 shots on goal. Granted, these were in games against Montreal, Detroit, and Buffalo but it is a sign of progress. Think about the surgery and recovery that Seguin endured last season (only played three games) and the slump he went into at the start of this campaign. While he is nowhere near his shot rates of 4+ per game, the center is starting to see his ice time approach 18-19 minutes a night. He even played 21:55 against Montreal. It is at least a sign that Seguin is starting to feel more like himself. That is great news for fantasy owners who held on to him.

This is simply Auston Matthews being a victim of the schedule. The last two games were a bit of a letdown for the Toronto center. He had just one helper and only two shots on goal in each contest. Going into a week where Toronto plays just twice is a bit troubling. Yes, his goal rate is at 0.714. He has more than a point a game and is averaging 4.42 shots on goal per game and over four scoring chances a night. Those are elite numbers. However, only getting to see those twice as opposed to three or four times makes a difference. Toronto plays at home against Anaheim on Wednesday and then in Detroit on Saturday. Both are good matchups but again, Matthews could get a bit out of rhythm due to lack of activity.

This is another one of those that will surely cause much anger but Chris Kreider currently is tied for the league lead in goals with 29. That does not make sense. Give Kreider credit for being opportunistic and being on a crazy goal-scoring wave. He has eight goals and two assists in his last five games alone on just 19 shots. That is greater than 40% for the math majors out there. Overall, Kreider is shooting at 22.1% on the season (3.12 shots per game). The forward averaged around two shots a night most seasons. What is the difference this year? Confidence. However, things are about to get tougher as teams key on Kreider. Expect him to face Anze Kopitar and Minnesota's defense this week. That will be a challenge.

The spotlight always shine brightly on Cale Makar and rightfully so. Makar is a likely Norris Trophy finalist at the end of the season barring something unforeseen. However, for fantasy purposes, Devon Toews is having a phenomenal season. He is blowing through his career highs and already has eight goals and 31 points in just 28 games. His other numbers are pretty good as well. He averages 2.3 shots per game and a little over a shot and blocked shot per contest. Add in the fact that he has a league-leading +33 on the season. There are some absurd numbers that are likely to not slide back much over the second half of the season. Also, Colorado plays four times this week. That is opportunity enough.

The expectation is that with Los Angeles on their East Coast trip, Doughty's offensive production will trend down as it already has begun. He has just two assists in his past five games. The shots on goal are encouraging along with the hits and blocks but a goal here and there would be nice. He has just four in 23 games on the season. Doughty will have tough matchups against both New York teams this week where chances expect to be a bit more limited. At what point do his peripherals begin to drop again. He is not 25 anymore.

All Husso keeps doing is winning. It is pretty straight forward as the goaltender just keeps producing when given the opportunity. St. Louis is in the top 10 when it comes to scoring at 146 goals. They have one of the most balanced offenses in the entire NHL. All they need is a goaltender that plays steady in the net. Enter Husso who is now 8-2-1 in 11 decisions with a goals-against under 2 and a save percentage of .941. Husso just calmly stopped 66 of 67 shots during wins in Seattle and Vancouver over the weekend. He notched his second shutout of the season in Seattle on Friday night. The likelihood he starts at least twice in the three Blues' games this week is very high.

It was thought that Talbot would return to play over the weekend in the home-and-home against the Chicago Blackhawks. However, Kaapo Kaakonen started both games and won both games. Talbot was last seen during the Winter Classic against the St. Louis Blues where he allowed six goals on 28 shots. He only played two periods and it marked the second time in a row he did not finish a game he started. Talbot has won his fair share of games this year off the coattails of the Minnesota Wild offense. Minnesota averages 3.81 goals per game. They just need a steady hand in net. If Talbot returns from injury this week, he is likely to play only one of the New York games on the road (maybe his former team in the Rangers).