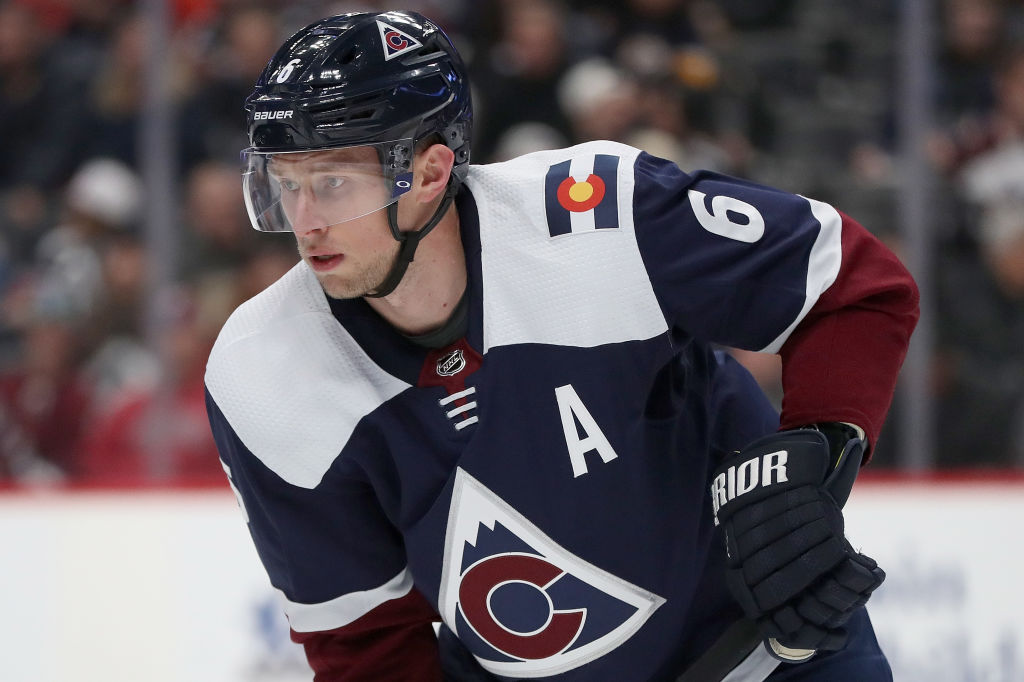 The NHL waiver wire is never a dull place. There are a few targets we have in mind for this upcoming week. Note the teams and how much they place this week below.

In Week 15, our focus expands as games get postponed and rescheduled at a breakneck pace.

The biggest knock on Kerfoot as a center is that he just does not shoot the puck a lot. On the other hand, he has 25 points in 35 games this season. The lack of peripherals does hurt but six goals and 19 assists are quite respectable. For leagues that count it, Kerfoot is a +19 and on pace for at least a 50-point campaign. That would surpass his career-high of 43 points set in his rookie year with Colorado. He has two goals and seven assists with six shots on goal in his last five games -- most of those are without Mitch Marner as Toronto continues to find secondary scoring.

Alas, the frustration in New York with Brady Skjei was that his offensive game never was consistent enough. The Carolina Hurricanes defenseman has four goals and two assists in his last five games. More importantly, the blueliner is creating shots and chances. He had 4+ shots in two of the contests, which is rare for Skjei. If he can keep that shot rate above two shots per game, that is encouraging. It has been hard for Skjei to do so. Now, Skjei does not see substantial power-play time but maybe this latest streak will get the defender a little more time on the man advantage.

It is fascinating to see what happens when younger goalies start to battle the established veterans. This may be the case with Husso as he and Jordan Binnington may start to split more starts. The 26-year-old has won consecutive games with 30+ saves in each outing. It is not a secret that Jordan Binnington is struggling a bit. Husso is taking advantage of his opportunities. He is 5-2-1 in eight decisions and has a 2.13 goals-against average and a .935 save percentage. Even after a month off, Husso was hardly rusty at all. Seattle is not a big win but Washington was a significant one. He will be one to watch as the Blues' schedule heats up in the coming weeks.

This is going to be fun, isn't it? After Darcy Kuemper got yanked in one start and gave up five goals on 32 shots in another, Pavel Francouz has won both of his starts after the extended break. After a long recovery from injury, Francouz still has some work to do to get his game in order. On the other hand, Colorado needs a goaltender. They have the offense and defense. The Avalanche needs a goaltender that can make the crucial saves that Philipp Grubauer was able to last season. This could be a goaltending situation to monitor as Francouz gets a few more starts. After all, Colorado plays four times in Week 15.

Jeannot has become a runaway success in Nashville. Injuries and necessity have thrust the middle-six forward into more prominent offensive situations. He has not shied away from contact or the spotlight. He does not shoot the puck a ton but Jeannot has 12 goals and 11 assists in 38 games. He can rack up a few penalty minutes as well, as the forward has 64 on the season. Jeannot is great in banger leagues as he is averaging 3.2 hits a night for Nashville. The forward is one of those players that makes the most of his chances (shooting at 20.7%).

For a depth defenseman, Erik Johnson is a veteran that can be serviceable to a roster. He is a third-pairing blueliner for the Avalanche. The fact that he has a point every other game or so is significant. He also has 55 blocked shots and 69 hits in 33 games, which again helps those other cateogies. For a player that only sees about 18 minutes a night, Johnson is worth a look as a depth fantasy option.

With Braden Holtby in COVID protocol, Jake Oettinger got a chance to go on a run of starts for the Dallas Stars. He has an excellent 9-2 record with a 2.20 goals-against average and a .923 save percentage. Before the extended Christmas break, Oettinger was winning but struggled to stop shots a bit. Again, with no one else to challenge him right now, this is his show. Overall, he has four straight wins and like Holtby, gives Dallas a chance to win most nights.