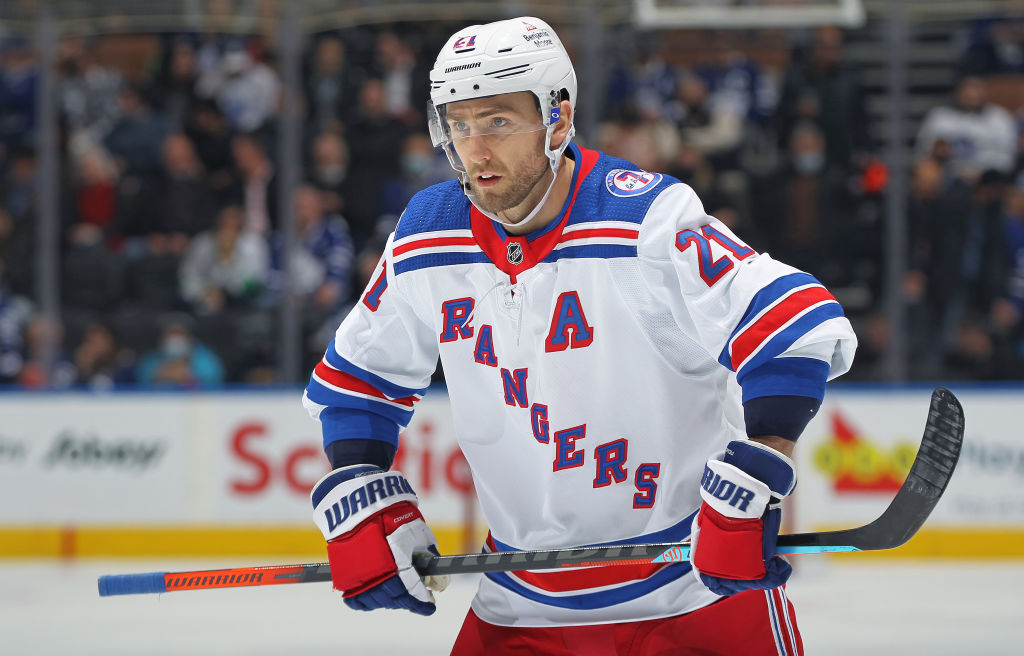 The NHL Waiver Wire during this latest wave of COVID has been an interesting one. Here are some of the more buzzworthy players over the next seven days.

This week, our focus lies on the "still desperately available."

The Toronto Maple Leafs forward has suffered a myriad of injuries over the past few seasons. This COVID pandemic has been particularly brutal on the Russian forward. He played 39 games two seasons ago and looked to be on his way to great things. Last year most of the injuries were in the offseason but Mikheyev just was not right. This season, he returned on Dec. 14. Then, the pause came. Since then. he has three goals in his last two games. This is all while averaging 4.33 shots per contest. As long as the Russian keeps playing around 15 minutes a night, he will keep piling up scoring chances and shots. Toronto plays three times over the next seven days and with Mitch Marner just going on the COVID protocol list, Mikheyev may get even more opportunities on the man advantage. Opportunity knocks!

There was a time last year where some thought Marco Rossi would never play hockey again. He had developed a severe case of COVID. Rossi could not breathe right and even daily tasks took great effort. Eventually, the pivot would recover. This season, Rossi ended up starting his campaign with the AHL's Iowa Wild. All the center did there was run "Wild" through the AHL, averaging around a point a game. When injuries and COVID began to hit Minnesota hard again, Matt Boldy and Rossi were both called up to the big squad. Rossi has already played in one game and was on the ice for 16+ minutes. He had two shots on goal and three scoring chances. Minnesota plays just twice this week but there are many rooting for this young center to do well in his first callup.

Alas, with the injury to Cam Talbot, this is Kaapo Kahkonen's show for now. The 25-year old goaltender is finding his second season in the states to be a little better than the first. Don't get me wrong. A 16-8 record is quite good but honestly, Kahkonen will even admit he was average to below-average most of his rookie campaign. He made several adjustments in the offseason. One of the biggest tweaks was the Finnish goaltender "slowing the game down in his head". He found himself thinking about too many things instead of focusing on controlling what he could control. So far this season, the goalie has a 5-2-1 record in nine appearances with a .913 save percentage and 2.59 goals against average. He has four straight quality starts and three wins in that span. That included stopping 36 of 38 shots against the mighty Boston Bruins. Minnesota plays just twice in the next seven days so Kahkonen will be rested.

It is fun to see these players start to break out early in their careers. Oliver Kylington is no exception. He is still just 24 years old, which seems hard to believe. The Swedish defenseman has had a rough go of it early in his career. Then, this year happened. In 31 games, Kylington has four goals and 15 assists. One of the biggest things the blueliner is doing is shooting the puck more. This is a nice way of saying he is being more assertive. Over his last five contests, Kylington has four assists and 18 shots on goal. He has seen 19+ minutes of ice time in every one of those contests and twice was over 20 minutes. Sadly, Calgary plays just once this week but it may be a good idea to stash the young defenseman now before some other fantasy owner gets the same idea.

This will be interesting as Barclay Goodrow is heating up offensively. He has five points in his last four games. He has played 17+ minutes in every one of those contests. One of the endearing attributes that Goodrow has is he can take faceoffs. Playing from the center position is natural for the Ranger player. Two of his three goals in this span came while patrolling the middle of the ice. This latest little run has Goodrow up to 16 points in 35 games. That is basically a point every other game. He has seven goals already and his career-high is eight. His career-best in points is just 26. It is safe to say he is blowing past those this season. While he will not shoot 16.7% forever, expect Goodrow to possibly be a 15-20-point player over an 82-game schedule in New York.