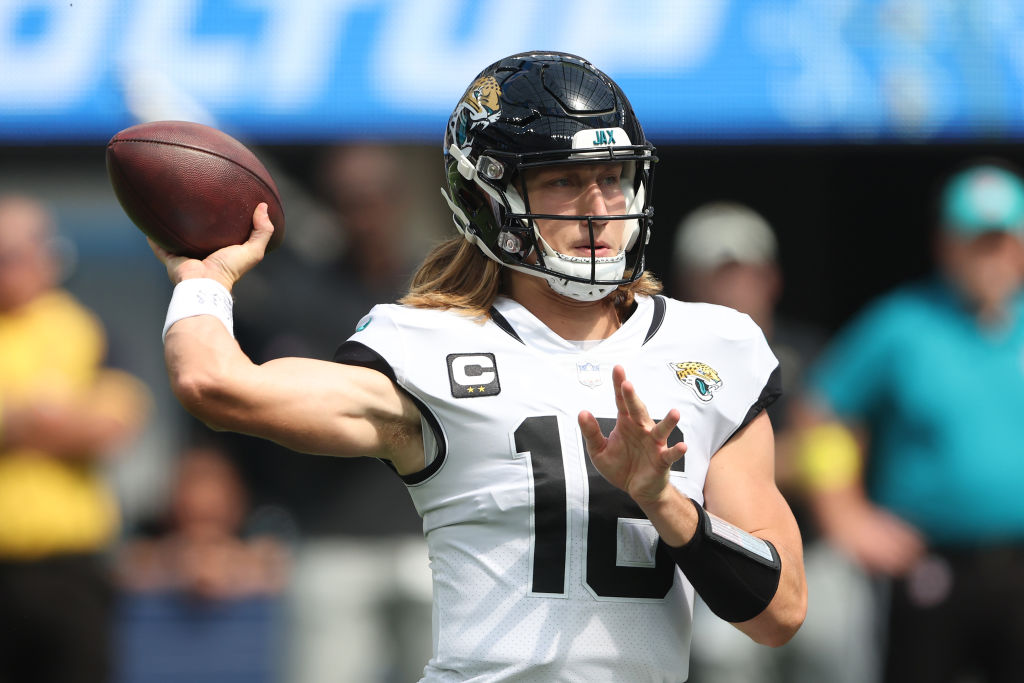 Prize Picks is offering tons of great prop bets for this year’s NFL playoffs just like they do each and every week of the regular season. It’s a fun and easy site to make bets on. They give you a stat for each player and you pick More or Less. It doesn’t get any simpler than that.

This matchup sets up perfectly for Lawrence to compile a ton of yards this weekend. We all know the Kansas City Chiefs have one of the most dangerous offensive attacks in the league so the Jags will be forced to throw the ball to even have a chance of keeping pace. That’s what you want to do against this defense anyway because they are significantly better against the run than the pass. There is little chance the Jags’ offense looks anything other than one-dimensional throughout the majority of this game.

In his playoff debut last week, Lawrence blew past this mark throwing for 288 yards. We’ve also seen these two teams play earlier this season and he threw for 259 yards. It would be a shock to see him fall short of this number this week. Especially since this Prize Picks line is about six yards lower than most lines you’ll find out there. Also, according to our NFL Over/Under Prop Bet Rankings tool, Lawrence has hit the over on his passing yards prop 60% of the time this season. That’s the fourth-best in the NFL.

There aren’t a ton of options this week for a passing yards prop for obvious reasons. However, this bar is set low enough that Jones should hurdle it easily despite a tough matchup. He has been playing well as of late throwing for more than 300 yards in two of his last three games. This is another game where his opponent is likely to put up points in bunches and force Jones to keep throwing. There may be a handful of picks and it may not be pretty because of the Eagles’ stout defense, but he should throw the ball enough to get past 217.5 yards on Saturday night.

This is a low number for Zeke to hurdle no matter who the opponent is. This is most likely because he’s coming off a bad game. Nonetheless, the bar has fallen too low to pass up on this bet. Excluding Week 18 when he didn’t play much at all, Zeke passed this line in every game he played his season. While his numbers are down the past few weeks he’ll still get to 35 yards and likely a decent amount more. He averaged more than 58 yards per game this season and according to our NFL Over/Under Prop Bet Rankings tool, he hit the over on his rushing yards prop 53% of the time this season.

The Pick: More than 34.5 Rushing Yards

If you see a line set this low for this good of a player you have to take it. The matchup against the Cowboys isn’t overly scary as we’ve seen their 22nd-ranked rush defense get gashed multiple times this season. It’s the Achilles heel of their defense and it would be shocking if the 49ers don’t run it a ton in this game. McCaffrey has topped 100 rushing yards in four of his last six games. We expect much of the same this week. It wouldn’t be a shock if he comes close to doubling this line. According to our NFL Over/Under Prop Bet Rankings tool, CMC has hit is over prop in rushing yards 53% of the time this season.

The Pick: More than 65.5 Rushing Yards

This matchup should favor Pollard getting more dump-offs than usual in this game because of the pressure the 49ers front will put on Dak Prescott. This has held true throughout the season for running backs as well. Despite giving up the fewest rushing yards to running backs this season they rank only 17th in the league when it comes to giving up receiving yards to running backs. Look for Zeke to be the man who handles the tough yardage and blocking, and Pollard to be in for short passes. Based on the matchup you may see both on the field at the same time a decent amount in this game.

The Pick: More than 19.5 Receiving Yards

Last year, we watched McKinnon dominate in the playoffs and he’s been doing much of the same this year down the stretch. In three playoff games last season he piled up 165 receiving yards. Excluding Week 18 when he barely played, he cleared this bar by a lot in three of his final four games averaging more than 66 receiving yards per game during that stretch. These teams already played this year and McKinnon went off for 56 yards through the air. Which makes sense because the Jags are allowing the fourth-most receiving yards to running backs in the NFL.

According to our NFL Over/Under Prop Bet Rankings tool, McKinnon has the third-best rate of all running backs at hitting the over on his receiving props at 67%.

The Pick: More than 33.5 Receiving Yards