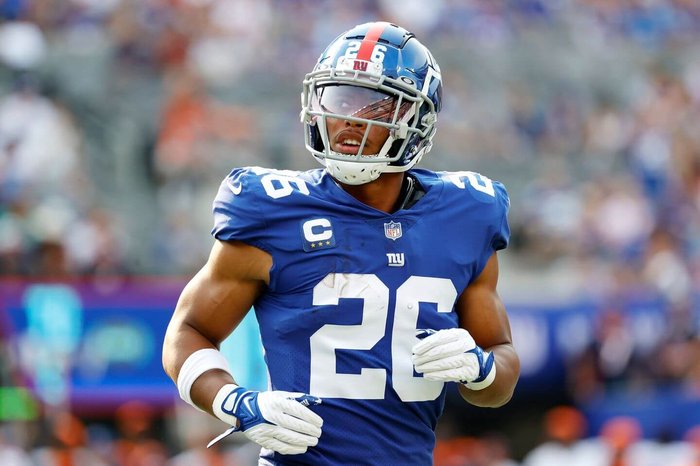 After a Super Wildcard Weekend that featured three inter-divisional matchups, we get another inter-divisional NFC East matchup in the Divisional Round featuring the New York Giants and the Philadelphia Eagles. The Eagles won both matchups during the regular season, so the Giants will have their work cut out for them as they visit the City of Brotherly Love this week.

The Giants come into this game with momentum after upsetting the Vikings on the road last week. But things get a little less rosy when you look at the 48-22 drubbing they took against the Eagles in New York (New Jersey) in Week 14. Yes, they only lost 22-16 in the second matchup during Week 18, but there were much much lower stakes in that matchup (and the Giants didn’t play a lot of their starters) so I’m not going to put too much stock in it.

All that said, inter-divisional matchups can get a little kooky as familiarity can breed other things besides contempt. And a third matchup definitely counts as familiarity.

Daniel Jones has looked like a different person under Brian Daboll and has cut down on the turnovers that made him look like a first-round bust for the past few years. Saquon Barkley is also in the running for Comeback Player of the Year for good reason as he’s shown the burst he had pre-injury and will be a large part of any success the Giants have on offense this week. Their defense, however, ranked in the bottom 10 in the league in terms of yards allowed per game, so that’s a little worrisome as they face a high-powered Eagles offense.

The Eagles come off a bye week and have now had two weeks to prepare for a division foe that they’ve already defeated twice this season. Jalen Hurts has played like the MVP candidate he is all season, while A.J. Brown and Devonte Smith have looked like one of the best wide receiver tandems in the league. With Dallas Goedert healthy again, the Eagles offense is all-systems-go this week. Which is bad news for the Giants as the Eagles scored the third-most points per game this season. Philadelphia’s defense has also been a wagon all year as they allowed the second-fewest amount of yards per game in the league, and generated the fourth-most turnovers.

I’m rooting for the Giants this week because my son wants them to win, but I just don’t see it happening. The Eagles are healthy, fresh, and have had time to prepare. While I expect the Giants to try and slow the game down (which is why I’m looking at the under), I don’t think they’ll be able to slow the Eagles down enough to the point where this game is ever in doubt. As such, I’m taking both the Eagles money line and also picking them to cover the spread.

Barkley put up 56 receiving yards on six targets last week. He also headed into the playoffs seeing eight or more targets in two of his last three games. That’s the volume we love to see, and the type of volume that will get us to the promised land for this Prop. Our Prop Bet Tool has Barkley projected for 36.5 receiving yards, and I can easily see that happening as the Giants lack true receiving weapons, and Daniel Jones is going to need a check-down option against a strong Eagles front.

This is our Prop Bet Tool’s favorite prop bet in this game as it has Brown exceeding this total by 27% with a projected 91 yards. Brown heads into this game having surpassed this total in each of his last four games. One potential downside here could be that the Eagles won’t throw as much if they grab a lead. However, a lead would likely involve some damage from Brown so I think we still have some safety there. In a one-and-down situation, I’d be surprised if Brown doesn’t come close to (or exceed) double-digit targets. And if he gets to double-digit targets, we’re going to get to 72 or more yards.

Before I make this recommendation, it’s worth noting that the Eagles allowed the fewest passing yards per game in the league this year. It’s also worth noting that Jones does a lot of damage with his legs. He only had 169 passing yards in their Week 14 matchup, but I still think there’s money to be made here as this is a relatively low total. Jones threw for 301 yards last week, and he’s likely going to have to throw the ball this week as the Giants are probably going to need to play catchup. This is far from a lock (which is why I have it third), but it’s still a bet I like this week. And our Prop Bet Tool does as well as it has Jones projected for 246 passing yards.