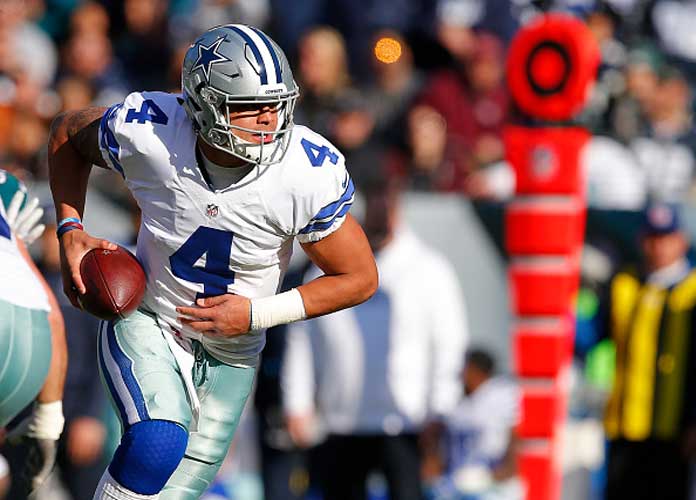 The Cowboys have had a strange year as they started hot (including some Cooper Rush-led wins while Dak Prescott was out), had a bit of a middling stretch, and then finished hot. Their record (at least in my humble opinion) makes them sound better than they’ve looked on the field, but they come into this game having won six of their last seven (and no, I’m not counting the game against the Commanders that they didn’t care about).

On the positive side, CeeDee Lamb has taken a leap as a true alpha receiver (107 receptions for 1,359 receiving yards and nine touchdowns) and Tony Pollard (almost 1,400 all-purpose yards for 12 total touchdowns) has established himself as an all-around weapon to complement Ezekiel Elliott (876 rushing yards for 12 rushing touchdowns) our of the Cowboys backfield.

The Buccaneers have had one of the stranger playoff seasons in recent memory (as evidenced by their 8-9 record) and have essentially limped into the playoffs starting all the back in Week 1. Tom Brady has looked like a shell of himself (to be expected for a 45 year old) and by “a shell of himself”, I mean as much as one can look like a shell of themself while still throwing for 4,694 yards. While the yards have been nice, he only threw 25 touchdown passes – down 18 from last year’s 43.

All that said, the Bucs have looked relatively better as of late and Mike Evans and Chris Godwin have been showing a pulse, while Leonard Fournette and Rachaad White" data-toggle="modal" data-target="#player-pop-up" href="/nfl_player_news/Rachaad_White/">Rachaad White have formed a solid tandem in Tampa Bay’s backfield. The defense has held up well despite a myriad of injuries, and Offensive Coordinator Byron Leftwich’s offense has started to look at least somewhat competent.

While I realize they’re still an underdog, this is also the same Bucs team that beat the Cowboys 19-3 back in Week 1 and we’re still talking about the great quarterback in any of our lifetimes. All things considered, I think there’s enough betting upside to go all-in on the Bucs here as I just don’t trust the Cowboys (and their head coach Mike McCarthy). I’m taking the Bucs to cover and win outright, while also thinking there will be enough offense to hit the over on Monday night.

Said another way: are you willing to take a risk on Tom Brady at home in the playoffs? I am.

The Bucs have a good run defense, but they haven’t been as impenetrable as recent years. Enter Tony Pollard. Pollard has been the Cowboys most valuable running back (player?) this season and he topped this total in seven of his last nine games – not counting Week 18. The Cowboys will strangely never abandon Ezekiel Elliot, but they’ve been committed to giving Pollard the ball however they can (more on that below). At one point toward the end of the season, his carries were in the double digits for nine straight weeks. With Pollard’s 5.2 YPC average on the year, double digit carries gets us to this total. And for what it's worth, our Prop Bet Tool agrees with me as it has him projected for 62.5 rushing yards with this being the tool's favorite prop bet in this game.

I’m trying not to get too caught up in Evans’ 207 yard performance from his last game two weeks ago, but it’s hard not too. After a bit of a mercurial season, Evans exploded to help the Bucs clinch the playoffs in Week 17. Without putting too much stock into last week, Evans still saw at least eight targets a game in each of his last four games so he’s been trending upward. As long as he gets his share of targets, Evans should easily top 63.5 yards against a good-but-beatable Cowboys secondary. The Prop Bet Tool has him projected for 79.9 receiving yards, which is a 26% improvement (that's high) over the original line.

Back to Tony Pollard! Remember when I said the Cowboys like giving Pollard the ball however they can? Well, that’s still true! And if we’re assuming he’s going to top 45 rushing yards, then we really only need 20ish receiving yards to hit on this prop. During the aforementioned nine-game stretch above, Pollard was also seeing heavy involvement in the passing attack with six-plus targets in five of those nine game. As long as the Cowboys use Pollard as much as they should (and they should, it’s the playoffs!), 70.5 combined yards will look comically low after the game. And I'd also be remiss if I didn't mention that the Prop Bet Tool has this projected at 86.1 combined yards.